There ain’t no party like a Rocky Horror Show party!

What an absolute feast for the senses this is. The cast, the music, the gags, the costumes, the lighting design, the choreography, the audience……everything was just as it should be – absolutely thrilling!

There is no other show in this world that grabs the audience and takes them on an journey of absolute wackiness and wild escapism like this ones does.

The plot (loosely) centres around young, introverted couple – Brad, played by the truly delightful Ore Oduba, and Janet, played by the divine Haley Flagerty, who on their way home from a wedding become engaged just moments before their car breaks down. With no help to speak of, the couple take refuge in a nearby castle, where mayhem and sexual adventure awaits them.

The couple are greeted by Riff Raff (Kristian Lavercombe) who welcomes them in his own menacing manner and introduces them to the wild world of Frank N Furter (Stephen Webb) .

Frank is determined to sexually liberate these two young, naive souls on this special night, as he reveals his newest creation “Rocky” and boy does he liberate them indeed.

Lavercombe and Webb show us that it doesn’t matter how much time has passed since this show debuted (nearly 50 years!) or how many people have played these roles, it is possible for these characters to still be as mesmerising and engaging as they have ever been. Webb is simply outstanding – everything about his performance is sensational. He oozes confidence and swagger, and the audience are eating out of his hands from the moment he begins “Sweet Transvestite”. Even during the curtain call you can feel the audience willing him to sing us just one more number.

The audience participation in this show is something that has grown over time and the actors expect it and rise to the bait. Narrator, Philip Franks, is ready and waiting for the heckles and is hilarious in his quick comebacks and gags: the audience love him for it.

It’s obvious that many of the audience have been to the show plenty of times (and they certainly dressed for the occasion) but it’s not just for the veterans. It’s an experience for all adult theatre goers, who have a sense of adventure and aren’t easily offended. Not many shows have the entire audience up on it’s feet within the first fifteen minutes. Who doesn’t want to do the Timewarp on foggy Monday night in Manchester ?

There is, quite FRANKly, no other show in the world quite like this one.

Manchester’s Opera House re-opening week has been filled with glitz, glamour and fabulous fancy dress – the raucous Rocky Horror Show is back in town on Manchester Pride week!

As we headed into the venue surrounded by fishnet stockings, French maid’s outfits and copious amounts of sparkle, it was certain we were in for an incredible night of entertainment.

Rapidly heading towards its 50th anniversary, cult phenomenon The Rocky Horror Show is still as popular as ever. Even before the show began the audience erupted in cheers and applause, as the best-dressed audience member stole the limelight – entering the auditorium in his very own fabulous Frank-N-Furter costume.

The show begins with high energy from the audience, as the opening number Science Fiction/Double Feature proved a big hit. The story begins with Janet (Hayley Flaherty) and Brad (Ore Oduba)’s day not really going as planned, as the prim and proper couple break down in their car and attempt to seek help at the creepy castle two miles down the road. Considering all they wanted to do was borrow a phone, the pair get a lot more than they bargained for.

The show really kicks in once we meet Frank-N-Furter (Stephen Webb) and the full ensemble – everybody was up dancing and singing along within the first 30 minutes of the show. There was no waiting for the inevitable Time Warp curtain call here! The audience also built up a gorgeous atmosphere during Brad and Janet’s A Light Over at the Frankenstein Place, taking out their phone torches and glow sticks out for the number.

A stand-out performance comes from Narrator – Philip Franks. His quick wit, cheeky jokes and comedic timing had the audience shouting out heckles from his first line, and his jokes rely on an equally quick-witted loyal audience playing along with him. He did not get caught out once, and he gave it back as quick as he got it!

The Time Warp arrived in the show much earlier than I expected, and it had the whole auditorium up and dancing. Frank-N-Furter’s entrance was another stand out moment, with Sweet Transvestite being lapped up by the audience. It was raunchy, sassy and vocally powerful.

The creative team have done a superb job to create such a visually stunning show, from the set to the costumes. The set transitions beautifully from rainy windswept roads to the castle interior, and each one sets the scene perfectly. The costumes have a modern twist, but keep a close match to the character’s classic outfits from the original 1975 film. All of the costumes are clearly well loved throughout the show’s loyal fanbase, with some remarkable fancy dress being showcased within the auditorium and all over the cities bars following the show, I’m sure.

This show is a guaranteed party which features many timeless classics, including the show-stopping Time Warp. Catch The Rocky Horror Show in Manchester until Sunday 29th August – it’s the perfect way to start your Pride weekend! Tickets available here: https://www.atgtickets.com/shows/the-rocky-horror-show/opera-house-manchester/ 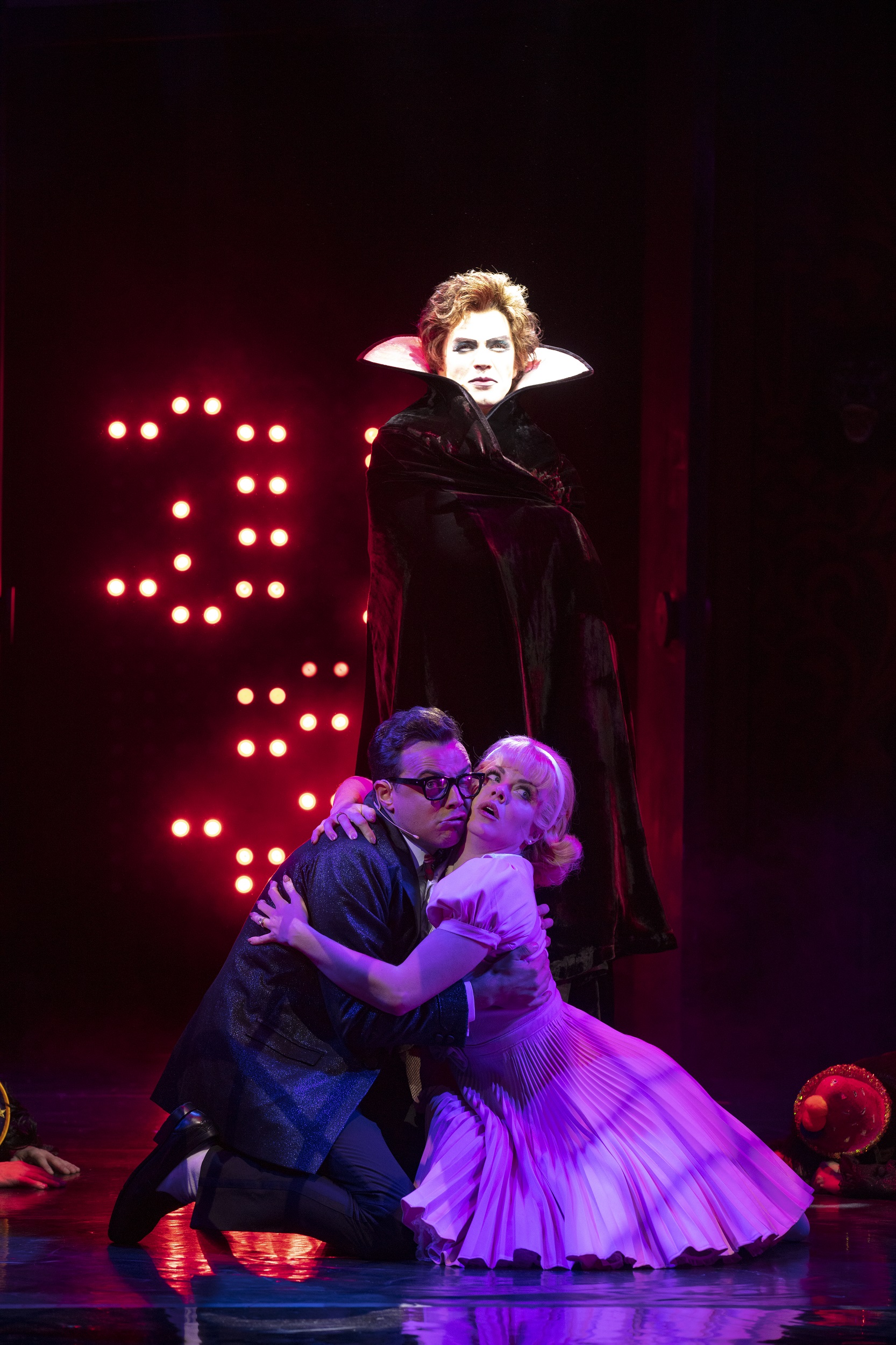 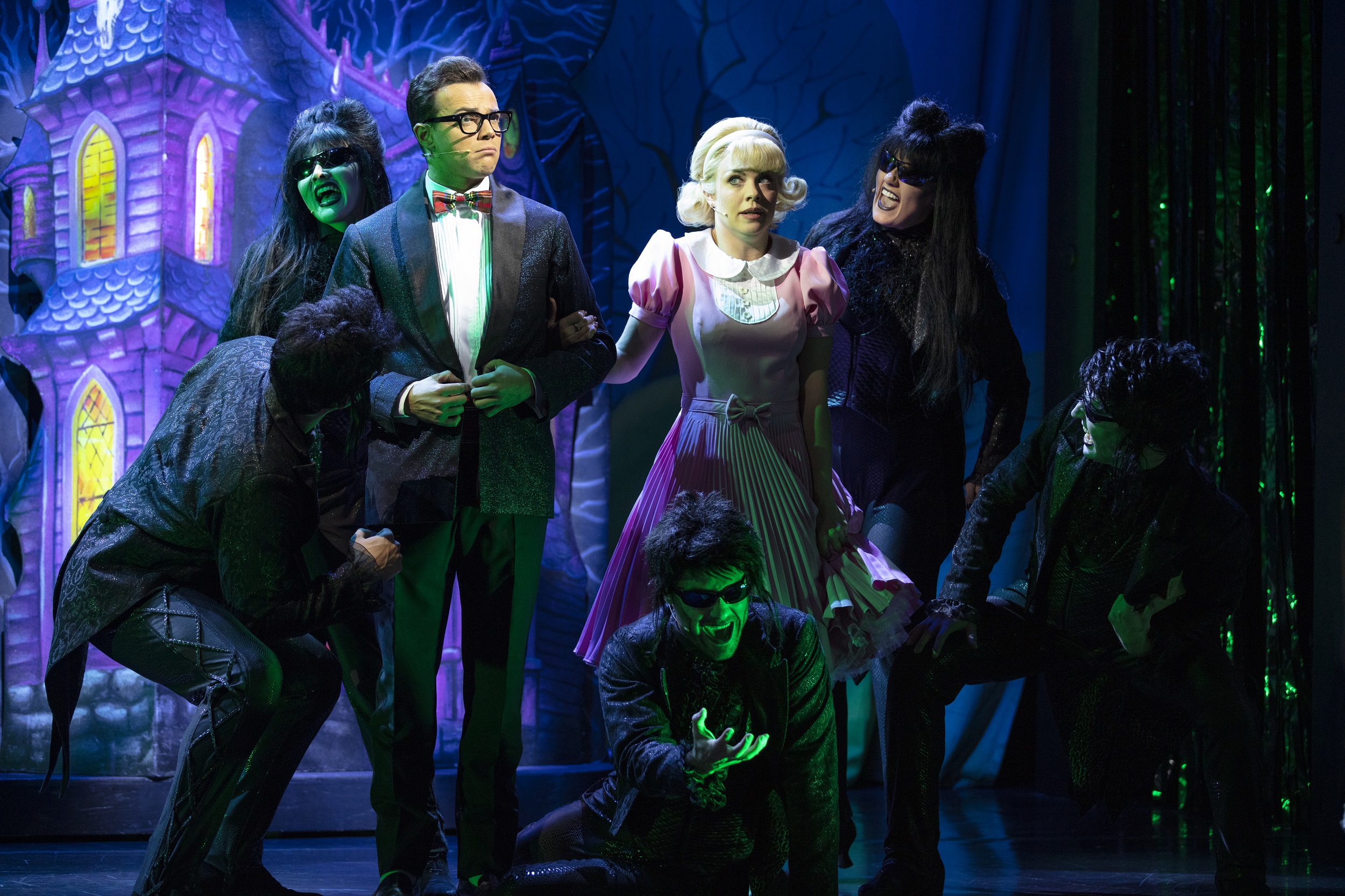 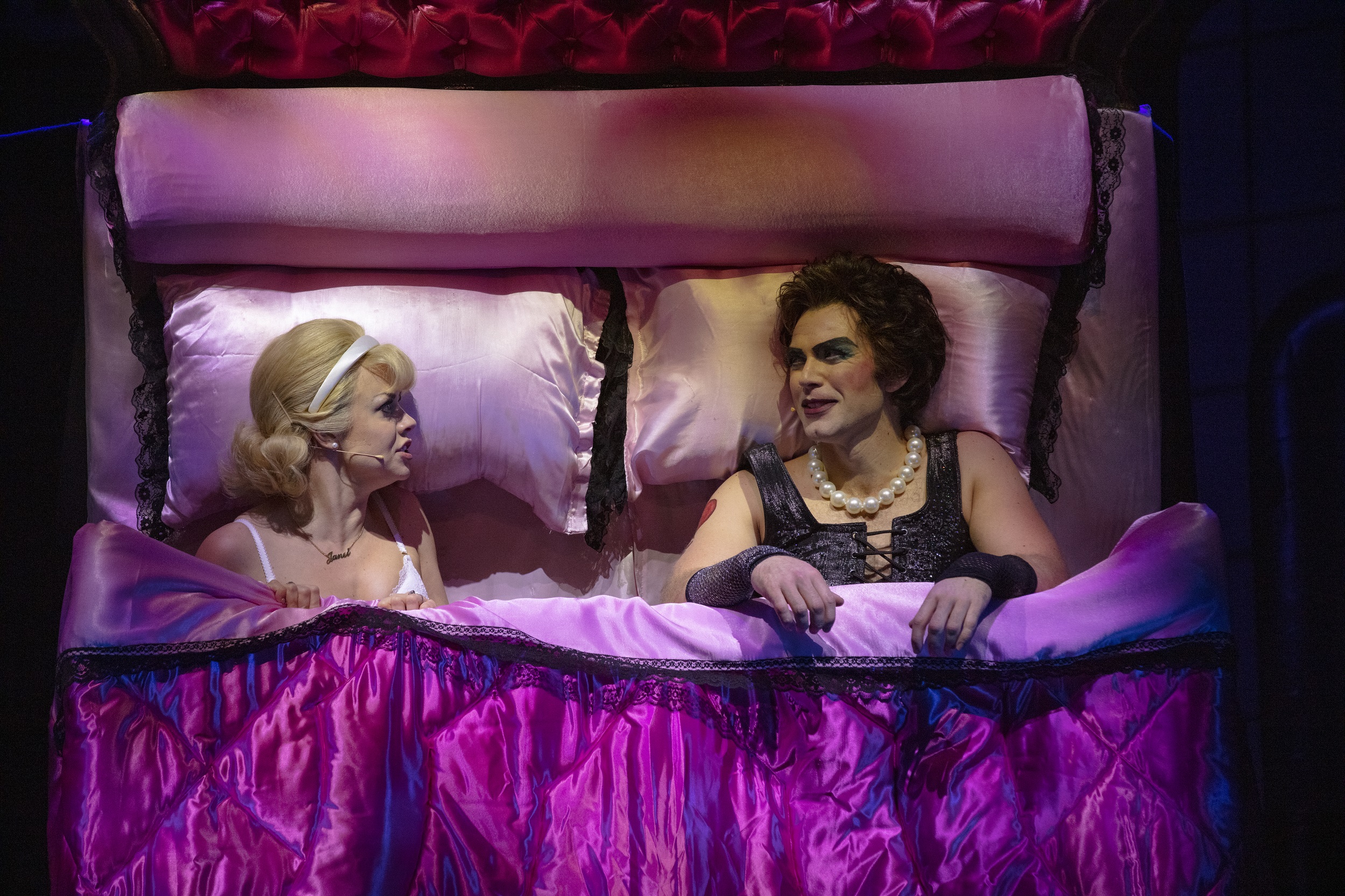