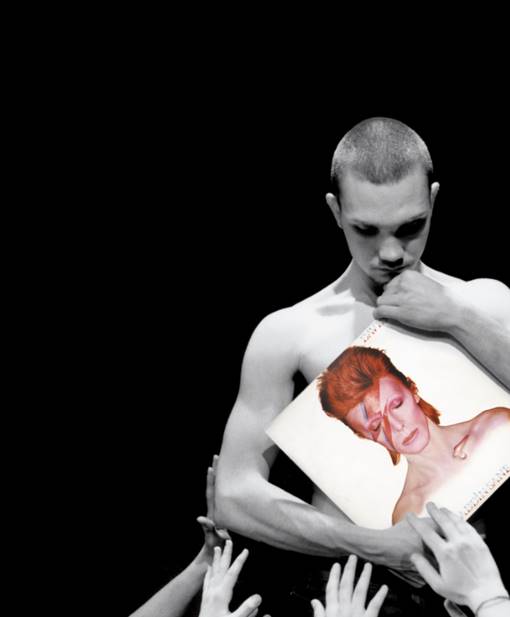 It was, of course, the immortal allure of David Bowie that drew us like a siren’s call to ‘From Ibiza to the Norfolk Broads’… an irresistible opportunity to hear his music; to listen to his voice (albeit brilliantly mimicked by comedian Rob Newman); to see his otherworldly face projected front and centre stage…

So, inhabiting protagonist Martin’s world – where Bowie shines perpetually like an ephemeral ‘Diamond Dog’ – takes no leap of the imagination at all. We first encounter him aged seventeen, and he is a broken bird of a boy: gripped by an eating disorder, he is prone to occasional self-harm and leads a reclusive, dead-end existence with his alcoholic mother.

Martin’s father left the family home when he was two years old, so when he stumbles across his estranged patriarch’s treasured collection of Bowie albums and memorabilia, an obsession is born.

On the morning of Martin’s eighteenth birthday, he is gifted an envelope; left to him by his erstwhile father, it contains a map of London that treads in Bowie’s footsteps.

Galvanised by the hope that it may ultimately lead to his father’s whereabouts, Martin scrapes together enough money to head to the capital – beginning his quest outside the wrought-iron gates of Stockwell Infants School, where David Robert Jones was the small boy with anisocoria eyes and a huge future…

First thing’s first, this is a ‘one-man show’ in the truest sense – a tour de force solo performance by the impressive Alex Walton [After the Blue, ISM, London Calling, Macbeth], who is seemingly inhabited by a cast of thousands. You see him morph from all-knowing narrator to angst-ridden teenager to wizened record store owner within seconds. Each character is as fully formed and believable as the last – leaving you with the impression of having been entertained by a whole company, rather than a single performer.

Walton’s emotional range is vast – taking him from an overexcited karaoke performer in a rough pub to the victim of an all-too-real panic attack in a greasy kebab house within minutes. (Anyone who has experienced crippling fear and breathlessness when anxiety strikes could find this a particularly triggering scene, although credit must be paid to him for a startlingly accurate portrayal.)

Curiously, although Bowie’s spectre engulfs the production from start to finish, anyone expecting a musical of smash hits is going to be sorely disappointed. His music is purely incidental – utilised to hint at Martin’s mental state, rather than a succession of rousing choruses taken from the hit parade. (Expect to hear snippets from Bowie’s more experimental side of his oeuvre.) Likewise, Set & Costume Designer Andie Scott delivers a pared-back aesthetic, which merely hints at Bowie – providing no more than window dressing to Walton’s considerable talent.

Writer & Director Adrian Berry (Artistic Director of Jacksons Lane Theatre in London) is to be especially praised for delivering a truly innovative narrative and production that is heart-breaking and humorous in equal measure, as well as avoiding all temptation to conclude with a definitive ending. Part of the great joy of this experience is walking away from the theatre and ruminating over what the final scenes mean for Martin, his father and the Thin White Duke himself. 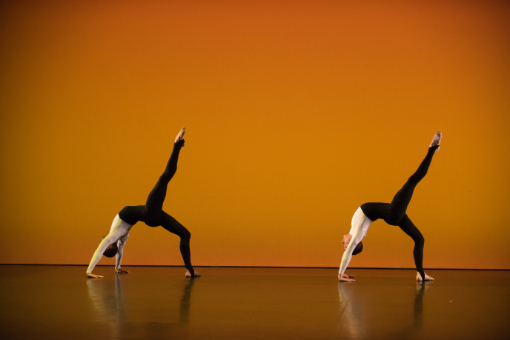 Act I: Satie Studs/Ogives Composite is set to the piano music of Erik Satie. The dancers execute the intricate choreography well and the piece flows as individuals contort themselves into complex and arresting positions. Each chord is matched by uniform movement complemented by the body hugging white and black bodysuits adorned by each dancer.

In Act II: Land, Clark sexes things up with PVC flares and pelvic thrusts all set to the Punk tunes of Patti Smith. The piece is sharp and sassy, with the strength and agility of the dancers on full display. Gritty and suggestive, fully of confidence and swagger, Act II is greeted with whoops and cheers from the audience.

Set entirely to the music of David Bowie titled, “my mother, my dog and CLOWNS!” (lyrics from the much loved Life On Mars), Act III is vibrant, exciting and a fitting climax to the works. Dancers dash around the stage in firstly gleaming gunmetal bodysuits to the sounds of Bowie’s last work Blackstar then later fiery vibrant orange ombre suits to the iconic 1973 sounds of Aladdin Sane. The piece is packed with energy, the choreography bold and engaging, a befitting end to the night. 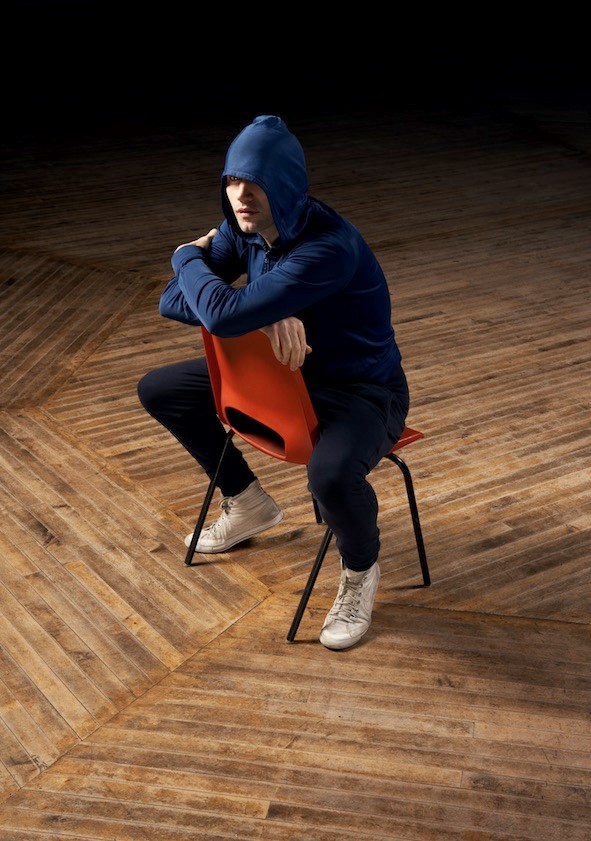 Co-produced by the Barbican, Michael Clark Company and Théâtres de la Ville de Luxembourg, Michael Clark Company returns to The Lowry on Wed 19 October with a new work ‘to a simple, rock ’n’ roll . . . song.’ the third act of which is set to the music of David Bowie, including the title track from his final album, Blackstar.

The performance, which will also feature Future Legend, Chant of the Ever Circling Skeletal Family and Aladdin Sane is the Company’s first at The Lowry since 2013. Steve Cowton, head of theatre operations at The Lowry, said:

“Michael Clark has an excellent reputation for collaborating with artists, designers, writers and musicians to help introduce dance to new audiences. He’s also no stranger to Bowie, whose music his company has performed to many times before. Blackstar is already part of music history and I am proud that The Lowry is able to bring this new work to North West audiences for this one-off performance.”

On at The Lowry, Salford Quays, Weds 19th October, 8pm, follow the link below and enter BOWIE in the discount/promo code box for £15 tickets!