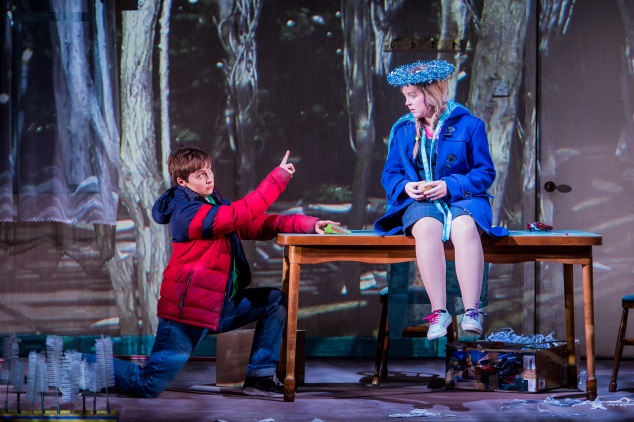 A STELLA Artois-swigging father, a confectionary house made of Nestlé Caramac and a witch with a Rupaul’s Drag Race-inspired wardrobe… It’s clear that Opera North’s production of Hansel and Gretel has two feet firmly planted in the 21st century rather than The Brothers Grimm’s latter-day Germany.

A scrumptious opera that totally satisfies our appetite for entertainment, Opera North are to be congratulated on a stupendously inventive production of the Engelbert Humperdinck classic. Hansel and Gretel, The Snow Maiden and Cinderella are part of a grand experiment that sees three ‘Deliciously Dark Fairy Tales’ from contrasting European traditions brought together in a single season – all of which are on at The Lowry this week. 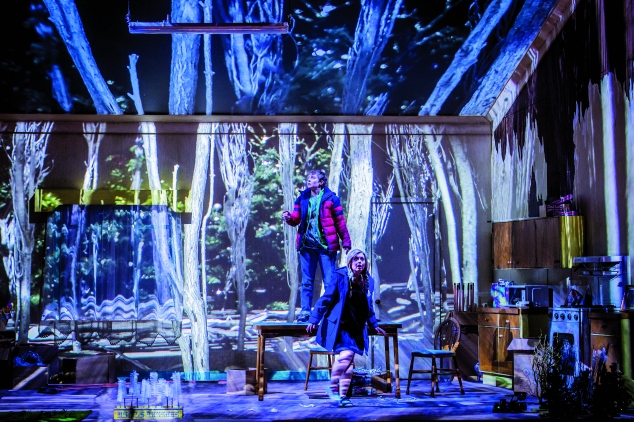 The action begins in suitably ‘Grimm’ surroundings, a kitchen-sink high-rise occupied by an empty fridge, two hungry children, the eponymous Hansel (Katie Bray) and Gretel (Fflur Wyn) and their despairing mother, Gertrud. When their chaotic play sends the contents of a milk jug flying, Gertrud sends Hansel and Gretel out into the woods to pick wild berries for the family supper. Their father, Peter (Stephen Gadd, who plays a wonderfully reeling drunken broom seller), is aghast when he returns home – revealing that the forest is home to an evil witch with ‘Satan’s eye and a heart of stone’. The two children awake the following day to find a magical house has appeared in the woods, constructed from Bird’s Custard and BN Biscuits. While they gorge from the fridge, the witch returns and fires up her oven… ready for a very special bake!

Opera North veteran Fflur Wyn, and Katie Bray, of the company’s Albert Herring and The Barber of Seville, are delightful together – playful, charming and utterly believable as children. Their deftness with a video camera adds to the production’s signature special effect: freestyle camera footage – captured by the actors in real-time – which is livestreamed and magnified onto the walls of Giles Cadle’s pared-down set (that also features in The Snow Maiden and Cinderella). A masterful stroke by video designer Ian William Galloway, the hand-held camera acts as a supporting cast member in its own right; it boasts two particular ‘wow’ moments: the children’s journey through the forest and the big reveal of the witch’s house, which solicited audible gasps of delight. 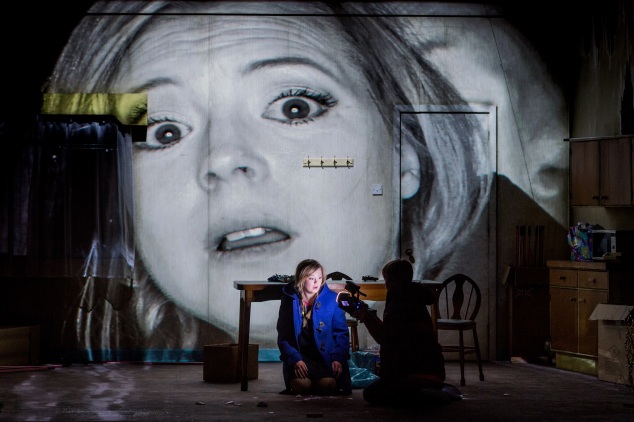 When not doubling up as Gertrud, Susan Bullock plays the witch with a pantomime villain’s relish, brandishing her whisk as a wand and spooning her fattening concoction into Hansel, all with a wicked twinkle in her eye. Costume designer Christina Cunningham’s and wigs and makeup supervisor Kim Freeland’s choices for this role are perfect, complementing Bullock’s characterisation and adding to the overall comedic effect.

Both conductor Christoph Altstaedt and director Edward Dick have made their company debut this season; their energy, inventiveness and commitment to making opera more accessible to a modern audience shows. There is so much to love about this enchanting production, which marries a lively score, sparkling duets and trios, characterful performances and cutting-edge video technology with a well-loved, timeless fairy tale.

Tickets for Opera North’s productions of Hansel and Gretel, Cinderella and The Snow Maiden are available for purchase at http://www.thelowry.com/events/category/Opera