Receptionist and self-declared Manager Precious played by writer Nicola Gardner, rules the Centre like an old school mistress with threats to bar anyone misbehaving as she ‘Has the power, you know’ I absolutely adored Precious, such a brilliant character and so well acted by Nicola, she perfectly recreated that ‘power gone to their head’ type character we’ve all no doubt come into contact with at some point in our lives, the audience lapped up her ‘service with a (sinister) smile’ such a great character I’d love to see more of. 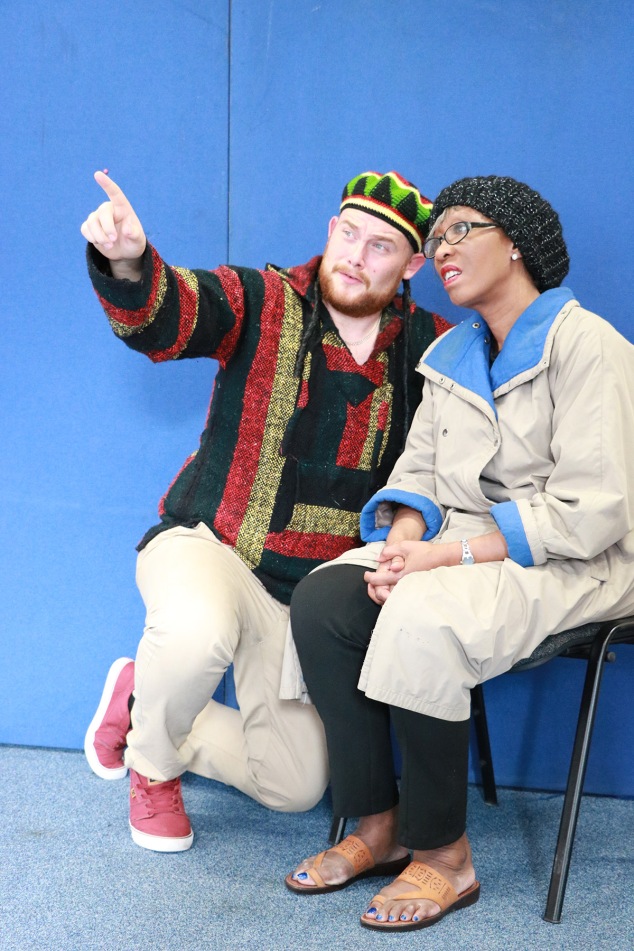 The play is performed in the thrust formation, meaning that the audience sit on two opposing sides of the theatre with a runway style stage running through the centre, with action taking place both in the centre and at either end of the ‘runway’. At one end we have Bev and Anisha, played by Lynne Payne and Sayera Haque, employed by the Community Centre to look after the Community Farm animals, both however are much, much better at taking extended tea breaks and having a good old gossip about their love lives than they are at actually doing any work. Their conversations were brilliantly written, many a giggle of recognition rippled through the audience as they reflected on their disastrous love lives from speed dating to borderline stalking of clearly uninterested men who they hilariously assumed were just playing hard to get.

At the other end of the Community Centre we have Sister Johnson (Linda Hargreaves), Sister Richards (Nicola Gardner, Brother Leroy (Tony McPherson) and Brother Myers (Declan Wilson) four friends who while away their days making use of the centres gas and electric whilst sharing a tot of rum and the playful banter only true friends can have. All four actors excelled in their roles, witty, entertaining and totally loveable. Moving between the two groups, broom in hand is hopeless Caretaker Robbie, (Mike Coombes)  white as snow yet desperately trying to convince both himself and those around him that he’s black, frequently asking his spirit guide Bob (Marley) whom he has a shrine to, for guidance and clarity. Despite his ridiculous swagger and Bob Marley hat complete with dreadlocks, you can’t help but love the hapless Robbie and will him to succeed. 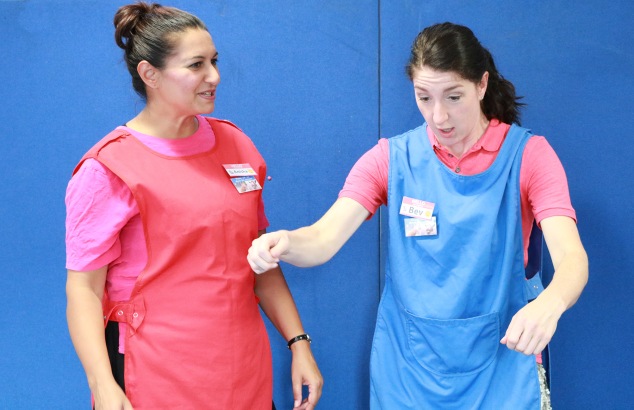 The Community Centre succeeds in demonstrating to us all that despite our differences and quirks we are basically all the same; we are all seeking out comfort and happiness through our meaningful connections with others. A real fun piece of theatre, with many laugh out loud moments, the production will leave you feeling smiley and thoroughly entertained, as the late great Bob Marley would say, ‘Let’s get together and feel alright’

Tickets are £10/£8 for concessions and the show runs until Saturday 24th September.