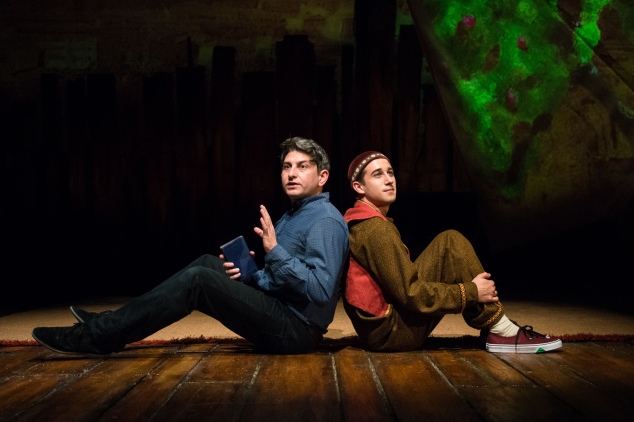 Based on Khaled Hosseini’s 2003 international best-selling novel which was adapted for the screen in 2007 and following a hugely successful West-End run, The Kite Runner arrives at the Lowry this week, its second stop as part of an extensive UK tour.

First produced in the United States back in 2009, Matthew Spangler’s adaptation is as beautiful and breath-taking as fans of the book would have hoped, with rich storytelling via lead character Amir’s non-stop narrative, Director Giles Croft ensures The Kite Runner is a powerful and cleverly delivered theatrical experience.

There are no gimmicks needed as the compelling and haunting story is sensitivly told. Amir and Hassan are opposites in every way, Amir is privileged, Hassan his servant, poor, illiterate yet fiercely loyal. As Afghanistan their homeland is about to be torn apart by war, so too is their unique friendship.

While there are many elements which make up this unforgettable piece it is ultimately a story about a young boy’s guilt and later journey towards redemption. After witnessing a tragedy as a child which impacts profoundly on the lives of the core characters, Amir is forever burdened by his guilty secret, knowing he chose not to speak up to stop the heart-breaking act. Even moving to the other side of the world to start a new life doesn’t enable him to escape the dark and crippling secret. As we follow his journey, his plea for forgiveness captures the true heart of this incredibly rich and utterly captivating production. 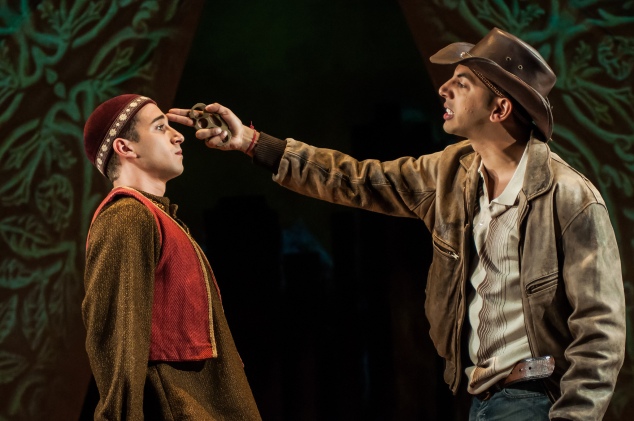 David Ahmad as Amir delivers a powerful and extremely moving performance, on stage for the entire production his clear narration allows the piece to flow gently and build dramatically as tragedy unfolds and secrets are revealed. Emilio Doorgasingh is perfectly cast as Baba, Amir’s Father, he embodies the character entirely, from strong proud, privileged Pashtun to elderly and infirm immigrant, Doorgasingh is superb. Jo Ben Ayed’s portrayal of both Hassan and Sorab is deeply touching and incredibly powerful, mild and submissive yet unshakeably loyal to his friend Amir.

The set is simple yet hugely effective, dominated by a fan-shaped kite and evocative screen projections from William Simpson, guiding the audience softly from Kabul to San Francisco. The whole production is gently underscored by live tabla player, Hanif Khan, whose music stirs emotion and adds further authenticity to the piece.