First premiered at The Royal Court in 1997, Kevin Elyot’s ground-breaking play My Night with Reg was loved by critics and audiences alike. A transfer to the West End followed as well as Olivier and Evening Standard awards, a successful Broadway run and even a feature film so it comes as no surprise that Manchester-based Green Carnation should choose this moving play as their first touring production.

Set in Guy’s apartment over various years the story focuses upon the relationships of a group of gay men, all have in some form a connection with the eponymous Reg. What initially seems like a light-hearted look into the lives and loves of the group soon develops into a perceptive exploration or love and friendship as secrets and betrayals are exposed while the ever-present threat of the 1980’s AIDS crisis looms large.

Guy (Simon Hallman) is hopelessly in love with John (Nicholas Anscombe) yet doesn’t have the courage to tell him. Eager to please he puts everyone else’s needs before his own while his hesitancy to put himself out there results in a life unfulfilled and free from any real intimacy.

Old mates John (Nicholas Anscombe) and Daniel (David Gregan-Jones) joke and jostle while never actually having an honest conversation. Interestingly it’s primarily the youngest character in the play Eric (Alan Lewis) who speak freely, unafraid of sharing his thoughts and feelings about the way he sees the world while couple Bernie and Benny bicker and bark at each other by way of communication.

As Guy, Simon Hallman perfectly captures the frustration of a man thwarted by his own niceness, hopelessly in love yet lacking in the courage to do anything about it. He endears himself to the audience as he flusters and fusses around his friends making the final part of the play all the more affecting.

David Gregan-Jones flounces spectacularly as charismatic Daniel while showing great skill in his ability to switch from carefree to devastated with ease. Nicholas Anscombe plays John as a cool and composed figure who becomes increasingly lost as the piece develops.

Steve Connolly and Marc Geoffrey as Benny and Bernie play off each other brilliantly offering some of the most cutting humour in the piece while Alan Lewis is refreshingly real as the much lusted after Eric.

Co-directors Dan Jarvis and Dan Ellis has succeeded in creating a piece that’s as funny as it is moving. This dark comedy doesn’t sugar-coat nor should it, Green Carnation’s affecting revival will resonate with many. Designer George Johnson-Leigh’s set is simplistic yet effective with neon lighting pulsating as the intensity rises.

A well-crafted, well-acted piece which will leave you more than happy you’ve spent the night with Reg.

My Night with Reg is on at The Lowry until Saturday 25th January tickets available here.

Further information about regional tour dates can be found here.

Focusing on two separate Britain’s, that of the repressive 1950’s and the supposedly liberal 2008. Three central actors, (Gareth George, Simon Hallman and Joanna Leese) play the identically named but hugely different characters of each era with a forth actor (Alex Thompson) playing a trio of strong supporting roles.

Designer Frankie Gerrard centres the action during both eras within a sitting room setting, a slight shift of furniture and a roll of the clouds via simple hanging drapes indicating the changing days.

We firstly meet 1950’s Phillip (Gareth George) an unfulfilled, middle-class, married estate agent who gets introduced by wife Sylvia (Joanna Leese) to well-travelled, articulate yet lonely Oliver (Simon Hallman) for whom she is illustrating his most recent children’s novel. An immediate attraction is felt between the two men as secrets are kept and truths lie unspoken, Phillip’s true self being denied and suppressed with devastating consequences.

In 2008 Oliver is so free sexually it is damaging the one person he truly loves resulting in him losing partner Phillip due to his need for risqué sex with strangers and posing the question is 2008 Oliver just as detached from his true-self as 1950’s Phillip?

Sylvia shifts from 1950’s actress turned illustrator whose mental health problems are hinted at to forthright friend whom both Oliver and Phillip both turn to, an ally and advocate in both era’s.

Simon Hallman excels as Oliver, while rigid and desperately lonely in the 1950’s he transforms into a sexually liberated yet painfully shambolic character come 2008. Hallman adds emotional depth to the outrageously promiscuous Oliver and a heart-felt desperation to 1950’s Oliver who yearns to feel love.

Gareth George’s 1950’s Phillip convincingly bubbles with violent frustration while his 2008 self is calm and composed, at complete contrast to hedonistic partner Oliver.

Joanna Leese impresses as Sylvia giving an emotional and committed performance, the scene where she gently confronts her husbands lover heartbreaking in its honesty. Elsewhere Alex Thompson injects some great comic relief in his three varying roles of rent boy, wide-boy magazine editor and 1950’s aversion therapist, his superb comedic acting changing the tone of an early scene entirely.

Director Dan Jarvis along with co-director Dan Ellis have succeeded in bringing this thought-provoking revival bang up to date. As Campbell’s script cleverly weaves history together the characters although hugely different feel on many levels connected as the heartbreaking fears of loneliness resonate in both era’s. There are moments when the pacing could improve slightly with Act I feeling much longer than Act II but this is a minor quibble.

Shifts in attitudes from the 1950’s to 2008 while abundantly clear cannot remove the fear of being unloved as this insightful drama explores not just what it is to truly be yourself but that cost at which for many this comes.

With beautifully poignant writing and impressive performances The Pride examines and explores without sugarcoating.

On at Hope Mill Theatre until Saturday 20th October more information can be found here. 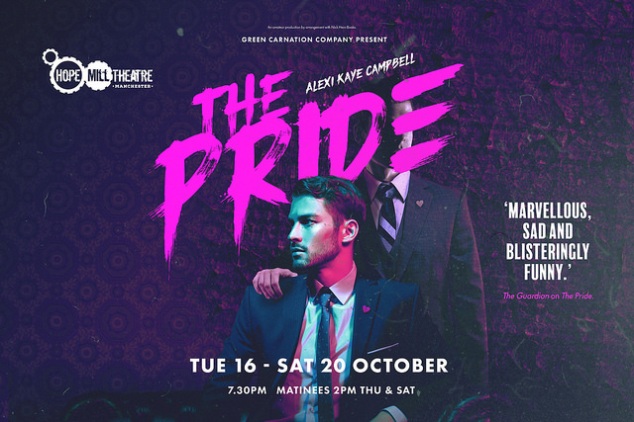 ‘It was the first time, when we were together; when we were embracing that I felt that I had a pride. A pride for the person I was.’

Ahead of starting rehearsals next month, Green Carnation Company has announced their cast for Alexi Kaye Campbell’s powerful debut production, The Pride which will open at Hope Mill Theatre on Tuesday 16th October. 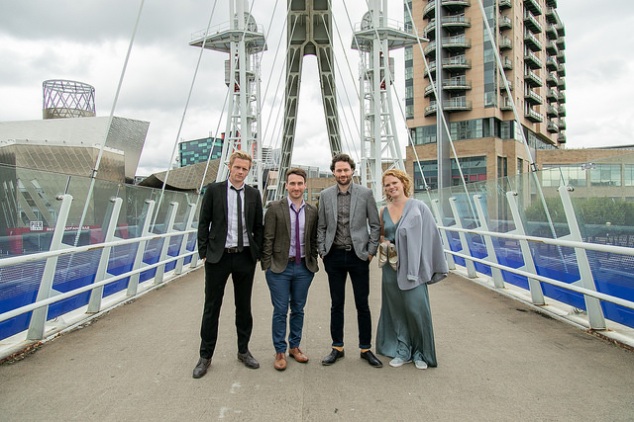 Simon Hallman plays Oliver, in the 1950s portrayed as a quietly confident gay writer paralleled by his modern day counterpart who is a self-destructive whirlwind of casual sex and witty one-liners. Gareth George plays Philip who in both time periods plays the object of Oliver’s affection, both as an adulterous husband in the 1950s and as his boyfriend in the modern day. Joanna Leese plays Sylvia, who in both time periods is fated to always introduce Oliver and Philip to each other, but longs for her own freedom and independence. Joining the trio is Alex Thompson whose multiple roles include a comic rent boy with a taste for dominance, a laddish sports editor and a psychiatrist.

Switching between alternate timelines of 1958 and 2008, The Pride follows a love triangle between three characters and the different routes their lives could take, dependent on the decade they were born in.

Deeply moving and with a razor sharp-wit, this debut piece from Alexi Kaye Campbell examines changing attitudes to sexuality, looking at intimacy, identity and the courage it takes to be who you really are, celebrating the ideals of gay pride and challenging ideas of shame and the worth we put on ourselves. 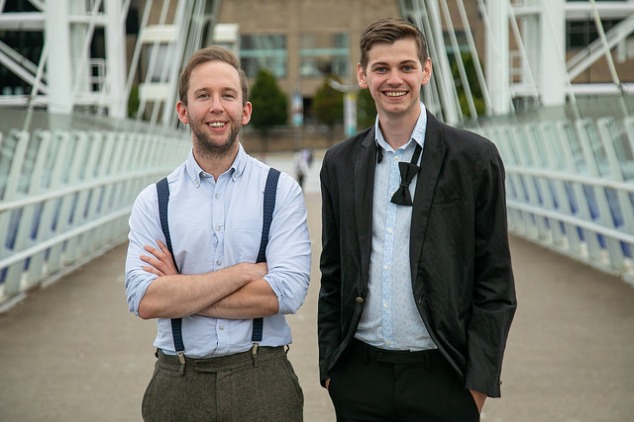 Director Dan Jarvis says “As we move past the anniversary for the decriminalisation of homosexuality in England and Wales, the relevance of this phenomenal play seems more striking than ever. Whether they inhabit the 1950s or modern day, these characters are so human and identifiable and are all searching for a way out of loneliness. Their need to find a connection that allows them to feel pride in themselves is something we can all relate to.”

The production will also work with recent LIPA design graduates Frankie Gerrard and Joe Roberts to create a shifting, ethereal, colour-saturated production that pays homage to the subtly queer cinema of Todd Haynes and Tom Ford.