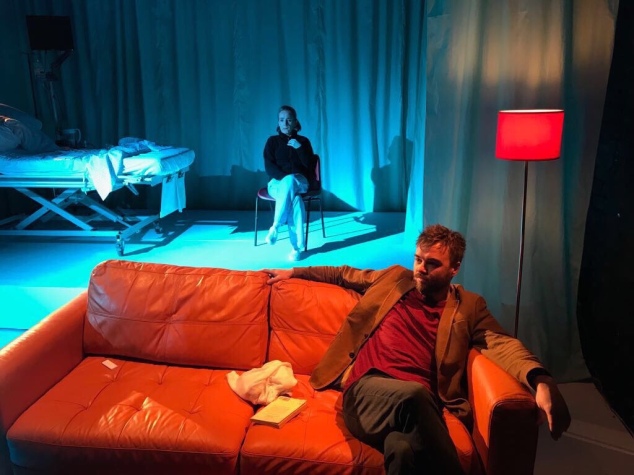 Abooo Theatre’s ‘The Replacement Child’ Directed by Martin Gibbons had its opening this week at the fabulous Hope Mill Theatre. Starring Rupert Hill, Clare Cameron, Julia Haworth and Caroline Read this a heart-braking story of child bereavement told from the Fathers perspective.

The set, designed by Sorcha Cocran and lighting by Adam Murdoch is stark and creates a somewhat eerie tableau when you enter the theatre which adds to the tension before the play has even started.

The play begins with an awkward meeting between father Oscar (Rupert Hill) and teenage daughter Grace (Caroline Read) shortly after her 18th birthday. Grace wants some answers about Jude (Clare Cameron), the mother she never met. It is difficult to tell from the off whether Oscar is going to be very likeable at all, he’s coarse, angry and there are hints towards an unhealthy relationship with alcohol. But, as one audience member declared to Rupert in the Q&A session afterwards ‘You made me like him!’. It does seem to be theme throughout the play where in one moment you are very much on a characters side and the next minute they do or say something which leaves you finding yourself trying to work out ‘who is the bad guy here?’ But there is no bad guy, this is a story of a breakdown of a relationship after possibly one of the most traumatic experiences a couple could experience. 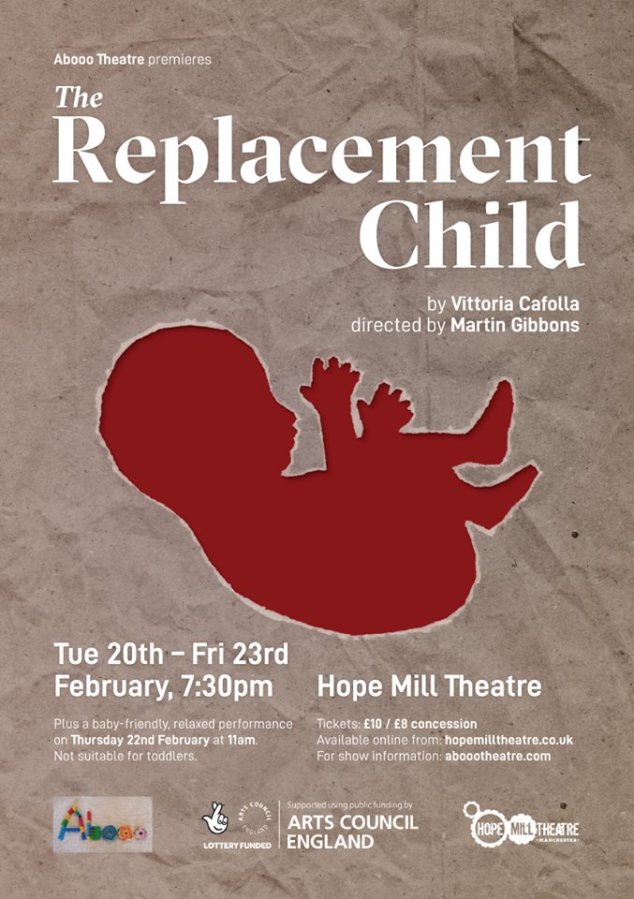 At times, the language borders on poetic rather than naturalistic but once you’re used to it as an audience it flows beautifully. There are a few moments that are so powerful they take your breath away with audience members visibly gasping at points. The use of flashbacks and projections keep the story moving and the hour and ten minutes flies with so many emotional journeys in such a short space of time.

My companion and I couldn’t fault the performances, all of them powerful and heart wrenching. The chemistry the cast have is a testament to the supportive rehearsal process led by director Martin Gibbons and Clare Cameron who not only had her fabulous acting head on but who also founded Abooo Theatre. During the Q&A session we were treated to after the show, we discovered that the rehearsal process, along with everything Abooo Theatre do was very much geared towards making is easier for parents within the cast with rehearsals fitting around the school run and also being able to bring kids along to those very rehearsals. One cast member joked about having to come up with inventive alternatives to swear words having kids around.

I highly recommend this play and applaud Abooo Theatre, the cast, crew, director and producer Hannah Ellis Ryan on taking on this piece so beautifully written by Vittoria Caffola. Some would shy away from tackling such a sensitive, emotional subject but here it is done with heart, skill and sensitivity.