Every once in while a play comes along that really strikes the right chord, one that you would encourage as many people as possible to go and see, writer Jon Brittain’s Rotterdam is that play!

First performed in 2015, this Olivier Award winning play offers an honest, raw portrayal of gender dysphoria and the impact that it can have not just on the individual but their loved ones as well.

Set in the Dutch city of Rotterdam, a vibrant port town where people come and go as much as the cargo that passes through its docks; however, this isn’t the case for Alice (Rebecca Banatvala) and her partner Fiona (Lucy Jane Parkinson).

The pair have been living there for seven years now, with both trying to come to terms with who they are. It’s New Years Eve and Alice has finally decided to come out as gay to her parents, with much encouragement from Fiona. However, before Alice undertakes this brave step, Fiona also has a confession to make that she wishes to be recognised as a man and would like to be called Adrian from now on. 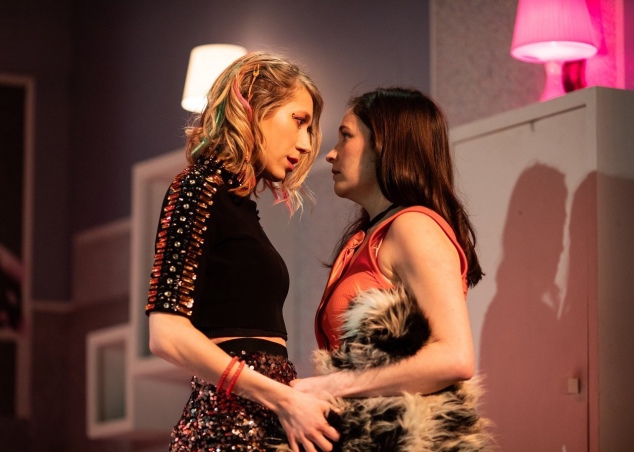 This revelation has a huge impact on the pair and their relationship as Adrian seeks acknowledgement from a world that he sees will not accept him as a man, whilst Alice questions her own sexuality. Through their journey of discovery, the pair are supported by Lelani, (Stella Taylor) Alice’s free-spirited work colleague, who has more than friendship on her mind as it pertains to Alice. Making up the quartet, is Josh (Paul Heath) Fiona/Adrian’s brother who is also the former boyfriend of Alice.

This could so easily fall into a ‘preachy’ message driven play about transgender issues, instead focusing on the impact Adrian’s decision to transition impacts on those around him. The script handles its subject intelligently and sensitively, whilst pulling no punches. There are moments of levity throughout with some sharp, funny throw away lines. 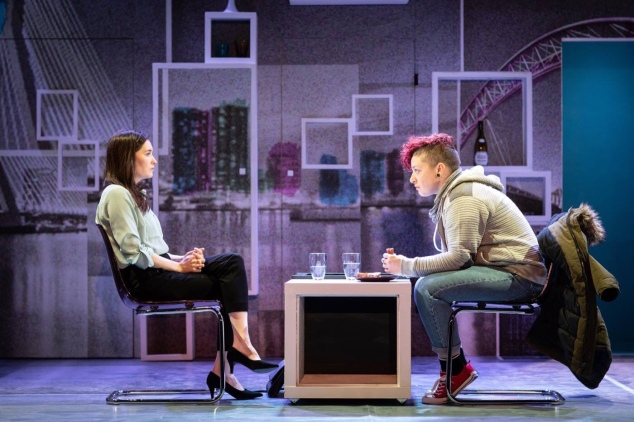 The cast under Donnacadh O’ Brian, skilful direction are superb, with Parkinson giving a raw at times feral turn as Adrian: filled with conflict and heartbreak. Whilst Banatvala is also outstanding giving a more restrained but no less gut-wrenching turn as Alice. Both Taylor and Heath are on good form in their supporting roles, with the pair turning in great comedic performances, demonstrating a gift for timing and delivery.

There are some plot contrivances that test plausibility, such as Josh’s decision to stick around despite losing the women he loves to his sibling, but this is a minor quibble on what is a weighty, heartfelt, powerful piece of theatre that will make you laugh and may even cause you to get the odd bit of sand in your eye too.

Transgender issues despite having some media coverage are still hugely unrepresented. Productions like Rotterdam are much needed and important to help educate and hopefully create more positive conversations. This however is not the shows key drawing power, that comes because it is a beautifully told story about the struggles of relationships and real life that will resonate with us all.

Rotterdam is at the Manchester Opera House till 15th June. Tickets available here.