Being the proud winner of 57 major international awards including the Olivier Award for Best New Musical brings about a huge amount of expectation; does this current Jersey Boys tour deliver? Yes, absolutely yes, and then some, and then a little bit more, the thunderous standing ovation at Manchester’s Palace Theatre confirming this for anyone still in any doubt.

Jersey Boys tells both the on and off-stage story of the original Four Seasons; Frankie Valli, Bob Gaudio, Tommy DeVito and Nick Massi who together took the world by storm, selling a whopping 175 million records worldwide as well as being inducted into the Rock and Roll Hall of Fame, all before they hit 30. This exhilarating musical leaves no stone unturned as the highs, lows, heartaches, fears, joys and the all-important music come together in one seriously sensational show.

The structure is clever with the story being divided into ‘four seasons’ each narrated in turn by a different member of the quintet; offering an opportunity for several unique versions of events making for compelling viewing.

This is no bubble-gum jukebox musical, the journey we see Franki Valli (Michael Watson), Bob Gaudio (Declan Egan), Tommy DeVito (Peter Nash covering on press night) and Nick Massi (Lewis Griffiths) go on its intense, exhilarating and absorbing, there is so much to enjoy about this show it’s difficult imaging anyone not getting swept away by this slick and stylish production.

The four leads are outstanding, their harmonies sublime as they deliver hit after hit with perfection. With an epic back catalogue including Beggin’, Sherry, Walk Like A Man, December, 1963 (Oh What a Night), Big Girls Don’t Cry, Let’s Hang On (To What We’ve Got), Bye Bye Baby, Can’t Take My Eyes Off You and Working My Way Back to You the music in this show takes some beating. The lyrics are used to progress the story while the different take from each of the boys on the same situations offers a real honesty and moves the action along nicely.

This current production written by Marshall Brickman and Rick Elice, with music by Bob Gaudio and lyrics by Bob Crewe is staged by the entire original Broadway creative team and it shows. The music alone is enough to sell the show but what you get is so much more as the emotion and energy of the piece takes hold.

Peter Nash opens the show confidently as Tommy DeVito, perfectly embodying the role, brimming with style and swagger, a commanding performance laying it out from the start that this ain’t gonna be no walk in the park. Declan Egan comes next as Bob Gaudio, charismatic, charming and brings a lot of fun to the role. Lewis Griffith’s most recently seen in Manchester as Dirty Dancing’s Jonny Castle makes for a complex and compelling Nick Massi while Michael Watson simply soars as Frankie Valli, mastering that iconic falsetto perfectly. The four leads are supported by a strong ensemble cast who help take this show to the next level, giving high-energy performances and complimenting the lead vocals beautifully.

It comes as no surprise that Jersey Boys has now been seen by over 25 million people worldwide, while the music itself is standalone brilliant add to this the sharp book and slick staging and you have the recipe for the perfect night out. Electrifying theatre which will no doubt keep the music of Frankie Valli and The Four Seasons alive for a whole new generation. 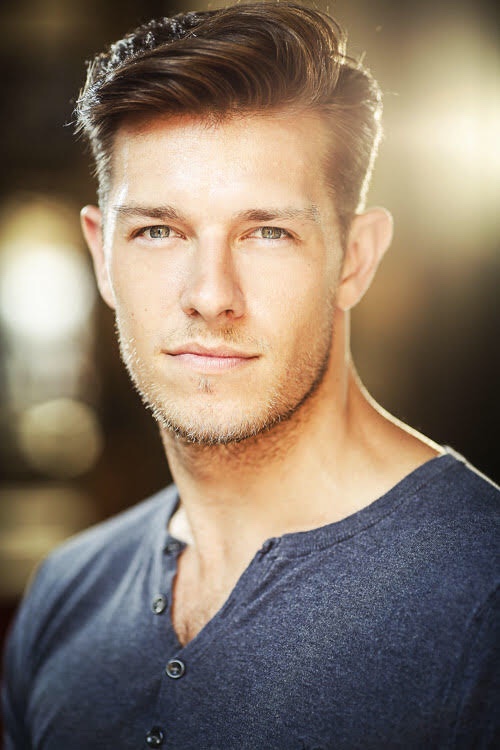 The international smash-hit Jersey Boys returns to Manchester this week as part of an extensive UK tour. Winner of an incredible 57 major awards worldwide, including the Olivier Award for Best New Musical, Jersey Boys tells the true life story of four boys from the wrong side of the tracks who went on to sell over 100 million records worldwide.

Featuring hit after iconic hit including Beggin’, December 1963 (Oh What A Night), Can’t Take My Eyes Off You, Walk Like A Man, Bye Bye Baby, Big Girls Don’t Cry and many more, Jersey Boys is an unforgettable story packed with heart and humour making for a thrilling night at the theatre. We caught up with actor Lewis Griffiths who plays Nick Massi to hear a little more about this sensational show.

You’re returning to the show after a previous stint as the late Nick Massi, how does it feel to be back?

It’s great, it’s a dream role so I didn’t hesitate when they asked me to reprise the role and here I am. Since I’ve come back I’ve discovered every performance I do is different to the previous as it’s a whole new production, a whole new chemistry, a whole new cast so everything although I’ve done the show before feels very new and very fresh.

Is there an added pressure in portraying a real person?

It has a certain pressure particularly with the character Nick Massi being passed now there is a legacy to uphold. It’s tricky sometimes playing a real person because there’s not as much artistic license to have free reign but it’s a great challenge and with this story there is a lot to discover, a lot of twists and turns, unexpected secrets shall we say, it’s a great role.

Despite your experience in the role do you still get nervous before a performance?

Of course, there’s a certain nervous energy that you require to perform, if you have no nerves whatsoever that can sometimes come across as a little bit arrogant. Naturally you have to have an element of nerves, as a performer you’re starting from scratch for every show, you can’t ever think ‘oh I’ve done this before a thousand times it’s a piece of cake’ because for the audience watching you it may well be the first time they are watching the show so you have to act as thought it’s the first time you’re performing it, that’s really the added pressure that gives you the nerves.

While Frankie Valli is known for his iconic falsetto Nick Massi supplied the rich deep rich vocals, how do you look after your voice?

They are a hard sing, the best thing I find for me personally is making sure I get lots of sleep and drink lots of water. I know that may sound like a cliché but that’s honestly what works best. The hardest thing about the show is not the range it’s the endurance, Nick Massi doesn’t solo a lot but he does sing a lot in the show and it’s a wide range so the stamina to endure the intensity of the tracks is what’s really important.

Do you have any preshow rituals to help you get in the zone?

I used to, I used to have lots of silly little things I did but I don’t tend to do those things anymore. As long as I’m in the building at the half hour call and I’m ready for beginners I kind of take my time in that half hour window between the half hour and the beginners call call I just try and relax, listen to some music, have a cup of tea and let myself relax in order to play Nick so by the time I’ve got my suit on and I’m walking onto the stage I am Nick Massi.

Is there anything you can’t live without on tour?

I always take a picture of myself and my fiancé on tour, it comes to every dressing room with me so it’s always there with me. If I could take her I would. She lives in Newcastle so as we’re bringing the tour further up North I’ll get the chance to see a bit more of her which will be wonderful.

You’ve visited Manchester with a few tours now, is there anything in particular you’re looking forward to seeing or doing?

Manchester’s such a broad city, just when you think you know it you always find something else to discover, something you haven’t done or somewhere you weren’t expecting. Last time I was there with Jersey Boys we did I live performance on BBC Breakfast which was wonderful as they were interviewing Frankie Valli on the show so I’d love to explore around there a little more.

Finally is anyone is considering booking a ticket for Jersey Boys at Manchester’s Palace Theatre what would you say to them?

You’d be coming to see an eye-opening story which is made very special by not only the cast but every integral element of what makes the show work, from wigs, wardrobe, crew, it’s a real ensemble piece that brings to life something that is unforgettable, added to that the infectious music of The Four Seasons, then you can fully appreciate why this show is such a crowd-pleaser, it’s definitely one to beg, steal or borrow a ticket to see.