The tingles begin moment the orchestra strike up, as the infectious joy of this dazzling production floods through the audience. The curtain raises just enough for us to see the origin of the thunderous sound as masses of hoofers tap their way through one almighty audition piece. This show within a show straight from the off lets us know we’re here for a good time so prepare for some magnificent razzle dazzle! 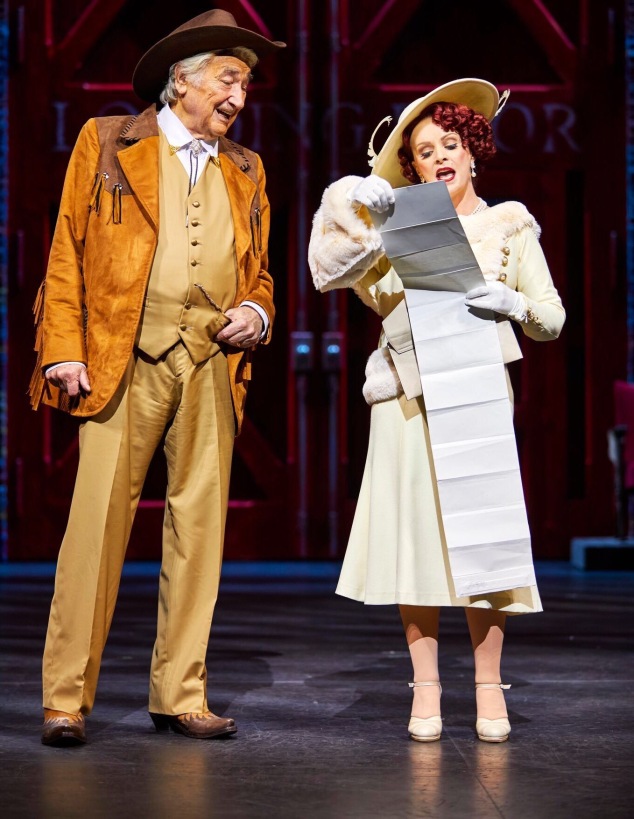 The storyline is simple, budding Broadway star and provincial New Jersey girl Peggy Sawyer, has arrived to make it and make it big, timed perfectly as respected Director Julian Marsh is going all out with a new production, Pretty Lady, right in the middle of the Great Depression. Forced to cast Dorothy Brock, a difficult diva who conveniently is backed by her rather affluent Sugar Daddy, Marsh sets about bringing the glamour back to Broadway. Our zero to hero story really gets the chance to take flight once Brock manages to break her ankle just before opening night and our wannabe leading lady Peggy is waiting in the wings, now what are the chances of that!

This production embraces fun and extravagance, Mark Bramble, who co-wrote the book for original 1980 Broadway show directs this London revival and gives a firm nod to the 1933 smash hit film delivering all the glitz and glamour you could wish for. Clare Halse gives an outstanding performance as Peggy Sawyer, she is mesmerising, her dancing extraordinary. Instantly likeable (although not to her fellow chorus girls) Halse has great charisma and wonderful comic timing, but it’s her spellbinding moves that really make this a knockout performance.

Sheena Easton delivers diva with sass, her vocals are strong particularly beautiful during her performance of Boulevard of Broken Dreams which was added to the show to specifically showcase Easton’s talents. 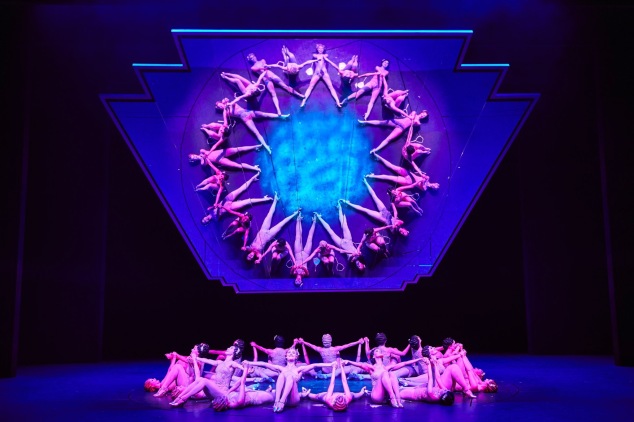 The hugely epic ensemble tap routines choreographed by Gower Champion and Randy Skinner are what really make this production fly, with sumptuous costumes and clever set design from Roger Kirk and Douglas W. Schmidt, 42nd Street is a visual delight. The cast literally drip in bling and sequins with all colours of the rainbow on shimmering display. With mesmerising show stoppers such as Lullaby of Broadway, We’re In the Money and Keep Young and Beautiful 42nd Street whacks you in the face with big hitters and some serious wow moments. Tom Lister’s commanding performance as Julian Marsh is convincing, his voice perfectly suits the score. Stuart Neal gives a great performance as Billy Lawlor, versatile and oh so talented. Special mention must also go to Jasna Ivir as Maggie Jones and Christopher Howell as Bert Barry.

42nd Street offers a couple of hours of pure escapism fun, it is uplifting, vibrant and full of joy, I literally smiled all the way home, whilst slightly berating myself for quitting those tap lessons aged 10. 42nd Street has got it all, dazzling costumes, stunning sets and knock out performances from a seriously talented cast, if this show was offered on prescription there would be a queue from here to Broadway! 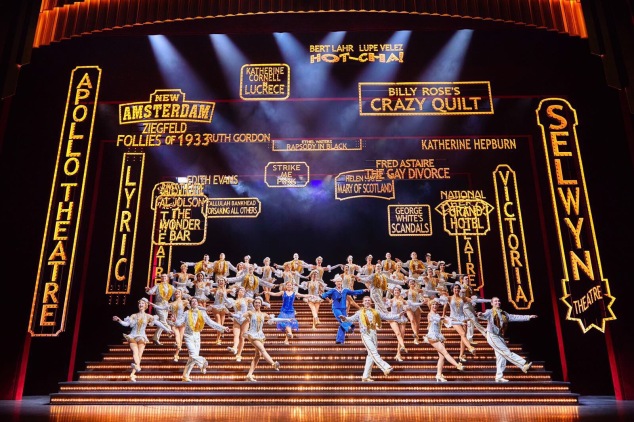