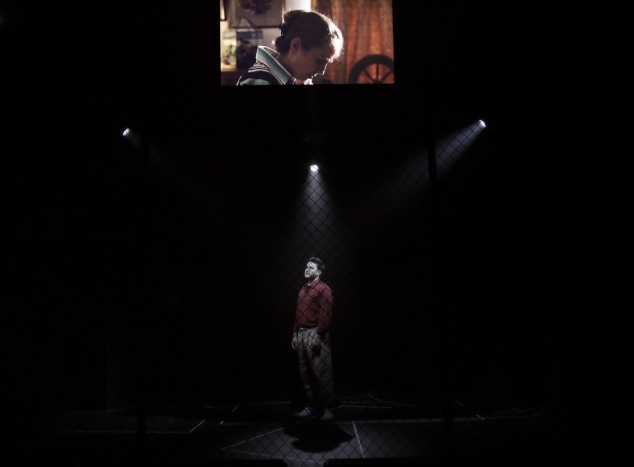 Since its premiere off-Broadway in 2002 Jessica Blank and Eric Jensen’s The Exonerated has been performed all over the world picking up multiple awards along the way and even making it onto the big screen in the 2005 film starring Susan Sarandon and Danny Glover.

Jessica Stanton’s innovative design places audiences as central observers as a Netflix style menu dominates the large screen above the stage. The click of a remote control can be heard as this evening’s viewing selection is made. Audiences sit either side of a central stage which is surrounded by prison style wire fencing and rough barbed wire, only glimpsing sight of each other when the stark interrogation lighting illuminates the space.

Grant Archer’s documentary style film feels authentic and grips from the start as the lives of the wrongly convicted play out before us. The fusion of film and live action works exceptionally well as the six extraordinary stories of those wrongfully sentenced to death unfold.

Joseph Houston has directed the pre-recorded interviews in such a way that they feel entirely genuine, the pain, the emotion and most touchingly the hope expressed by each character is as fascinating as it is moving.

The live action scenes work superbly well, adding depth and authenticity to the harrowing accounts of injustice, exposing the corruption of the authorities and their manipulation of these damaged individuals. The shattering and lasting impact of their lost years on Death Row bringing devastation not only to themselves but to the lives of their friends and families also.

Charles Angiama as Delbert takes on a measured narrator style role, the Texan who spent many years on death row for a rape and a murder he did not commit guides the audience throughout, observing with us the injustices and manipulation taking place. He weaves together the other five stories as the rest of the small cast take on several roles bringing life and vision to the harrowing real-life stories.

Though the subject matter is intense and the corruption utterly horrifying the production is delivered in a way which allows for a heart-warming portrayal of the human ability for hope even in the most desperate of situations. Sunny Jacobs being the most perfect example of this: a gentle mother of two who lost not only 16 years of her life to Death Row but even more tragically her beloved husband whose wrongful execution was made all the more horrific when the electric chair malfunctioned. Pippa Winslow’s performance as the good-natured hippie is exceptional, portraying her class and composure to perfection. 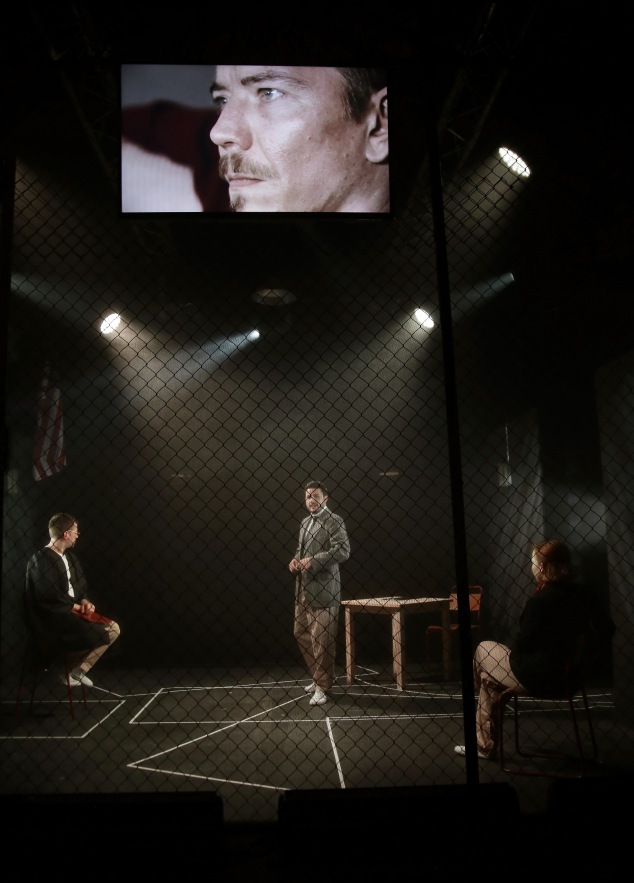 This inspired and impressive adaptation telling six interwoven stories marks a bold innovation in story-telling theatre. The decision to mix live theatre with pre-recorded footage pays off adding an element of authenticity to proceedings. The second half feels a little screen heavy compared to the first but this does not take away from the power of the piece. While you go into the production expecting to hear about harrowing miscarriages of justice you don’t quite anticipate the impact these stories of survival and hope will have, a true testament to the quality and care that’s been put into this inspired and innovative production.

The Exonerated is on at Hope Mill Theatre until Sunday 16th June, tickets available here.