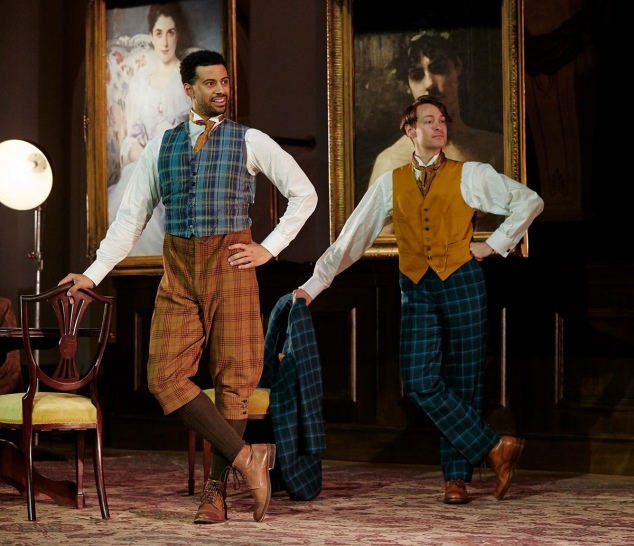 While the Octagon Theatre undergoes an extensive refurbishment the company are performing in various venues across the town, one of the most impressive and merely a stones throw from the theatre itself is the beautiful Albert Halls. Part of the Town Hall the impressive Albert Halls acts as a perfectly fitting backdrop for Oscar Wilde’s much-loved Victorian comedy.

Our two protagonists, the dashing upper class cad Algernon (Jack Hardwick) and the seemingly more upstanding Jack Worthing (Dean Fagan) lead double lives in a bid to have some fun away from the strict social constraints of Victorian Britain whilst attempting to court the affections of headstrong City girl Gwendolen (Elizabeth Twells) and pouting country princess Cecily (Melissa Lowe) all of course to the distasteful displeasure of the domineering Lady Bracknell (Sarah Ball).

The play moves at a good pace once you get used to the slightly echoey acoustics within the lofty Albert Halls; Director Suba Das and designer David Woodhead have injected a real sense of style into this production. The stage resembles a photographer’s studio giving the cast opportunities to strike a pose and wink knowingly at the audience during some of the most quotable lines while the production opens with catwalk style vogueing from the cast by way of introduction.

Confusion and deception are the order of the day as we romp from the city to the countryside in this stylish interpretation. Jack Hardwick is exceptional as a flirty and flouncing Algernon. Hugely charismatic and convincingly charming you can’t help but root for this idle scamp. Dean Fagan’s contrastingly sensible Jack compliments Hardwick’s Algernon perfectly and the two bounce off each other offering some great comedy highlights.

Elizabeth Twells is in fine form as the determined Gwendolen. Strong and sassy she is a force to be reckoned with, the engagement scene is an absolute comedic delight while Melissa Lowe embraces the opportunity to play the brattish but ballsy Cecily with gusto.

There’s a slowing of pace during some of the scenes with Lady Bracknell, despite Sarah Balls’ authoritative performance some of her dialogue is lost due to the wordier nature of her lines in the expanse of the Albert Halls. The classic “A handbag?” however is delivered to perfection and gets the generous reaction it deserves. 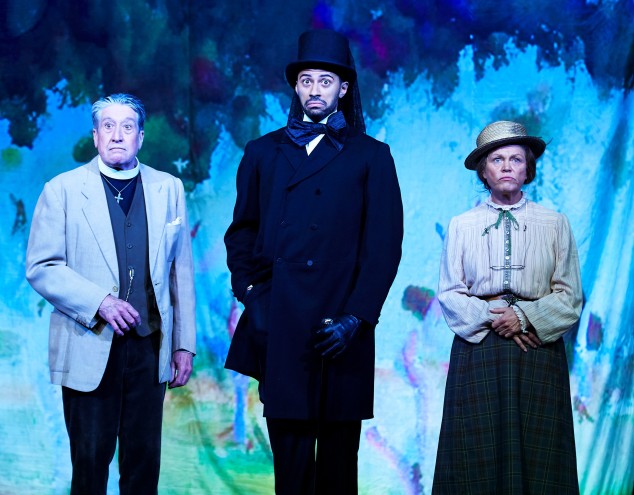 Vicky Entwistle and David Cardy as Miss Prism and Dr Chasuble bring an endearing frivolity to proceedings while Dan Shearer happily carries out his instructions as the put upon butler in various stages of undress.

Act I at more than an hour and a half does have the audience shifting in their seats a little while Act II at 35 minutes absolutely sails by, something a tweak or two could easily remedy.

This stylish piece of theatre works and works well; it is fun, frivolous and delivered with a playful conviction. Another success for the Octagon Theatre in this faithful production dusted with a sprinkling of creative surprises.

Catch The Importance of Being Earnest at the Albert Hall until Saturday 15th June here.