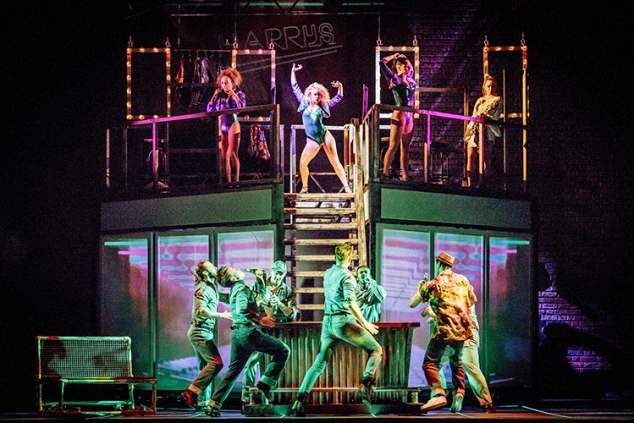 Get your legwarmers at the ready because Flashdance The Musical is in full swing at the Palace Theatre this week!

Not even the producers expected Flashdance to be a hit when it was originally released in cinemas in 1983, but, screenwriter, Tom Hedley has successfully taken on the challenge of adapting one of the most successful films of the 80’s for the stage in this all-singing, all-dancing neon extravaganza!

Alex Owens, played by Joanne Clifton of Strictly Come Dancing fame, is a feisty and confident female lead. Working as a welder in a workroom filled with boisterous strong males, she certainly doesn’t fade into the background as she knows how to stand her ground and make a name for herself. She shines in the role and commands the stage at every turn. 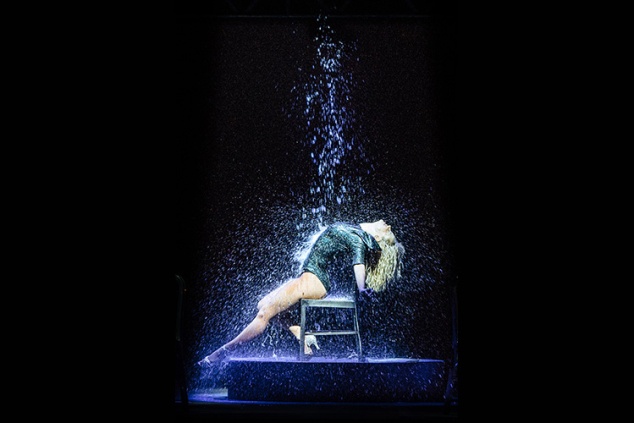 Alex certainly doesn’t lose sight of her dreams of one day joining the Shipley school of dance, despite the potential distraction of falling for love interest Nick Hurley, (played by Ben Adams) and with a little bit of help from her tutor and mother figure Hannah, (Carol Ball) she makes steps to follow her dreams.

It was no surprise that Joanne Clifton’s dancing skills would be a real highlight of the show. Clifton’s stamina is extraordinary, one minute she’s kicking and splitting her way across the stage and the next belting out a ballad without even breaking a sweat. We were tired just watching her! A real triple threat performer.

Ben Adams makes for a hugely charismatic and enormously likeable love interest in the form of Nick, the on stage chemistry between the two is exceptional.

Fans of the original film wont be disappointed, as the show embraces iconic scenes including the infamous scene with Alex, a chain and a whole lot of water. The show also features hits from the original film soundtrack; Maniac and Manhunt – alongside original songs by Robert Cary and Robbie Roth. 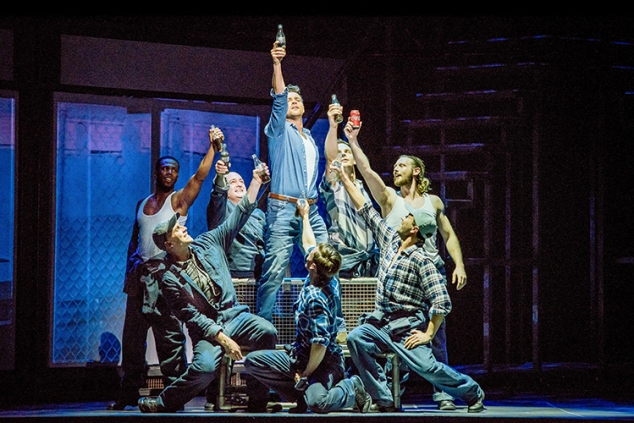 Cramming song after song into this toe-tapping musical forced the plotline, at times, to suffer a little, however fans of the film will know it’s not the deepest of plots. The second half moves the action on swiftly, packed full of high energy and fast paced – everything that we wanted and expected it to be.

Of course the audience aren’t left disappointed, as we finally get that all important audition scene. As the introduction to the title song Flashdance…What A Feeling began to play out, the crowd erupted, clapping and dancing along – earning Clifton and the cast a well deserved standing ovation at the end of the show.

Dig out your lycra  and catch Flashdance the Musical at the Palace Theatre from Monday 12th until Saturday 17th February, tickets available here.