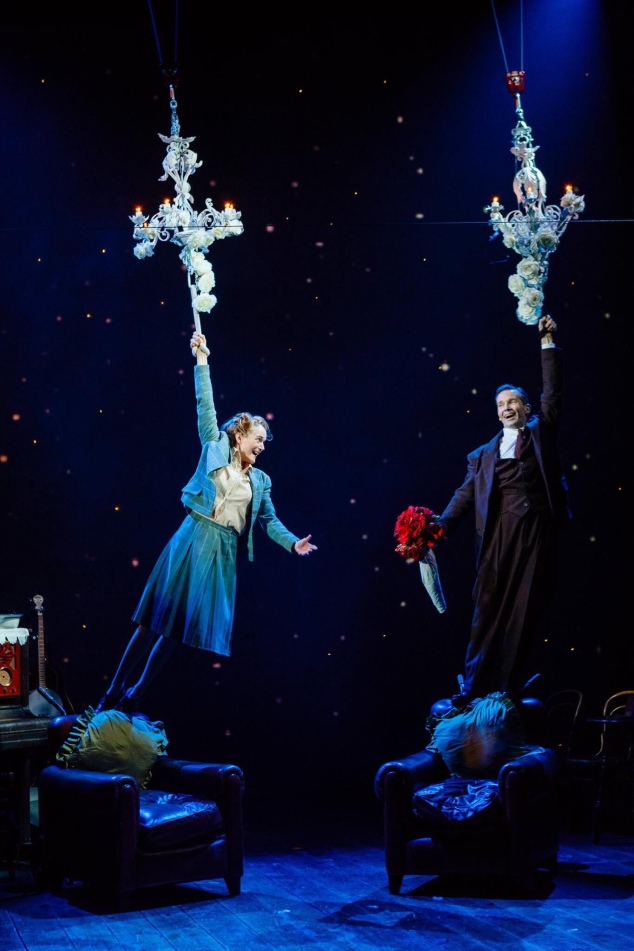 Not only have we been lucky enough to see Kneehigh Theatre’s stunning production of Brief Encounter ahead of its arrival at the Lowry but we also got to chat with the enormously talented Beverly Rudd who takes on an incredible five roles in this inspired production which has been thrilling audiences at the Birmingham Rep since opening on 2nd February.

Telling the story of star-crossed lovers Laura and Alec, Brief Encounter is a thrilling and visually stunning interpretation of the classic forbidden love story many of us know so well. Lowry audiences get the honour of seeing the show which opens on 20th February before it heads to London’s West End for the summer.

Based on the play ‘Still Life’ from which the much-loved film was developed, the production delivers more depth to the characters surrounding the central lovers offering an opportunity to add multiple layers including a sharp injection of humour. With three love stories rather than just the one each of the cast bring different elements to the piece, Beverly Rudd explained, “There is young love, which is exciting puppy love, also a couple older in years who are finding love for a second time alongside the well-known forbidden love story. They are all totally different, the tragedy of the forbidden love works really well with the comedy of the other love stories, something director Emma Rice does really well, she cuts through really serious moments by adding in great humour, because the story is so intense between Laura and Alec the lightness works brilliantly well.”

In discussing her various roles Beverly explained to us that out of the five parts she gets to play, Beryl is her absolute favourite, “She’s just brilliant, all of them are fun but Beryl has so much to do and gets to sing Mad About The Boy, she’s daft as a brush, it’s really lovely to play someone who is so much fun, silly and giggly.”

In delivering such an iconic film we asked Beverly if the cast felt any pressure? “Yes, but the show is so perfectly constructed that we can’t really go wrong, the production is so brave in its choices, I just love how it is so strong in its direction and identity, I’ve never know anyone not like this show, it’s so perfectly structured it’s got something for everybody.”

Brief Encounter heads to the Lowry after it’s Birmingham run, offering audiences a chance to see the show which has received five star reviews across the board. After this the production head’s to London’s West End with previews at the Empire Cinema beginning on 2nd March. Beverly explained how touring ahead of a West End run is of great benefit to the cast. “This is my third Kneehigh show now and with these type of shows, because they’re so absorbing it takes a lot of work to get the show bedded in, there’s so many quick changes and it takes time to get it right so it’s wonderful to know that what is a great show becomes a perfect show, the show has been in a really good place from the start so it’s really nice to have that time to gel together and experience different audiences ahead of heading to London.” 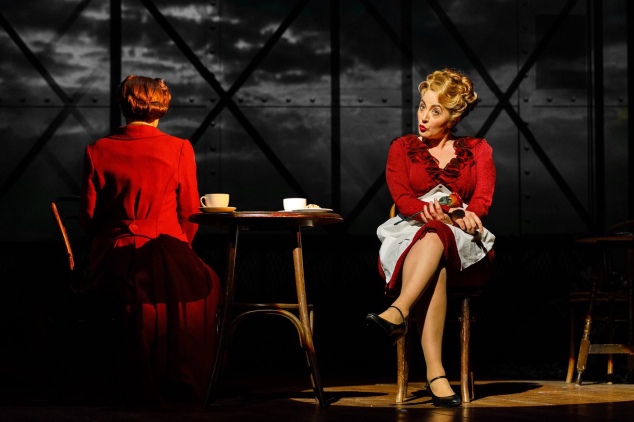 The show has a real cinematic element which is evident right from the start; “The opening sequence of the show is set within a cinema, there’s a huge screen presenting the show and we’re all dressed as ushers and we’re in the audience before the show starts with Laura and Alec sat in old fashioned cinema seats as the front of the audience, so the show actually starts in the audience and then Laura walks through the screen and appears on the screen. We try and not pull too much focus to them as we’re all singing and playing instruments around the auditorium, it’s nicer if it comes as a surprise to the audience when Laura gets up and the show starts, it’s something the audience just aren’t expecting”

Having performed at the Lowry previously in the first tour of Brief Encounter as well as in Victoria Wood’s enormously successful Acorn Antiques, Beverly is looking forward to taking to the stage on February 20th, “It’s such a gem of a show, it’s really beautiful and clever and I think really surprises audiences who perhaps think they’re coming to see something quite serious. I immediately break the fourth wall with the audience at the beginning of the show which for me feels really nice and lets the audience know they can come with you and experience the joy of the show, it really is something special.”

Brief Encounter on at the Lowry from Tuesday 20th February until Saturday 24th tickets available here. from £16-£35