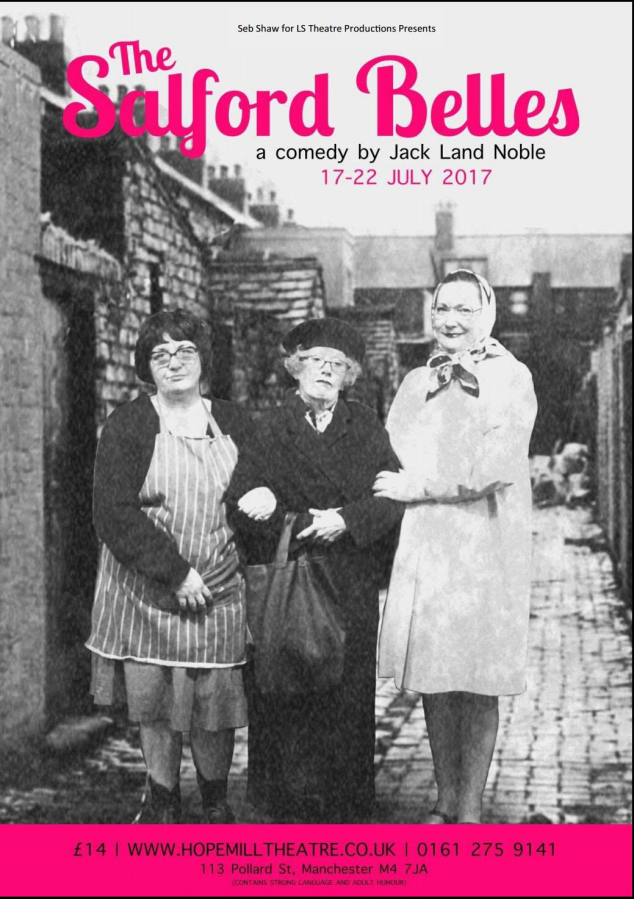 First staged as The Barnsley Belles by the Yorkshireman Company back in July 2013 and now given a Salfordian twist by LS Theatre Productions, The Salford Belles promises to be a little like an episode of Coronation Street screened way, way after the watershead!

We meet Queenie, Mary and Martha who are all are at their wits end after a lifetime of cooking, cleaning, caring and conspiring. They are all desperate for change – but at what cost? Join The Salford Belles in this hilarious dark comedy and discover what goes on behind closed doors when the washing’s brought in from the rain and the curtains are drawn.

Catch the show from Monday 17th July until Saturday 22nd at Hope Mill Theatre, tickets available via the link below;