Flare International Festival of new theatre which is taking place across the city between 4th -8th July announced an inspiring and innovative full programme line up this afternoon.

Acting as a platform for some of the most talented national and international theatre makers and featuring around 60 of the best new international artists Flare 17 promises to be a unique and exciting celebration of new theatre. The full programme includes performances, workshops, feedback sessions as well as parties for both performers and audiences alike.

Artistic Director Neil Mackenzie explained the importance of programming international work, “It is our aim as an international festival and as advocates of emerging experimental theatre to bring together the international community of radical theatre artists to inform and enrich theatre practice in this country”

Flare 17 will take place at various venues across the city including HOME, Royal Exchange Theatre, The Lowry, Contact, Martin Harris Centre and 70 Oxford St and will present an ambitious programme of work from across Europe. Highlights announced today include: 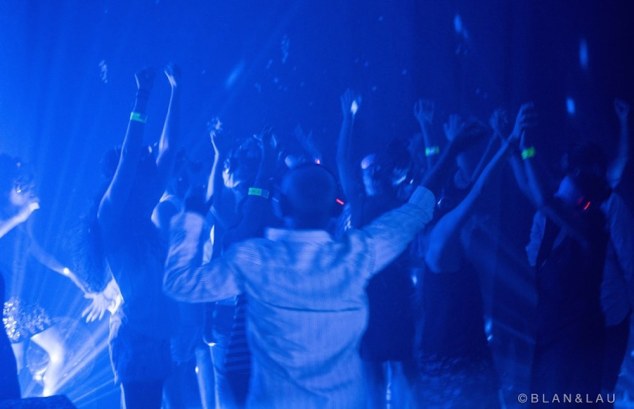 Party by Spanish/Brazillian artists Beaches – An immersive dance and audio show for 10 spectators at the time. Alluding to elements of our collective memory and popular culture, the piece creates a utopian simulation of a night out, one that functions as a detonator for hacking the senses of the spectator, blurring the limits between reality and representation.

Blind Cinema by Britt Hatzius – In the darkness of a cinema space, the audience sits blindfolded. Behind each row of audience members is a row of children who, in hushed voices, describe a film only they can see. Accompanied by the soundtrack (which has no dialogue), the whispered descriptions are a fragile, fragmentary and courageous attempt by the children to make sense of what they see projected on the screen. In focusing on that which lies beyond the sense of sight, the attention switches between the world of the film, guided by the whispering voice, and the shared physical space of the cinema. For these performances the children will come from St Brigid’s RC Primary in Beswick, and Beaver Road Primary in Didsbury.

Grand Applause by Guillem Mont de Palol & Jorge Dutor – An extraordinary on-stage exhibition of performance and visual art, presented in the form of the opera – Carmen. In the opera, Don José falls in love with Carmen who becomes infatuated with the bullfighter Escamillo. Don José’s love quickly turns to violent jealousy. He tracks Carmen down and kills her.

On a stage that is wired for sound, Grand Applause offers a stirring soundtrack, a live chorus and a choreography of artworks, by three artists: Norberto Llopis in the role of Carmen, Luis Urculo in the role of Don José and Bernhard Willhelm as the toreador Escamillo. After their huge hit #losmicrófonos at FLARE15, irrepressible theatrical mavericks Guillem Mont de Palol and Jorge Dutor are back, but on a much bigger scale…

Molar by Quim Bigas Bassart – A much acclaimed and highly energetic interactive solo performance about happiness, and the way we move and are moved. A favourite at festivals across Spain, this is a performance that reflects on the commercialisation of human emotion, and is presented for free in the Great Hall of the Royal Exchange in Manchester.

Tickets and full listings are available now via www.flarefestival.com