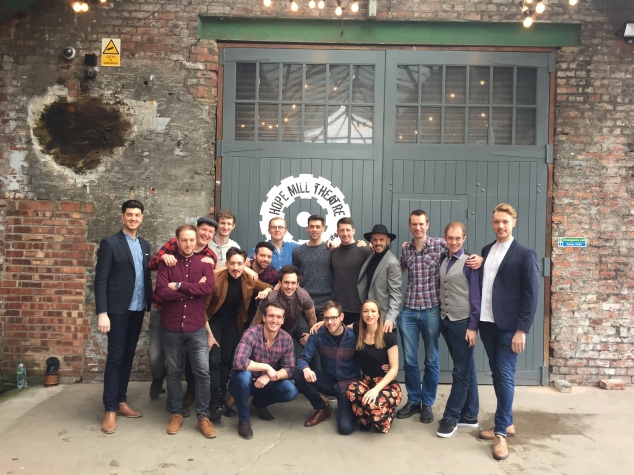 On March 9th award-winning venue Hope Mill Theatre will host the European Premiere of the much anticipated Yank! A moving World War II love story which will examine what it means to be a man, to be in love, and explore the struggles simply being in love can bring.

Based on the 2010 Off-Broadway production written by David Zellnik with a score created by his brother Joseph Zellnik the musical transports us back to the unforgettable sounds of the 1940’s, focussing on the life of Stu (Scott Hunter) who is called up to serve for his country. Stu meets and falls in love with all-American guy Mitch (Barnaby Hughes) and so begins a tougher and more emotional fight than Stu ever expected to be facing.

Yank! will be the third in-house production delivered by the hugely successful paring of Hope Mill Theatre and Aria Entertainment, who brought runaway hit Parade and cult classic Hair to Manchester audiences last year. This pairing is clearly one which understands the importance of getting things absolutely right, they put their heart and soul into delivering emotional, powerful, dynamic and beautiful productions, the prospect of them handling something with issues so current and so important is utterly thrilling. Add to this the fact that James Baker (director of Parade) is at the helm along with the addition of a third co-producer, Ben Millerman from Mr Millerman Presents and you soon realise that this is going to be something very special, without doubt crafted with love. 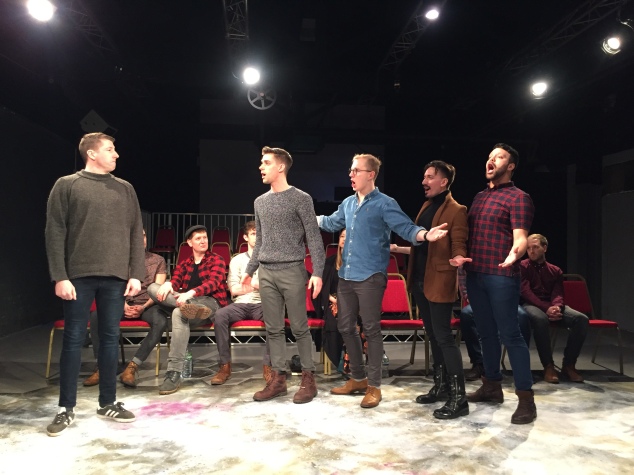 We were lucky enough to join the cast for a preview at Hope Mill Theatre and hear from director James Baker who shared just how thrilled he is to be given the opportunity to tell such a beautiful story and really examine what it means to love in a time when division is so rife.

“I read the musical and just absolutley adored it, I think for me it’s important that when I pick up a musical, I absolutely  fundamentally love the story, for me it’s always about the story and Yank! has such a beautiful story. It’s about two people, two men that fall in love in World War II  in America, that alone is an exciting prospect, a gay love story set in World War II, that was enough to hook me in, but then the layers, the questions, the things that it asks, made me think there’s much, much more to this musical”

The cast delivered several of the shows musical numbers including the beautiful Rememb’ring You, My Soldier and Your Squad Is Your Squad each of which were absorbing and really gave a taste for this vibrant and dynamic production. Scott Hunter and Barnaby Hughes’ voices perfectly complimented each other, rich and powerful with an enormous amount of warmth. Sarah Louise Young the only female in the production sounded exquisite as she delivered her piece with real emotion and heart.The 12-strong cast are hugely talented and totally committed to doing justice to this emotive and bold piece of theatre, we fully expect Yank! to follow in the footsteps of Parade and Hair in firmly placing Hope Mill Theatre on the cultural map as a groundbreaking and innovative venue and one of Manchester’s brightest and boldest assets, roll on opening night! 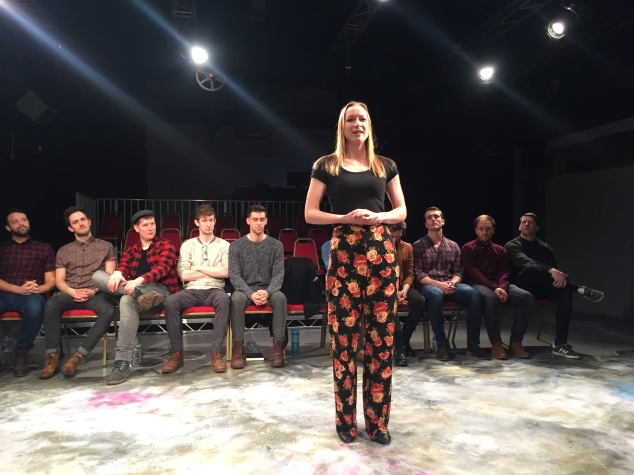 Yank! will run for four weeks from Thursday 9th March to Saturday 8th April at Hope Mill Theatre. Tickets are available now. Previews £15, all other performances £16-£22