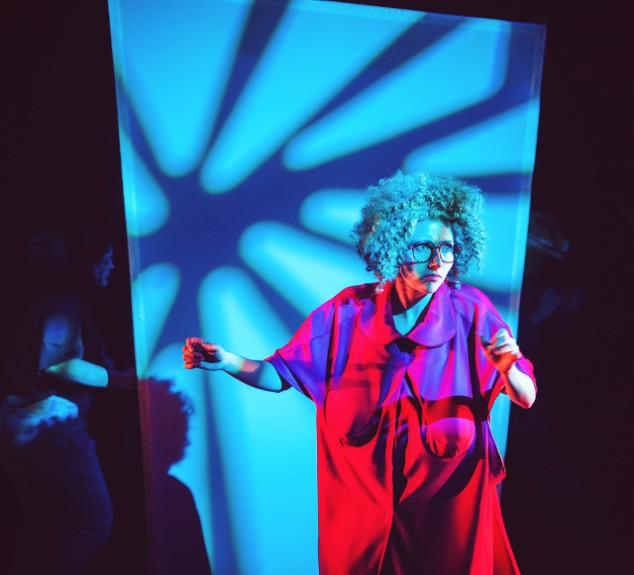 After delighting audiences (me included) with previews earlier this year before heading up to the Edinburgh Fridge and receiving 4 and 5* reviews like they were going out of fashion, not to mention the small matter of wining The Stage Edinburgh Award, glorious comedy quintet and Lowry Associate Artists Kill The Beast, return to The Lowry with their revamped and rebooted Don’t Wake The Damp.

Set in a crumbling concrete tower block, doomed for destruction by the almighty Council planning department due to the rising of some devilishly dangerous damp we find our heroin June (Natasha Hodgson). Former Science-Fiction screen siren now more at home cradling a casserole June is determined neither the Damp nor the Council will take her down. After kidnapping Council worker Terry Brambles (needs must….we’ve all been tempted right?) June is unwillingly thrust into the company of her nerdy and narcissistic neighbours to tackle the deadly damp that’s rising all around them.

Directed by Clem Garritty who also co-writes with performers David Cumming, Oliver Jones, Zoe Roberts and Natasha Hodgson, Don’t Wake the Damp it a riotous jape full of glorious gags, bonkersly brilliant songs and electric performances. The team are fantastic, playing weirdly wonderful characters to perfection; their strong characterisation makes even the most deliciously daft totally lovable. The writing is brilliant; the speed at which the gags come is seriously quick, you’ve barely stifled your snorts from one joke and you’re laughing your socks off at the next. The use of projected animations designed by Alex Purcell displayed on three large moveable screens behind the performers allow this quick paced piece to move from scene to scene effortlessly and adds perfectly to the unique charm of this retro sci-fi comedy mash-up.

There isn’t a more marvellous way to while away an evening than in the company of Kill The Beast, an absolute treat from start to finish, get yourself to The Lowry before the Damp overcomes us all! On until Saturday 29th October, tickets available below!