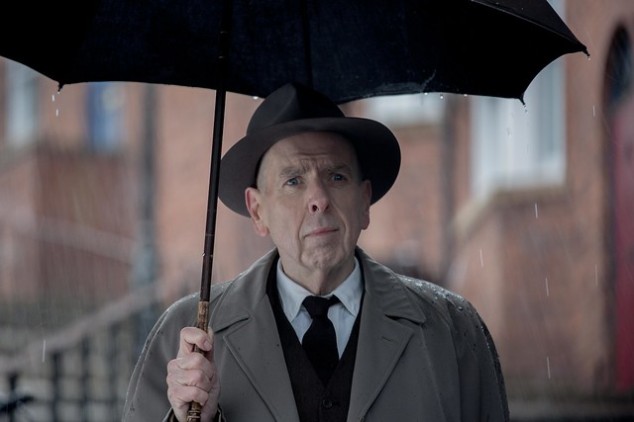 Mention Salford to anyone and it’s highly likely that legendary local artist L.S. Lowry will soon get a mention; so ingrained in the city is he that not only is there an award-winning arts venue (in which tonight’s Gala Premiere is fittingly held) but also a luxury hotel and even an outlet mall all named in his honour.

Such an important figure in British art history it’s astonishing really to learn that Lowry didn’t receive any form of recognition until he was in his early fifties; interestingly the very same year his overbearing mother with whom he lived passed away.

It is this intriguing relationship that Mrs Lowry & Son focuses on, detailing the daily fights and frustrations which ultimately defined the industrial impressionist.

Mostly set within a two-up-two-down terraced house in Pendlbury in 1934, the relationship is intricately explored and examined by director Adrian Noble. The majority of the action takes place within Elizabeth Lowry’s (Vanessa Redgrave) bedroom, well versed is she in using her illness to secure the attention of her son whose escape from the daily tyranny is found within the attic of the house where he paints into the small hours. Bitterness and resentment have long since taken hold of Elizabeth Lowry, she loathes living in Salford yearning to be back in the leafy suburbs of Manchester’s Victoria Park. The smog of the factory chimneys and the sights and sounds of Salford’s textile mills do not fit in with her middleclass aspirations.

Resolutely loyal to his controlling mother Lowry (Timothy Spall) battles with her beliefs as he sees beauty in the things she hates the most, the mill workers dashing home at the end of the day, the smoke that billows across the industrial landscape and the working class neighbours he mixed with daily in his job as a rent collector. He absorbs himself in life documenting his observations on canvas in the sanctity of his attic, a space his bed-ridden mother is unable to infiltrate.

This simmering observation of the brittle but vital relationship between the two is punctuated with sharp humour and delightful moments as both Spall and Redgrave give a masterclass in acting. Both successfully portraying the importance of Lowry’s desperation to make his mother happy in ultimately securing himself as one of the most iconic artists of all time.

Mrs Lowry & Son opens at cinemas across the UK on Friday 30th August further information can be found here.