The forthcoming tour of the National Theatre’s adaptation of the award-winning book The Ocean at the End of the Lane is coming to The Lowry in Salford. Author Neil Gaiman answers our questions.

The book is loosely based on your childhood. What was the starting point?

The book began with me wanting to try and explain to my wife where I grew up and what that world was like. She could take me to her childhood home because it’s still the same, but I couldn’t take her to where I grew up [in East Grinstead] because the place had long since been demolished; lots of lovely neat little housing estates covered the gardens and the fields and lanes. So for me it was kind of an effort to try and evoke a past and a sense of place.  An interesting side of it for me too was that I realised that I hadn’t heard, for a very long time, the Sussex accent of my childhood. Mrs Weller came in and cleaned once a week and Mr Weller came in and did the gardens. They were probably in their 80s and they had proper Sussex accents – almost like a West Country burr. I resolved to write a novel with that in too.

How did you create the Hempstocks?

I was told by my mother – quite erroneously, I discovered, when I did my research – that the farm half-way down our lane was in the Doomsday Book. And that was the start of the Hempstocks in my head; who they were and what I wanted to do with them.

Do you find writing about family especially fascinating?

I don’t think I’ve ever been able to avoid writing about family, even when I thought I was writing about something else. Whether it’s biological family or the family we make. In the novel I created a semi-fictional family for myself, and in the play version it was one step further away from my family, which I think looking back on is incredibly healthy! But the boy is definitely me.

The play received amazing reviews when it premiered. Without any spoilers, do you have any favourite moments?

There is something astounding about the moment when they enter the ocean. That completely fascinates me. And you’re going to see miracles made out of bits of rubbish and old plastic bags and nightmarish birds beyond your imagination. It still takes me by surprise every time I watch.

Is it true that you were so moved by the play when you saw it in rehearsals that you cried?

I saw the first full run through. About ten minutes from the end I had tears running down my face. I thought that this was terribly embarrassing and I was discreetly trying to flick them away.

You describe yourself as a storyteller. What inspired you to be a writer?

I’m not sure that all writers are frustrated performers, but for me it was the joy in getting to be all of the characters. As a writer you get to do that. Being a kid who loved books I could think of nothing cooler than giving people the pleasure that I got.

The Ocean at the End of the Lane opens at The Lowry on Monday 12th December and runs until Sunday 8th January tickets available here. 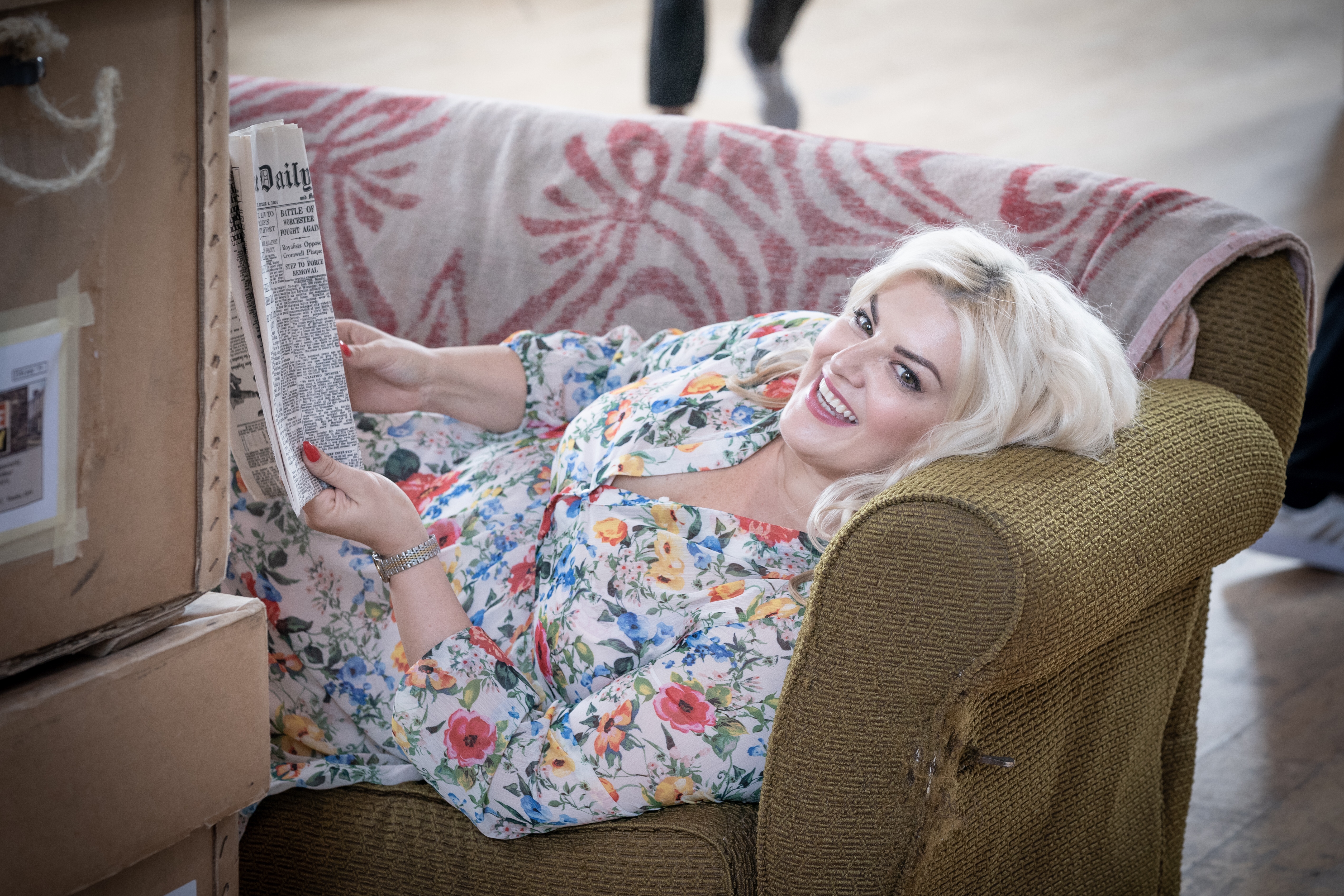 The National Theatre brings Shelagh Delaney’s ground-breaking play A Taste of Honey to The Lowry this month as part of a new autumn UK tour. Returning the northern classic back to its roots, Bijan Sheibani’s production takes an enthralling look at working-class life in post-war Salford.

Jodie Prenger takes on the iconic role of Helen, a single mother who takes off with a car salesman leaving her feisty teenager Jo to fend for herself. Jo’s relationship with a sailor comes unstuck when after promising to marry her he heads off back to sea leaving art student Geoff to take on the role of surrogate parent. Things get even more interesting when Geoff innocently calls on Helen to help, opening the doors for this unconventional set up to unravel. 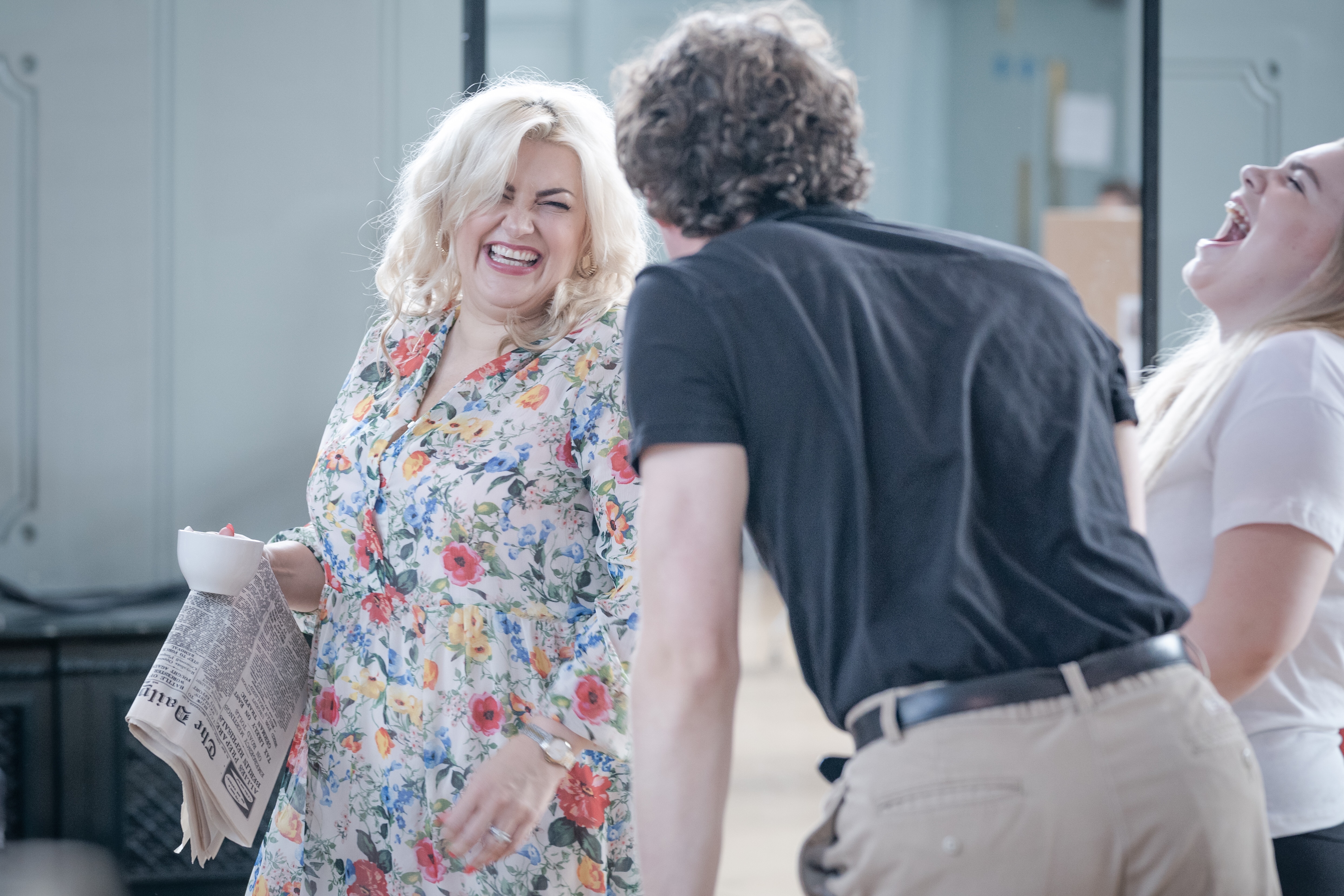 We were lucky enough to catch up with Jodie Prenger during rehearsals to hear a little more about the production and what it means to be tackling such an exciting role written by Delaney when she was just 19.

“I first watched it about 8 years ago now, a dear friend of mine Bobby Delaney (no relation) gave it to me to read and I absolutely fell in love with it.” Jodie explains “…it was so real, so honest and so tender. It was the mother and daughter relationship that really got me, for me, my Nan and all that side of the family were all from Manchester so it was just like hearing my Nan’s voice. The feistiness and the fight that my Nan had I saw a lot of that in Helen.” 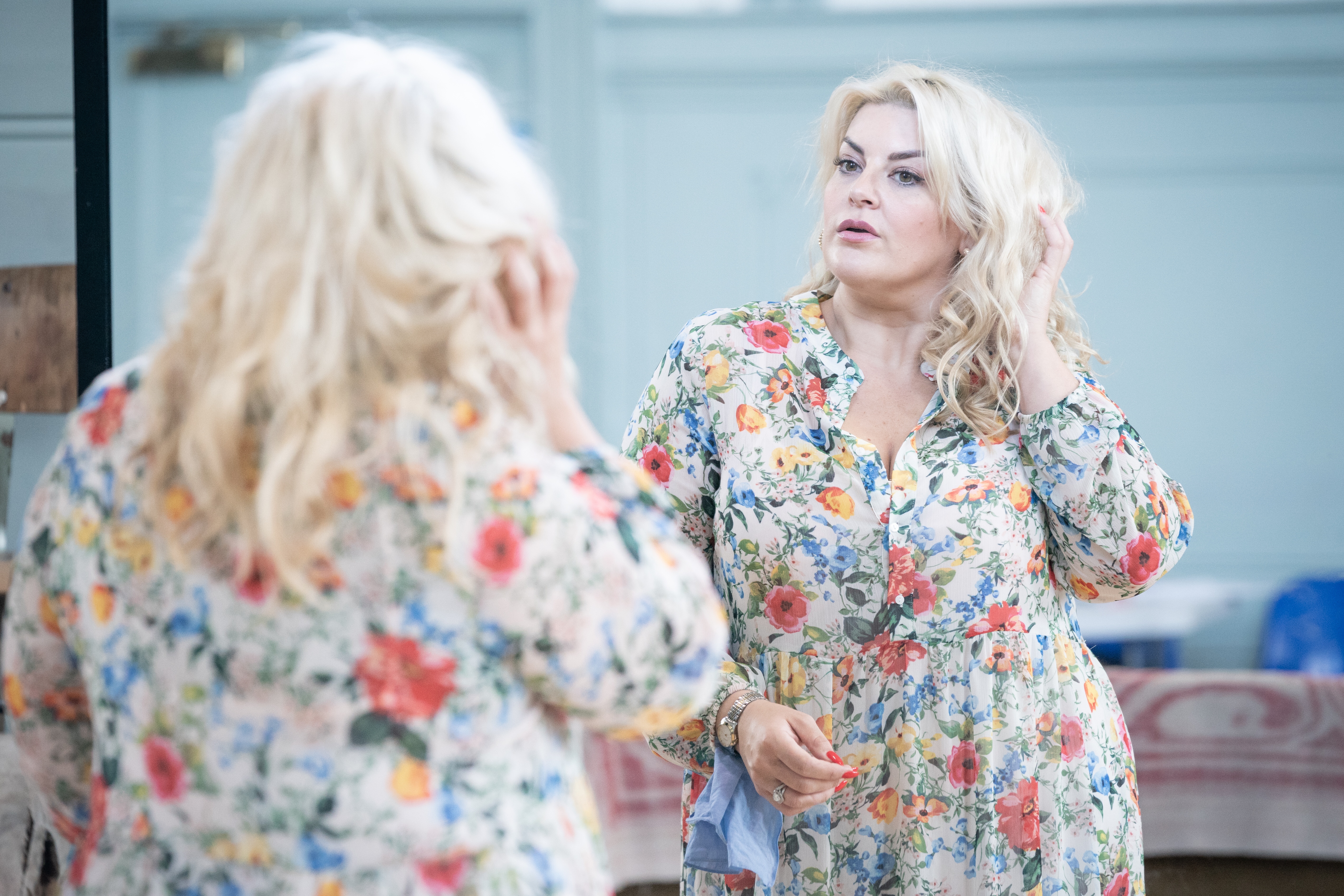 Prenger has played many strong women on stage including the ultimate Scouse independent woman Shirley Valentine; we asked Jodie what is was about northern writing that makes for such a memorable and original piece. “Northern writing just has a real warmth…it’s witty, it’s tender, there’s a zest and spiciness to these strong female characters who I think are always interesting to watch in theatre, in film and TV. The way Shelagh Delaney wrote is just so great that the story comes to life and I just love reading it and watching it.” Explaining what makes the North so special Jodie said, “There’s a beating heart within the North, in Manchester and Salford and within the play itself. Even though people are up against so much they still fight and strive and still have that warm genuine humour. It’s like me and my Mum we can be battling royal but then one of us will say ‘oh have you finished then’ it’s a type of humour that you don’t often find in every corner of the UK.” 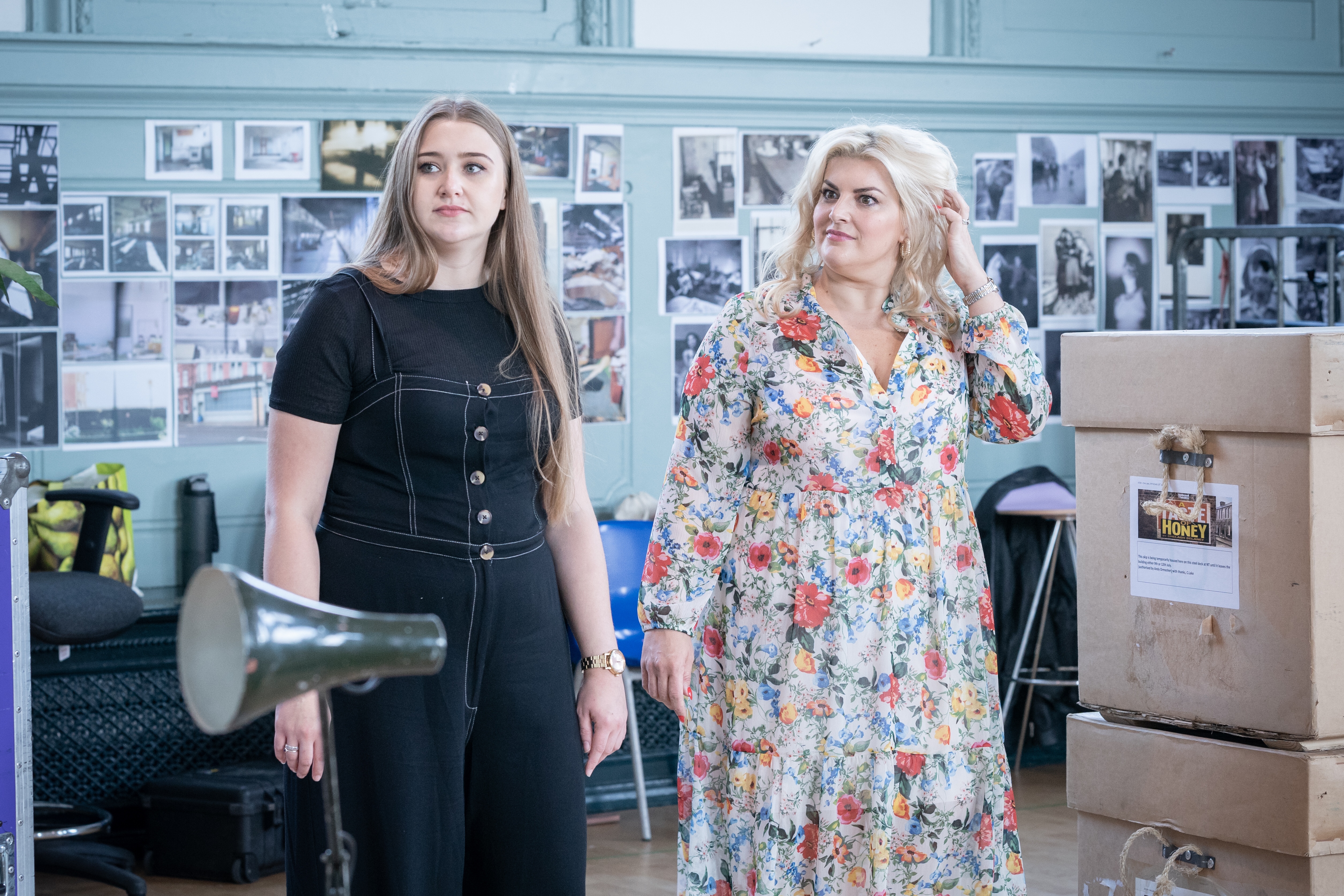 The play was famously seen a very taboo when it first premiered due to the themes and characters, “We’ve come a long way but we still have a long way to go, the cast were told they may have to evacuate the theatre when it was first put on, you’d not have that happen now, that wouldn’t even be entertained today but back then it was. I think we’re getting better well at least I hope we are. Yes back then it was taboo and although not so much now it’s still very, very poignant”.

Aged just 19 when she wrote this debut piece, Prenger sees Delaney as a courageous writer, “I think she unleashed a really strong genuine female voice which around that period was unknown. It was very brave, I think it’s the same kind of woman’s voice we’d hear today but then it seemed shocking and taboo.” 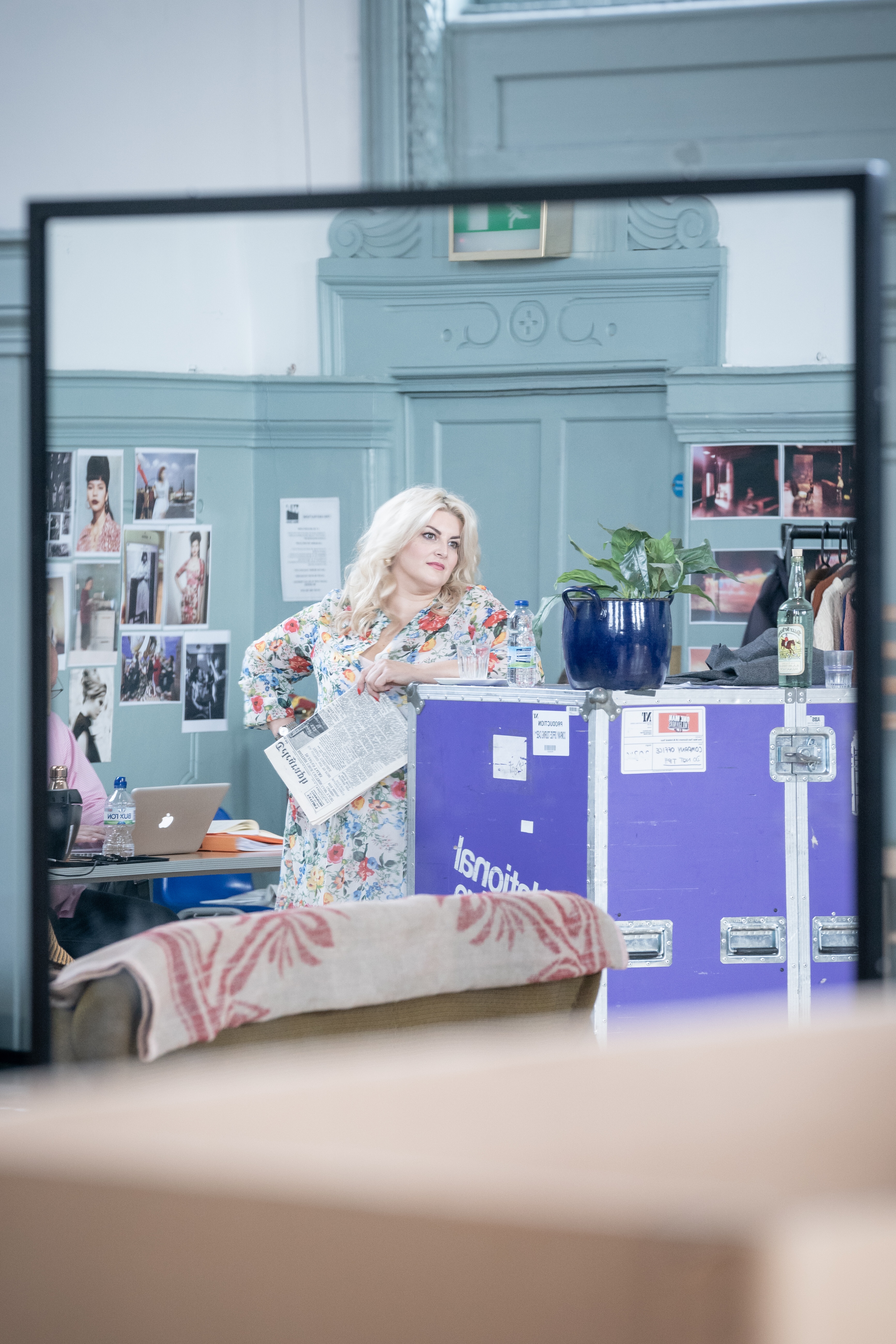 The role of Helen has famously been played by several incredible actresses including Angela Landsbury and Avis Bunnage, Jodie explained how she goes about making a character people know so well her own. “You do feel the pressure of those who have gone before you but that’s what gives you the drive to work hard and gives you the confidence to decide how you are going to create your character. It’s about my Nan’s ethic almost of rolling up your sleeves and getting stuck in. It’s important you develop the character how you want to develop her and that comes from working with your fellow cast members. I think she’s real; the only way you can play a character like her is by playing the truth.”

Drawing on her experiences with her own family when it comes to the mother daughter scenes Jodie states “Making the mother daughter relationship believable I think comes from taking your experiences and using them. Taking experience and inspiration from characters you’ve met along the way. Definitely the relationship you have yourself with your mother, sometimes I find although Helen and Jo are polar opposites they are also so similar I think that’s why they come up against each other so much.” 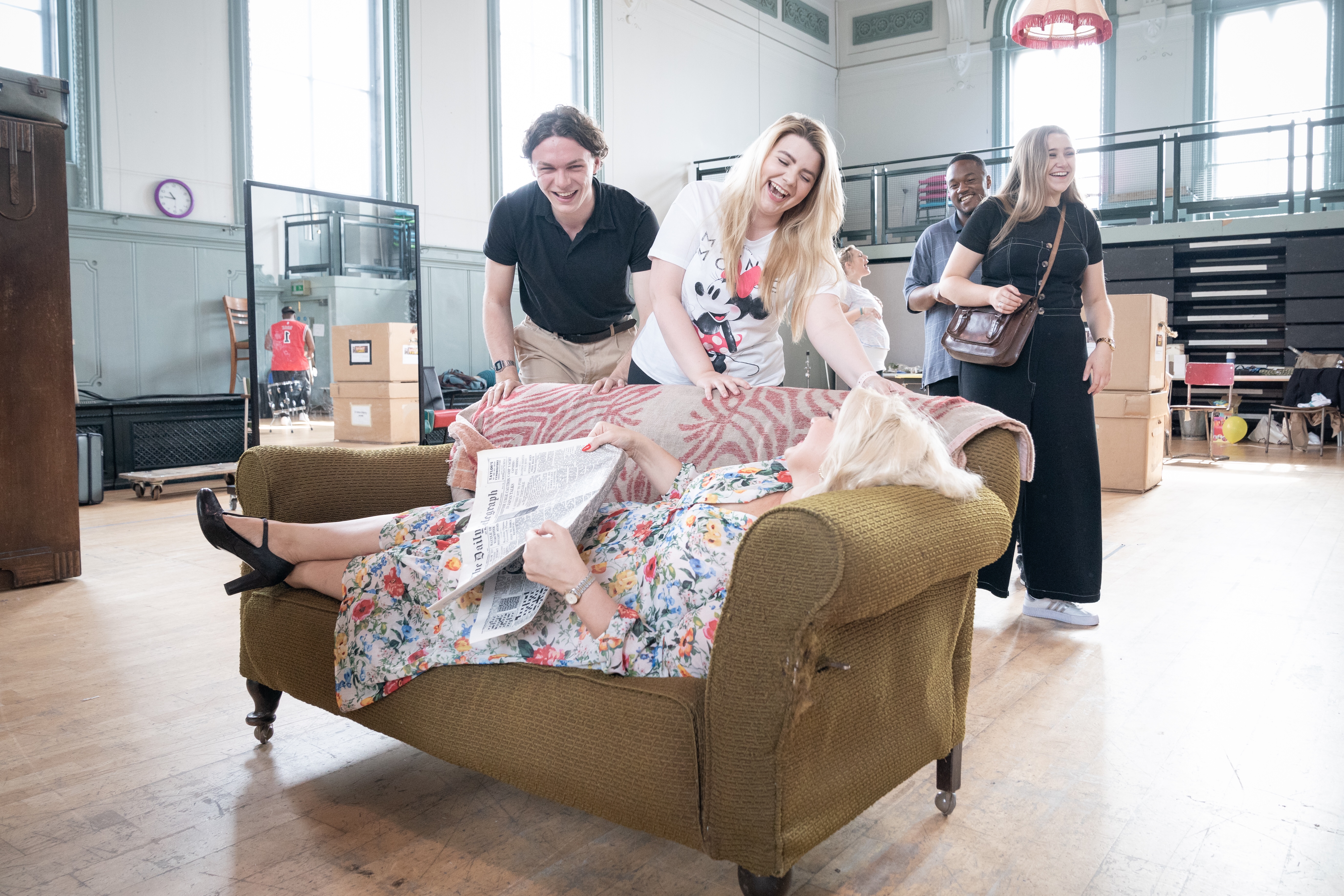 Set famously in the 1950’s Prenger explained how those elements will still very much be present but with some additional styling from designer Hildegard Bechtler. “It’s the same production team who worked on the 2014 production at the National, but what they are really, really set on is keeping those elements of the 1950’s but making it poignant for today. There’s music like Nina Simone, Peggy Lee and Amy Winehouse, there’s live jazz, there’s folk music. The aesthetic of Amy Winehouse really influences the design, her style, look and music. The costumes will be 1950’s but not so much starched dresses etc that it couldn’t be any other time but will hint at modern day as well, same with the props and set too.”

Launching the tour in Salford the birthplace of Shelagh Delaney feels appropriate; we were interested to hear Jodie’s thoughts on what her character Helen would make of 2019 Salford. “My brother Marco lives nearby and I can’t believe how much it’s changed, perhaps she’d find the nearest gin bar, she’d have a great choice. I’m sure she’d love it; you always love home don’t you. That’s what Shelagh Delaney was like, she says there’s not many places she’d like to live, maybe London but then she’d always come back home. Home is home.” 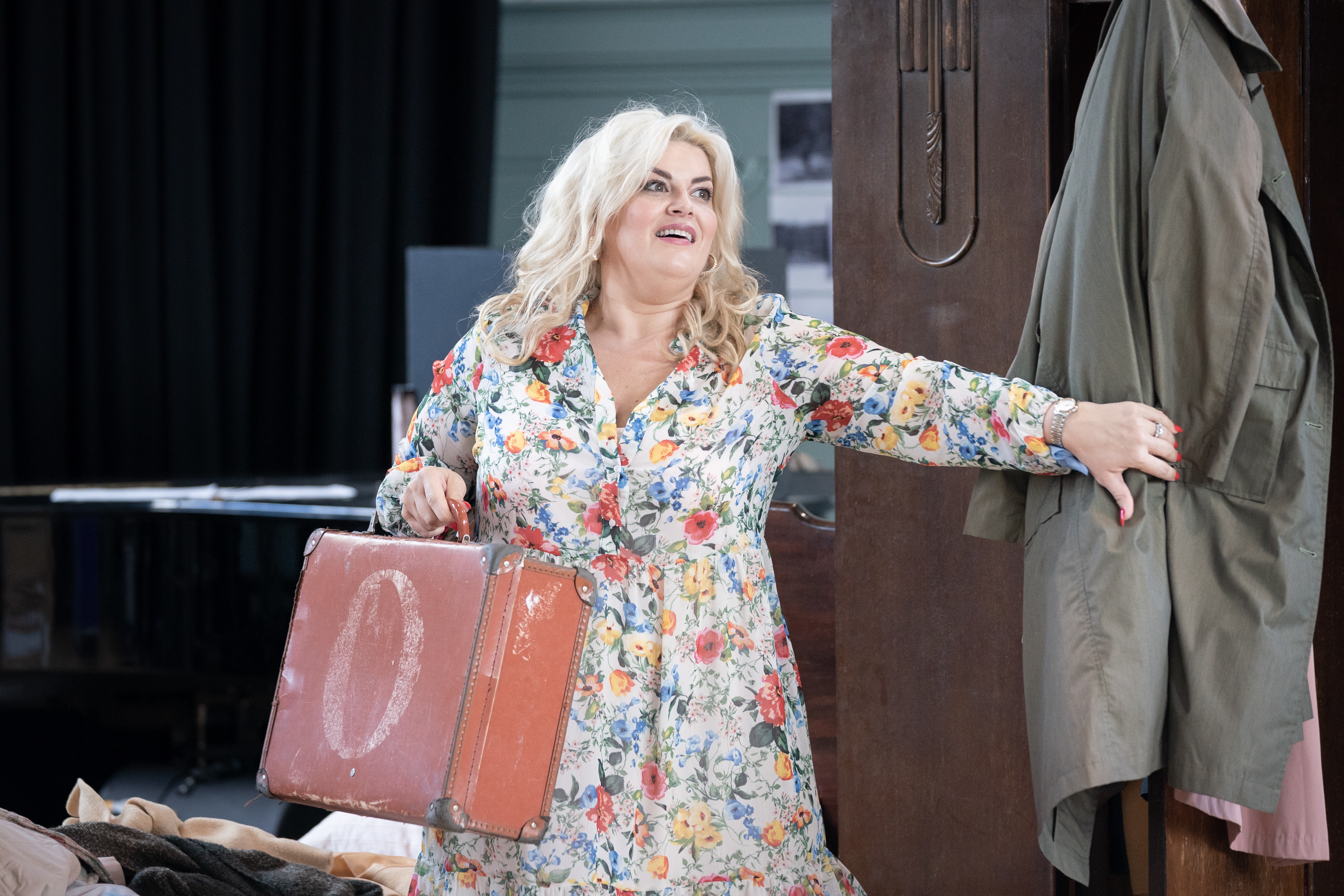 A Taste of Honey opens at The Lowry on Friday 13th September and runs until Saturday 21st September, tickets available https://thelowry.com/whats-on/nt-a-taste-of-honey/