Highly anticipated new British musical comedy, The Toyboy Diaries which runs from Thursday 18th January to Saturday 10th February at Hope Mill Theatre, offers a first look at the production today with these newly released images from the rehearsal rooms.

Charting the hilarious and sometimes heart-breaking ups and downs of mid-life dating, The Toyboy Diaries is the first of 2018’s five in-house musicals from the hugely successful collaboration between Joseph Houston and William Whelton, co-founders of Hope Mill Theatre and producer Katy Lipson, of Aria Entertainment. 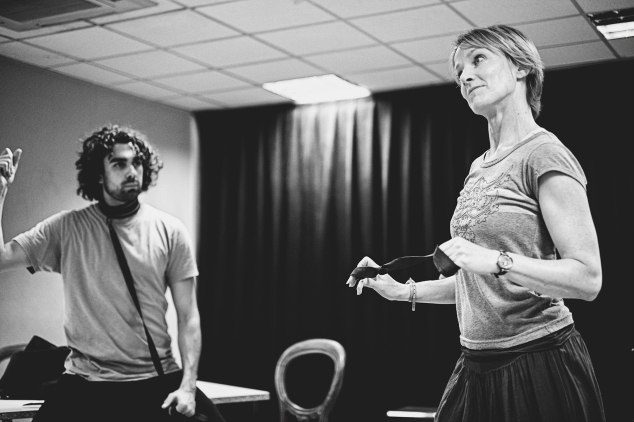 The production, which is adapted from the best-selling memoirs by Wendy Salisbury follows twice-divorced Lily as she inadvertently finds herself under a much younger man, which then opens the door to a whole new world of inappropriate relationships.

The lead role of Lily will be played by Johanne Murdock who was recently seen as Brutus in Julius Caesar and Lady Macbeth in Macbeth (Guildford Shakespeare Company). The production also features Olivier Award-nominee Nicola Blackman (Destiny Rides Again, Babe the Sheep Pig, Gilgamesh and Just to Get Married) as Lily’s best friend Penny.

The Toyboy Diaries will be directed by Tania Azevedo, with a book by Simon Warne, music and lyrics by Andy Collyer.