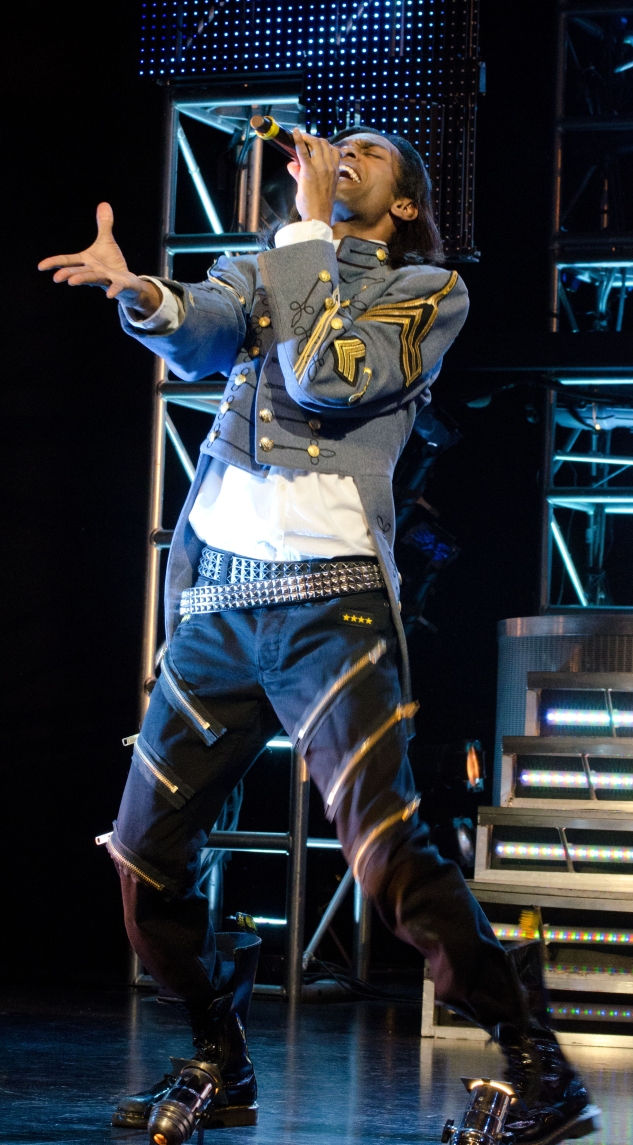 The Thriller Live tour has moonwalked into Manchester, as it brought it’s all singing, all dancing soulful show back to the Palace Theatre.

You’d be wrong to think that Thriller Live is a biographical musical of Michael Jackson’s Life. Whilst there is potential for that to happen one day, director and choreographer Gary Lloyd very much focuses this show on Jackson’s iconic music and dance moves.

The lead vocalist and resident director, Britt Quentin proves that he’s certainly more than just a VERY uncanny lookalike to the great king of pop. From the outset, Quentin has his performance perfected, from pulling off the signature moonwalk to Jackson’s famous anti-gravity lean.

It doesn’t matter if you’re Black or White, or male or female in this case. Quentin is joined by five talented vocalists who perform some of Jackson’s classics including: Who’s Loving You, Smooth Criminal and Bad to name just a few.

Notably, amongst the performers Rory Taylor gives a chilling rendition of She’s Out Of My Life and Adriana Louise brings girl power to the show. As the only female vocalist, she proves that her vocals are just as powerful as the men’s, whilst providing pitch perfect harmonies and unique renditions to classics such as I Just Can’t Stop Loving You and Blame It On The Boogie.

Although, there isn’t a specific storyline the show begins in the Jackson 5 era with a set of Motown classics: I’ll Be There, I Want You Back and ABC performed by the incredible Ina Seido. This was quickly followed by Jackson’s 1972 hit Rockin’ Robin, but instead of being performed by a ‘younger Michael Jackson’ as it notably is in the West End version, there was a video clip of a young performer dancing and miming to the song displayed on a screen instead. This seemed a little out of place and dropped the energy of the show, as previous songs and the ones which followed were performed by live vocalists.

The cast is complete by a sensational group of dancers, who provide the energetic atmosphere that the show thrives from. They work tirelessly through every dance number without losing enthusiasm. A special mention must go to self taught dancer Antony Morgan, who brought humour and personality to various scenes throughout the show – notably during Adriana Louise’s seamless rendition of The Way You Make Me Feel.

It was expected that the cast would be receiving a standing ovation at the end of their opening night in Manchester. But the eagerly anticipated crowd were ahead of that game, as the opening of Jacksons 1982 hit Billie Jean began to play, the audience were straight up on their feet and dancing in the aisles for the remainder of the show.

Overall, Thriller Live feels very much like a concert rather than a musical, from the iconic set list to re-enactments of Jackson’s music videos.

But one thing’s for certain, you’ll leave singing, dancing and Shaking Your Body (Down to the Ground).

You’d have to be a Smooth Criminal to miss this Thriller of a show (sorry we couldn’t resist).