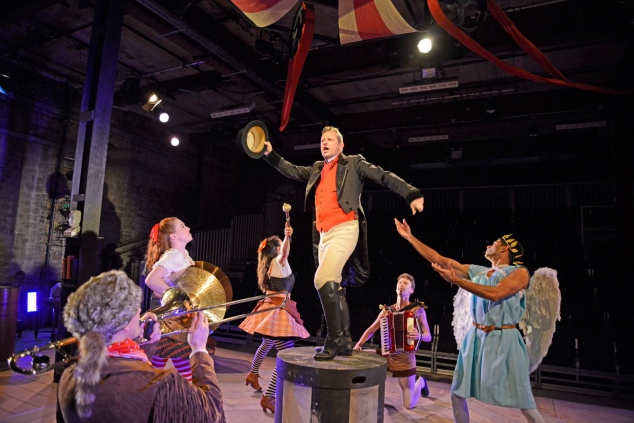 “Now what I want is, Facts. Teach these boys and girls nothing but Facts…”

These are the words of Thomas Gradgrind, the School Board Superintendent (played here by Andrew Price). As Northern Broadsides adaptation of Hard Times by Charles Dickens unfolds, we begin to see why this approach to bringing up children can have disastrous effect on their future and indeed, spirit.

Here we have an inventive and ambitious retelling of one of Dickens’ perhaps lesser read tales. Thomas Gradgrind will not allow fanciful thoughts not in his school nor in his home, which becomes somewhat problematic when the circus comes to town. 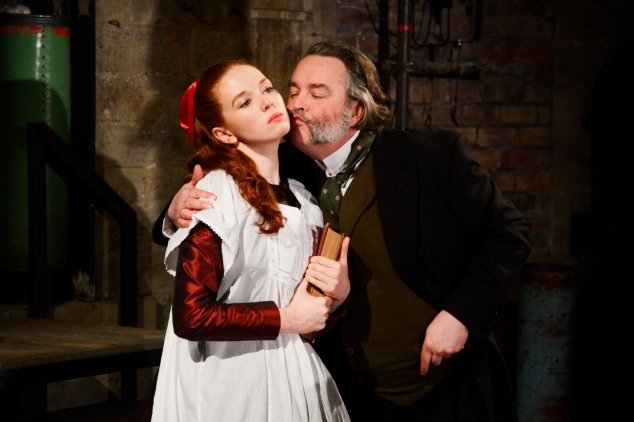 The piece is threaded together with tones of nostalgic North England, brass duets and rich north east folk melodies along with circus montages that are both vibrant and haunting at the same time.

The cast all appear to be multi-talented actors who sing, dance, play instruments, walk on stilts, charm snakes (not a real one for those of you that suffer from Ophidiophobia) amongst other things! I haven’t picked out individual performances in this review as this piece is very, very much an ensemble piece with everyone working together to deliver this epic tale. 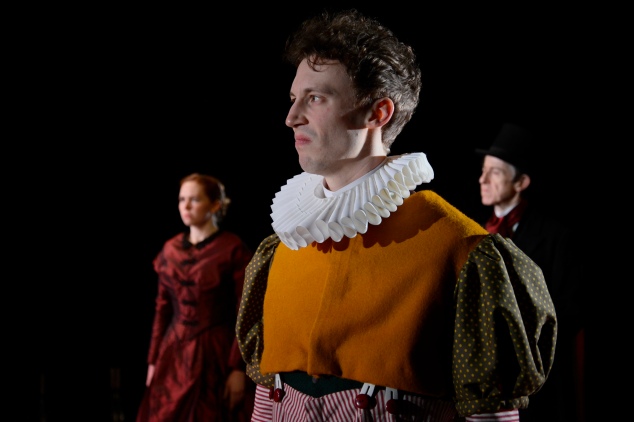 For me, the first half felt slightly lacking in momentum but this is probably down to the immense amount of detail needed to round off a Charles Dickens story. The second half seemed to have a lot more energy as all loose ends were tied up and the deviousness of pretty much everyone involved was exposed.

Congratulations to Deborah McAndrews for this adaptation of an epic tale, the story keeps moving but all the details are still there which is so important when dealing with Dickens and also to Conrad Nelson for his direction and fluid telling of the story, no mean feat when a circus is involved!

On at the Lowry until Saturday 10th March tickets available here.

Northern Broadsides together with New Vic Theatre, Newcastle-under-Lyme bring their swashbuckling tale of the legendary Cyrano De Bergerac to the Lowry this week in a newly adapted production from award-winning playwright Deborah McAndrew. Delivered in verse and littered with delightful blasts of baroque music director/ composer Conrad Nelson’s Cyrano is a gloriously fun interpretation of Edmond Rostand’s romantic comedy about unrequited love.

Husband and wife team McAndrew and Nelson stage this European classic with wit and regional charm and although we are in Paris amidst the golden age of the musketeers it is warm Northern voices which deliver the verse. A hint of “Robin Hood Men in tights” in its bold and clever comedy this new adaptation is bright and brilliant.

Christian Edward makes for a charismatic and commanding Cyrano, entirely confident and cool unless his massive conk gets a mention. Retired to his fate that he’ll never find love with a hooter so large Cyrano becomes third wheel in the fledgling relationship of the blindingly beautiful Roxanne (Sharon Singh) and the ever so handsome Christian (Adam Barlow). Cyrano releases his inner longings for Roxanne onto parchment which she is led to believe comes from the hand of the perfectly formed Christian, who sadly flunked school when it came to prose. It is only many years later Roxanne learns the truth and realises the man she loves has been nose to nose with her for her entire life, quite literally.

Edwards is exceptional as Cyrano, instantly likeable with bucket loads of swagger he is proud and combative but really loveable at heart. Throughout the piece we see drunken poet Ligniere (Michael Hugo) act almost as a narrator, vocalising the woes of our characters and commentating on the pains that are the Parisian nobles, Hugo is brilliant fun, entertaining and very witty. Francesca Mills takes on multiple roles and is exceptional in all, quick witted and engaging she makes for an excellent pick-pocket sidekick to our hero Cyrano. 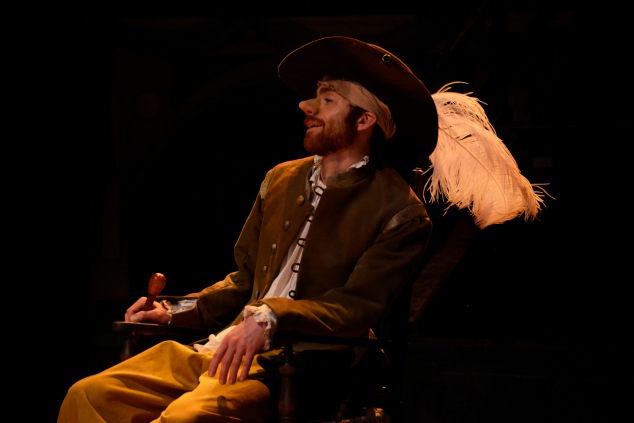 Northern Broadsides have succeeded in making their Cyrano both cheeky and passionate, the entire ensemble cast work brilliantly together, with laughs a plenty as well as tender and touching moments Cyrano has got it all, wit, vigour and the most impressive hooter you’ll ever see!

On at the Lowry until Saturday 22nd April tickets available here; https://www.thelowry.com/events/cyrano