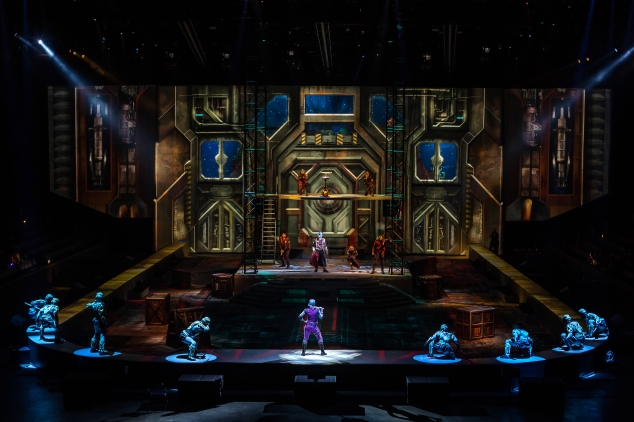 It’s been hard to avoid the all-conquering global domination of the Marvel universe in the past decade, thanks to the big screen smash hits of the Avengers and Guardians of the Galaxy. And now you can see your superhero faves up close and personal in a new Arena size show – Marvel Universe LIVE!

In Manchester this weekend, the show features aerial stunts, martial arts, daring motorcycle skills, pyrotechnics, special effects, 3D video projection and much more. Called on by Doctor Strange, the Guardians of the Galaxy join the Avengers on a momentous crusade against the scheming Nebula who teams up with the conniving and loathsome villains Loki and Green Goblin. 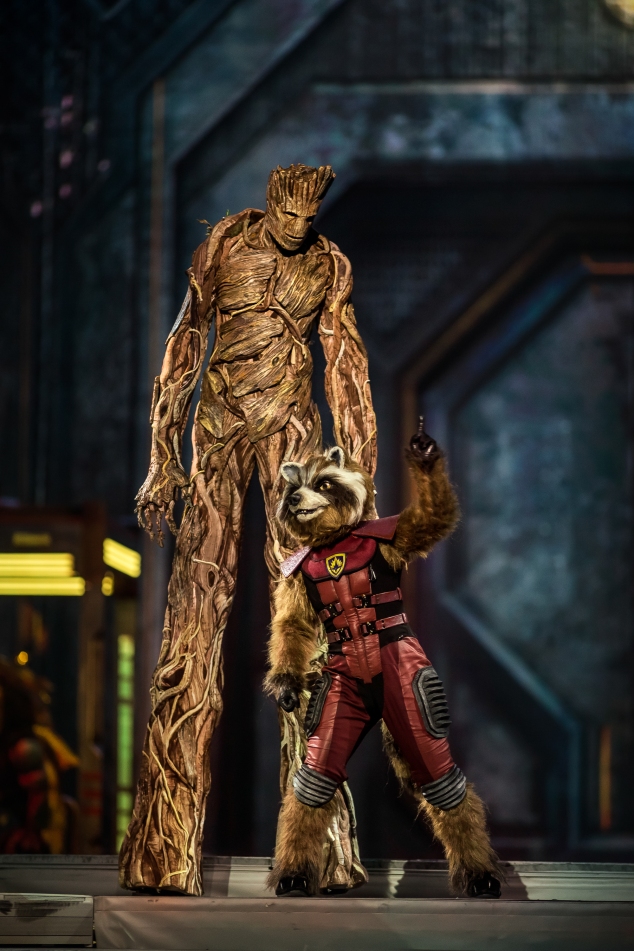 The incredible superhuman forces of Iron Man, Thor, Black Panther, Hulk and Black Widow will unite in clashes that pit student against mentor, sister against sister and brother against brother.

Given that the popularity of the Avengers & Co is so huge that parents would probably fork out for anything branded under that banner, it’s gratifying to see the level of work and sheer skill that has gone into this massive show. All credit to Marvel and producers Feld Entertainment for delivering a budget-busting, large-scale production that’s chock full of thrilling stunts and action packed dramatics. You really do get plenty of bang for your buck here. 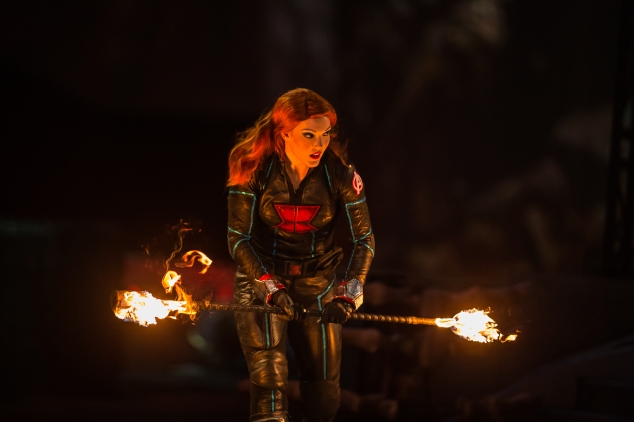 The main attraction is certainly the much loved characters – who jump, punch, kick, fly and web-sling their way through proceedings. The costumes and wigs etc are spot on, with a special shout out for our favourites Groot and Rocket Racoon from Guardians of the Galaxy.

A stunning sequence on motorbikes had us holding our breath and a scene-stealing appearance by the mean, green Hulk was well worth the wait! The fight choreography is spot on, executed with precision by the impressive hardworking cast of over 25 performers. But it’s not all explosions and punch-ups though, there’s some really artistic moments to enjoy too, including a stunning display of aerial artists on silks and a dramatic section with a host of fire jugglers. And the terracotta warrior statues that ‘come to life’ were beautifully realised too. 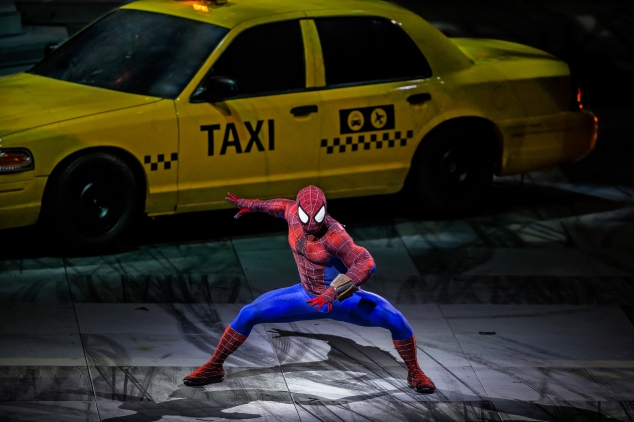 My little Captain America certainly didn’t want it to end, declaring it “the best show he had ever seen!” Which is high praise indeed.

Further information, tickets and tour dates can be found here.