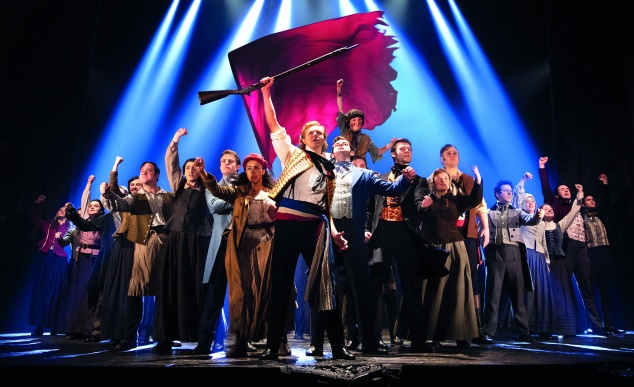 Les Misérables is one of those few tour de force musicals that need no introduction; the buzz surrounding its arrival in Manchester a rare phenomenon. Performances sold out within days while the shows return to the region in May 2020 at the Lowry was announced even before Jean Valjean had uttered ‘24601’ on this current visit; within minutes of the curtain raising at tonight’s performance it becomes abundantly clear why.

While the West End production of Alain Boublil and Claude-Michel Schönberg’s masterpiece has been running at the Queens Theatre since 1985 it is a newly conceived touring version that has been taking the country by storm since opening in Leicester in November 2018.

This stunning production first conceived by producer Cameron Mackintosh in 2009 in celebration of the shows 25th anniversary offers a fresh vibrancy which will no doubt recruit a new generation of theatre fans while making devoted fans fall in love with Les Misérables all over again. 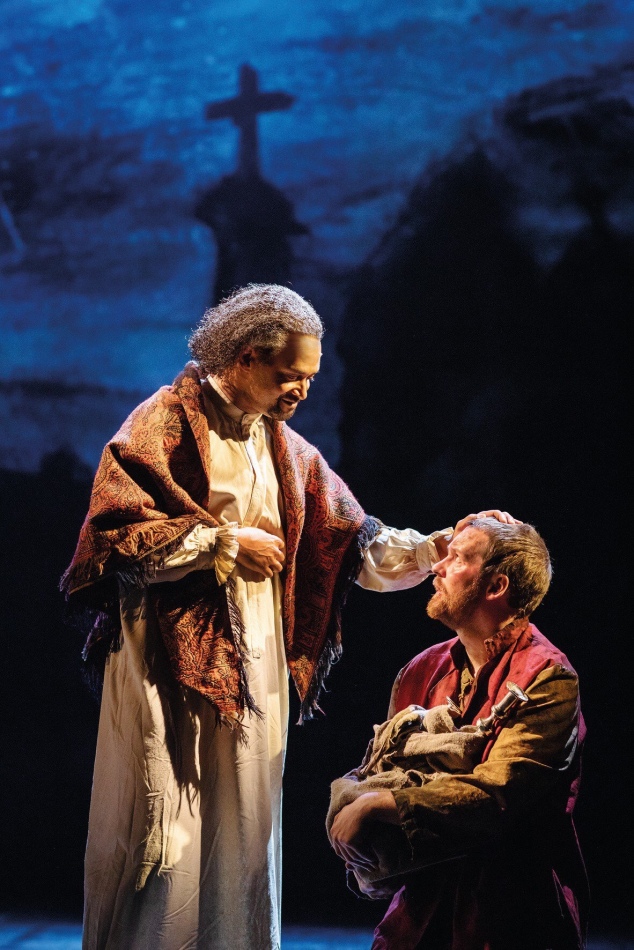 Laurence Connor and James Powell’s inspired direction ensures that the almost three-hour duration whizzes by; keeping the audience fully engaged throughout this epic spectacle. There is not one drop in pace nor lull in action. Act I ending with the rousing One Day More perhaps the most epic way to lead into an interval ever.

The biggest change from the current production running in the West end is Matt Kinley’s striking design. Gone is the famous revolve and in its place come vibrant and visually stunning projections; this new design still triggering the heartfelt emotion of the traditional show whilst adding the thrill of a cinematic feel to proceedings.

Kinley’s designs (expertly animated by 59 Productions) are based on Victor Hugo’s original paintings, and offer a new depth and authenticity to the material while Paule Constable lights each scene with atmospheric perfection. Benefitting from this design creativity the scenes in the underground sewers of Paris are outstanding while Javert’s demise is quite simply jaw-dropping. 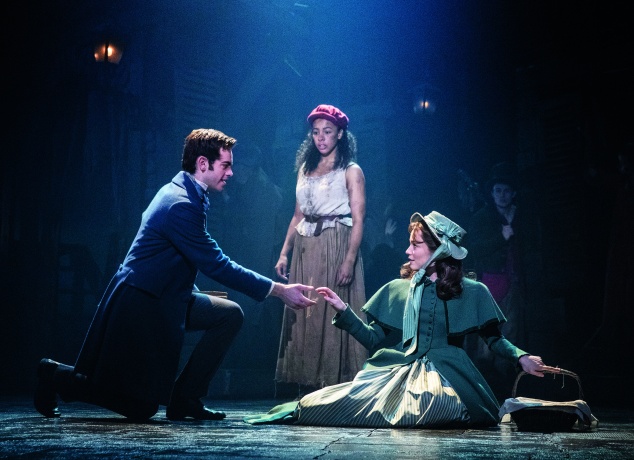 The journey Killian Donnelly takes us on as Jean Valjean is bursting with gut-wrenching emotion; from embittered convict through to tired elder nearing ultimate redemption his commitment to the role never wavers. His voice is perfection, from the gentle soothing tones during the opening of Bring Him Home to the full-out goosebump-inducing Who Am I? Nic Greenshields is equally convincing as the brooding Javert, commanding in his presence and convincing in his delivery, his stunning performance during Stars receiving one of the biggest applause of the evening.

The Thénardier’s (Sophie-Louise Dann and Martin Ball) comical interludes are an absolute joy, both clearly delighting in their roles and cementing themselves as audience favourites.

Both Katie Hall as Fantine and Tegan Bannister as Eponine break audience hearts with their moving performances while Harry Apps’ emotional delivery of Empty Chairs At Empty Tables convinces further that this is a company for who nothing less than perfection will do.

The inevitable and well-deserved standing ovation confirms the power of this enduring story; combine that with the beauty of its soaring score and the astonishing quality of talent on stage and you quite literally have the perfect piece of theatre. Every person in the ensemble gives their heart and soul to this production and the result is sensational. Epic in its scale and breath-taking in its brilliance. If you only ever see one piece of theatre make it Les Misérables.

On at the Palace theatre until Saturday 30th March, currently sold out but check here for returns otherwise tickets go on general sale for The Lowry on Friday 1st March and can can be purchased here.

One thought on “Les Misérables”