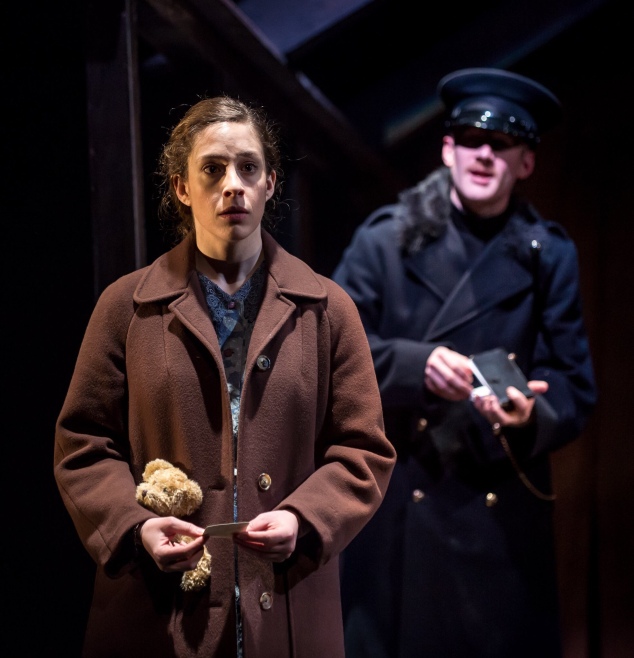 Focussing on the remarkable time when child refugees were welcome on our shores as thousands of frightened Jewish children were forced to flee Nazi Germany between 1938 and 1940 to the safety of Great Britain.

In this Anne Simon directed production we focus on one such child, a young Jewish girl named Eva who is sent to the safety of Manchester by her desperate mother Helga, to live a hopefully free life under the protection of foster family Mr & Mrs Miller. As Eva matures she moves further and further away from her past, changing her name to Evelyn and locking away every reminder of her tragic origins in the attic. One day Evelyn’s daughter Faith discovers the documents, uncovering the truth about her mother’s complex beginnings and forcing Evelyn to face up to her past and relive her haunting nightmares.

There is a recurrent figure brought to life in Evelyn’s evocative memories, the Ratchatcher, a creeping, lurking and terrifying child catcher portrayed by Matthew Brown to interesting effect. He is a haunting reminder of Evelyn’s childhood fears and now adult guilt, he is however in large parts unseen as he fails to creep far enough into vision on many occasion, a great element that could have been exceptional sadly poorly orchestrated.

Leila Schaus makes for a compelling and believable Eva, she fully embodies the role of frightened, frustrated child while portraying beautifully the shattered innocence of a young evacuee whose childhood is gradually destroyed by the horrors of war. 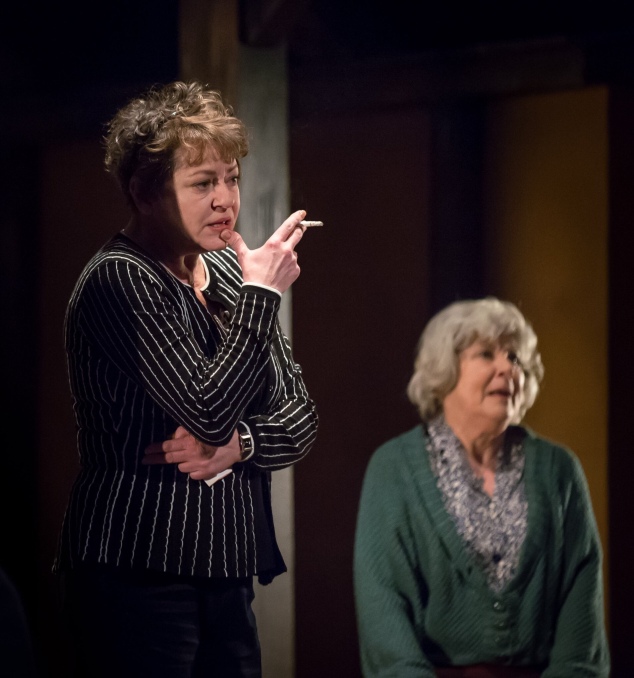 Jenny Lee is excellent as the vociferous Lil, as the Mancunian Mother she brings some welcome laughter to this poignant drama.

Suzan Slyvester and Hannah Bristow in their roles as Evelyn and Faith portray a difficult and cold mother/daughter relationship. Lacking in warmth, they are spiky and cruel to each other, as Evelyn wallows in her misery and Faith lacks the compassion to empathise with her mother’s plight.

Past and present appear on stage simultaneously to great effect with Nic Farman’s atmospheric lighting gently but convincingly differentiates between the two.

The production features some strong performances with a visually impressive set from Marie-Luce Theis it just doesn’t quite impact the way this moving exploration on the effects of war should do. That said it is a compelling and educational production which puts the spotlight firmly on the lasting plight of the innocent during war, something that should always be at the forefront of our minds.

On at the Opera House until Saturday 5th May tickets available time.