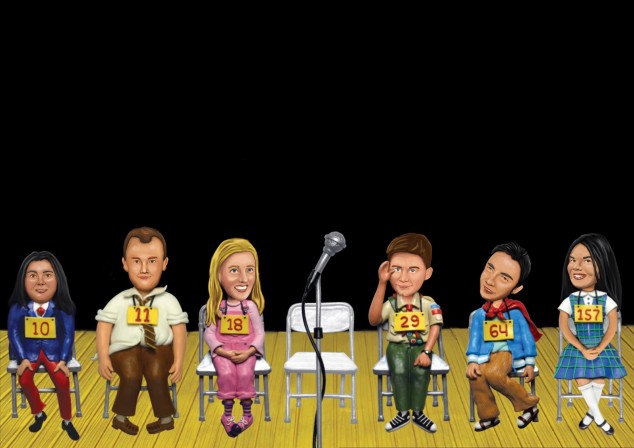 Following on from last year’s success of Urinetown The Musical, Side by Side Productions return next week to Manchester’s Hope Mill Theatre with a charming and funny production of the Tony Award-winning musical The 25th Annual Putnam County Spelling Bee.

Ever wonder what’s going through the adolescent minds of those endearing, quirky Spelling Bee champs? Six awkward spellers learn that winning (and losing) isn’t everything as they vie for the spelling championship of a lifetime. In hilarious, touching, and catchy songs by William Finn, each speller reveals his/her hopes, struggles, and passions as they make their way through the competition. Even audience members are invited to challenge the six competitors!

Director Mal Wallace said “Spelling Bee is a fantastic musical which is rarely produced and the exceptionally talented cast and production team are a joy to work with. Judging by the hilarity that is constant through every rehearsal the audience are in for a real treat!”

Follow Side by Side Productions on Twitter for futher info: @sbsprodutions #SpellingBeeMCR and head to www.ticketsource.co.uk/sidebysideproductions to book your tickets!