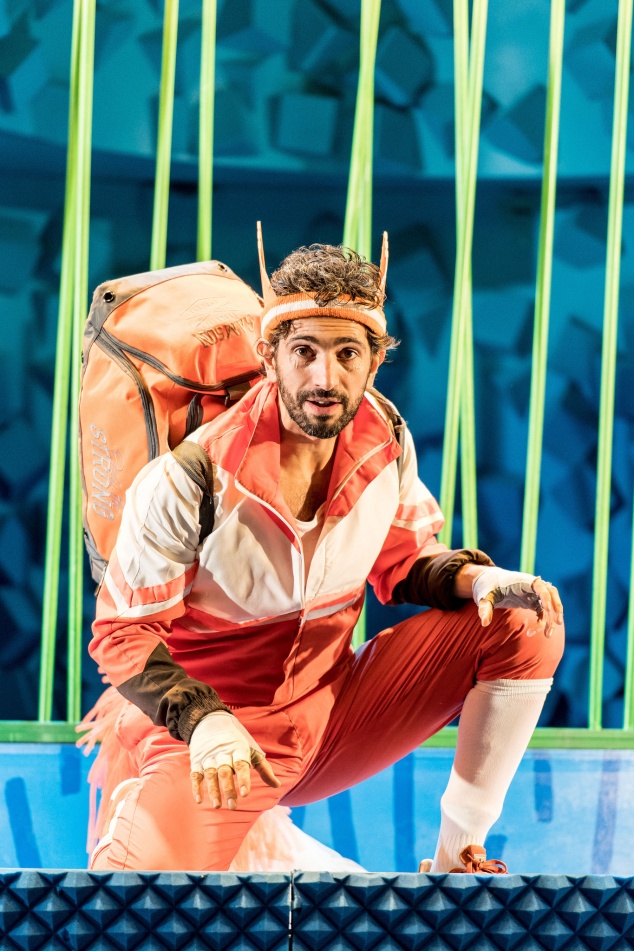 Roald Dahl’s Fantastic Mr Fox, amazingly written 47 years ago, has aged well in this stage adaptation by Sam Holcroft for the Nuffield Sothampton Theatre and Curve Production. Although not originally intended to be performed on stage, and certainly not as a musical, this production bravely combines song, live music and a strong, funny script to re-tell the tale of Mr Fox, his motley crew and his arch enemy farmers, Boggis, Bunce and Bean.

The personification of Fantastic Mr Fox (played convincingly by Greg Barnett) and his fiercely loyal crew of woodland creatures contrasts colourfully with the hapless, selfish and at times dark characters of Boggis, Bunce and Bean, those mean-spirited farmers determined to put a stop to Fox’s antics.

Mr Fox, a literary version of Robin Hood, who steals from the rich to give to his hungry comrades, has no faith in those friends, despite losing his tail (and balance along with it), and refuses to rely on them in his time of peril.

Despite the obvious challenges faced in staging this production, the creative team cleverly rejected the temptation to recreate wildlife scenes, and instead used modern day set and funky materials, giving the staging a contemporary feel. The costumes similarly drew on more modern materials including sportswear, headbands and fluffy leg warmers

The cast worked hard, with Richard Atwill, Raphael Bushay, Gruffurd Glynn and Kelly Jackson all playing 2 roles, and completing some speedy costume changes. Although laced with humour, there were some ‘comedy gold’ moments provided by the excitable Rabbit (played by the very funny Sandy Foster) and Mole, played by Gruffud Glyn.

As well as being a story about good winning over bad, the audience is taken on a journey of discovery as Mr Fox realises that that with true friends around you, anything can be achieved and no problem is insurmountable. With tension building throughout the production, there were lots of laughs for the younger audience, and a few jokes too, to benefit the parents. Overall this is a perfect family show with a strong moral content, which will ensure that everyone is talking about it long after the curtain falls.

On at The Lowry until Sunday tickets available here http://www.thelowry.com/events/fantastic-mr-fox