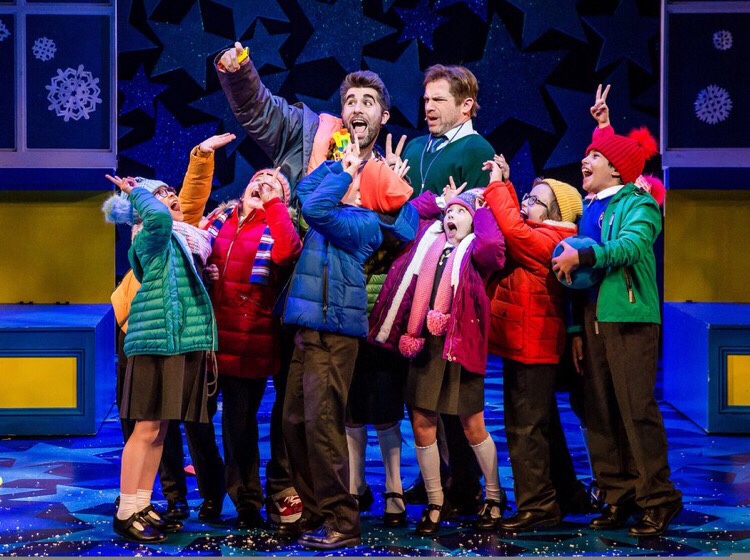 Eight years ago back in 2009 Debbie Isitt’s film Nativity! was released and immediately captured the hearts of the nation; it spawned not one but two sequels and has now been followed by a translation to the stage in Nativity! The Musical. The production follows the same storyline many of us know and love as we head to St Bernadette’s Catholic Primary School for their annual nativity.

We begin by meeting three best friends, Paul Maddens (Daniel Boys) Jennifer Lore (SarahEarnshaw) and Gordon Shakespeare (Andy Brady). Jennifer and Gordon have big plans after drama school while Paul is happy to become Mr Maddens at the local primary. Paul and Jennifer fall in love and live happily together until one Christmas Jennifer receives a call from Hollywood and decides to follow her dreams leaving Paul and their dog Cracker behind. 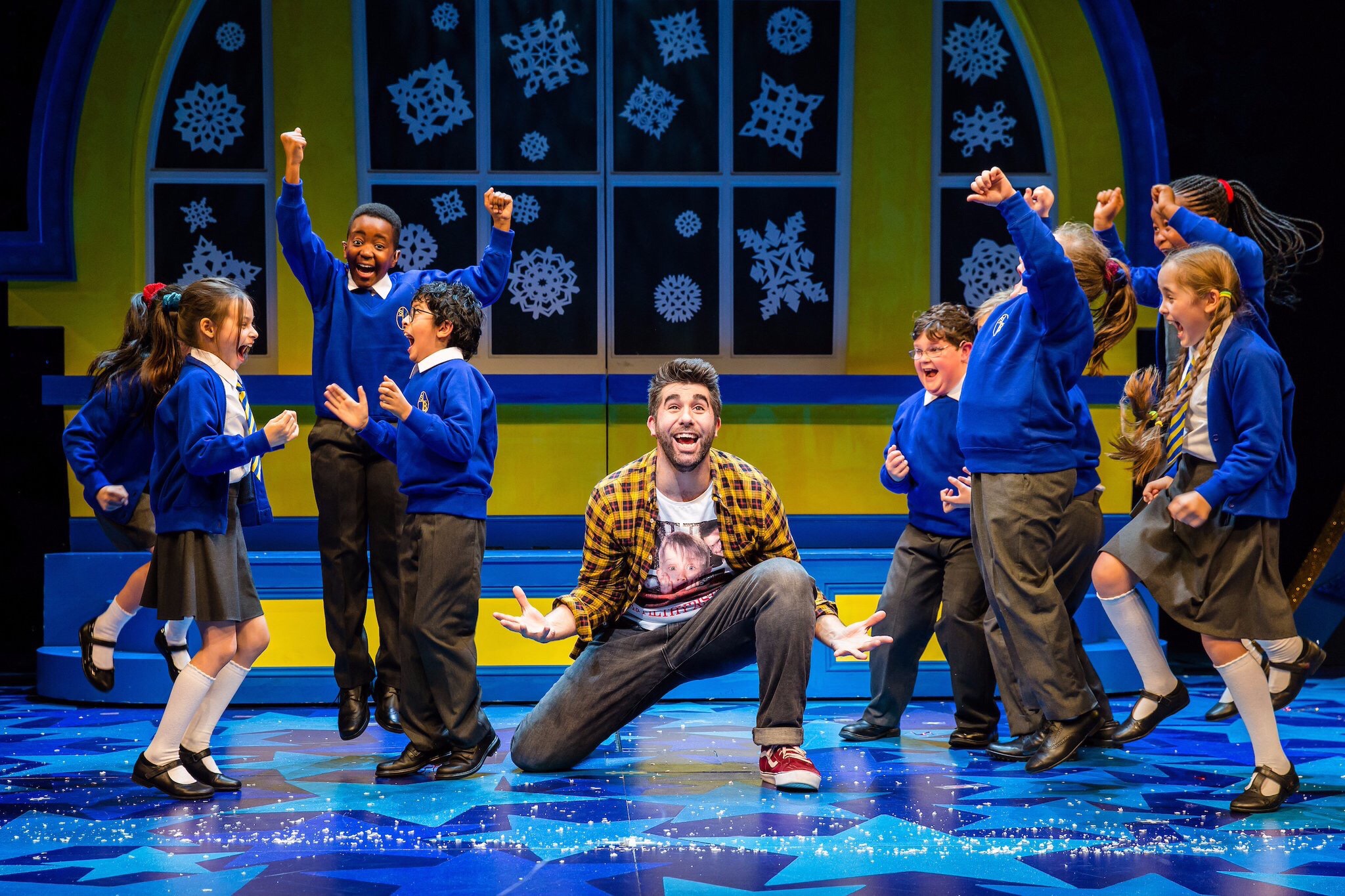 Paul is stuck in a failing school which doesn’t even rank high enough to receive an Ofsted rating while Gordon has progressed to headmaster at the nearby snooty Oakmoor Prep. Oakmoor excels every Christmas with the most extravagant of nativities while St Bernadette’s can’t even muster a one star review, cue head teacher Mrs Bevan (JemmaChurchill) instructing Mr Maddens to lead this year’s nativity with the help of clueless new classroom assistant Mr Poppy (Simon Lipkin). Daniel Boys is exceptional as Mr Maddens, delivering a perfectly judged performance, warm and charismatic yet enormously frustrated with his lot. Boys is endearing and hugely likeable as we see his character soften and develop under the influence of the bonkers but brilliant Mr Poppy. 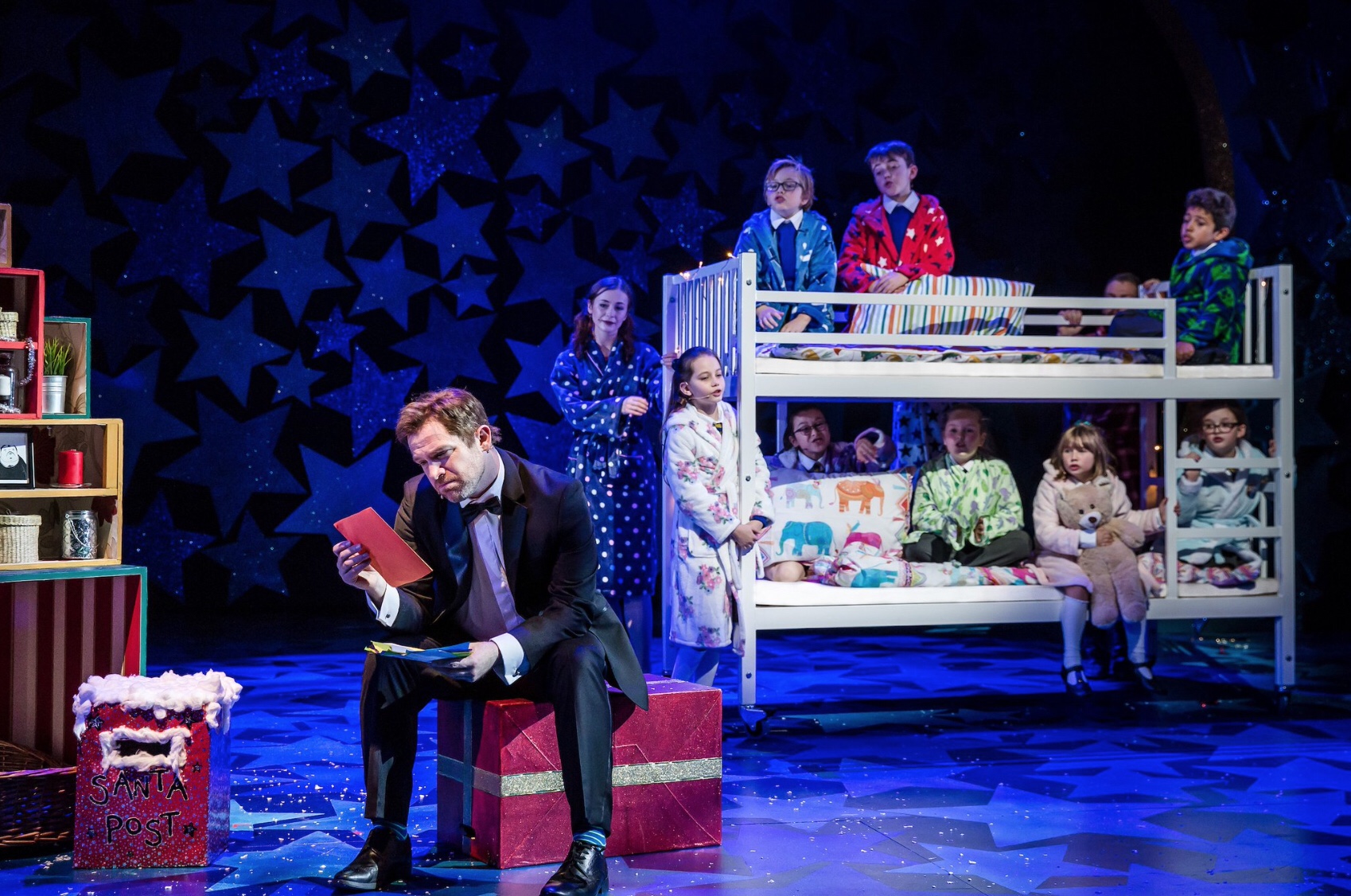 Sidekick to Boys is Simon Lipkin who is perfectly cast as the brilliant Mr Poppy, a big kid with an even bigger heart, his enthusiasm and energy is infectious. He portrays the lovable Mr Poppy superbly; he is incredibly funny, demonstrating a very natural comedic ability that leaves the audience roaring with laughter every time he takes to the stage, an absolute joy.

Watching the relationship between Mrs Madden and Mr Poppy develop is a tremendously entertaining element of the show, their interactions are incredibly funny as Mr Maddens frustrations at Mr Poppy’s OTT enthusiasm for everything takes its toll, however who could stay mad at Mr Poppy for long? Not us! 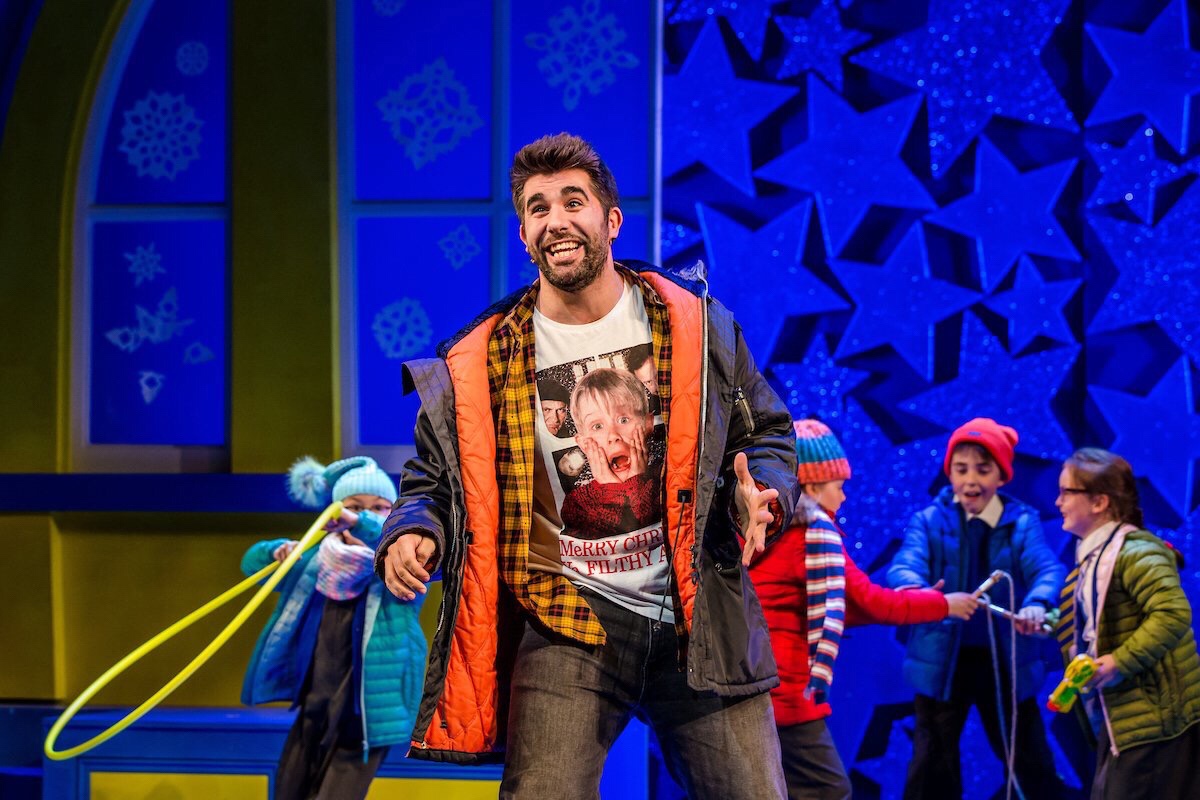 Each character is so wonderfully defined from the camp and catty local theatre critic (Jamie Chapman) to the power obsessed Mr Shakespeare (Andy Brady), this is storytelling to perfection, with every cast member an absolute delight to watch. David Woodhead’s set as you would hope is a sparkling spectacular sight, versatile and inventive, beautifully lit by Tim Mitchell.

Of course no nativity would be complete without children and plenty of them and boy do they sparkle and shine! From hilarious auditions for a part in the nativity right through to the finale when they deliver the final and fabulously finished production. The honesty and pure innocence of their performances is an absolute thrill, they are sweet, silly, hilarious and enormously endearing with bucket loads of charm thrown in for extra cute factor. 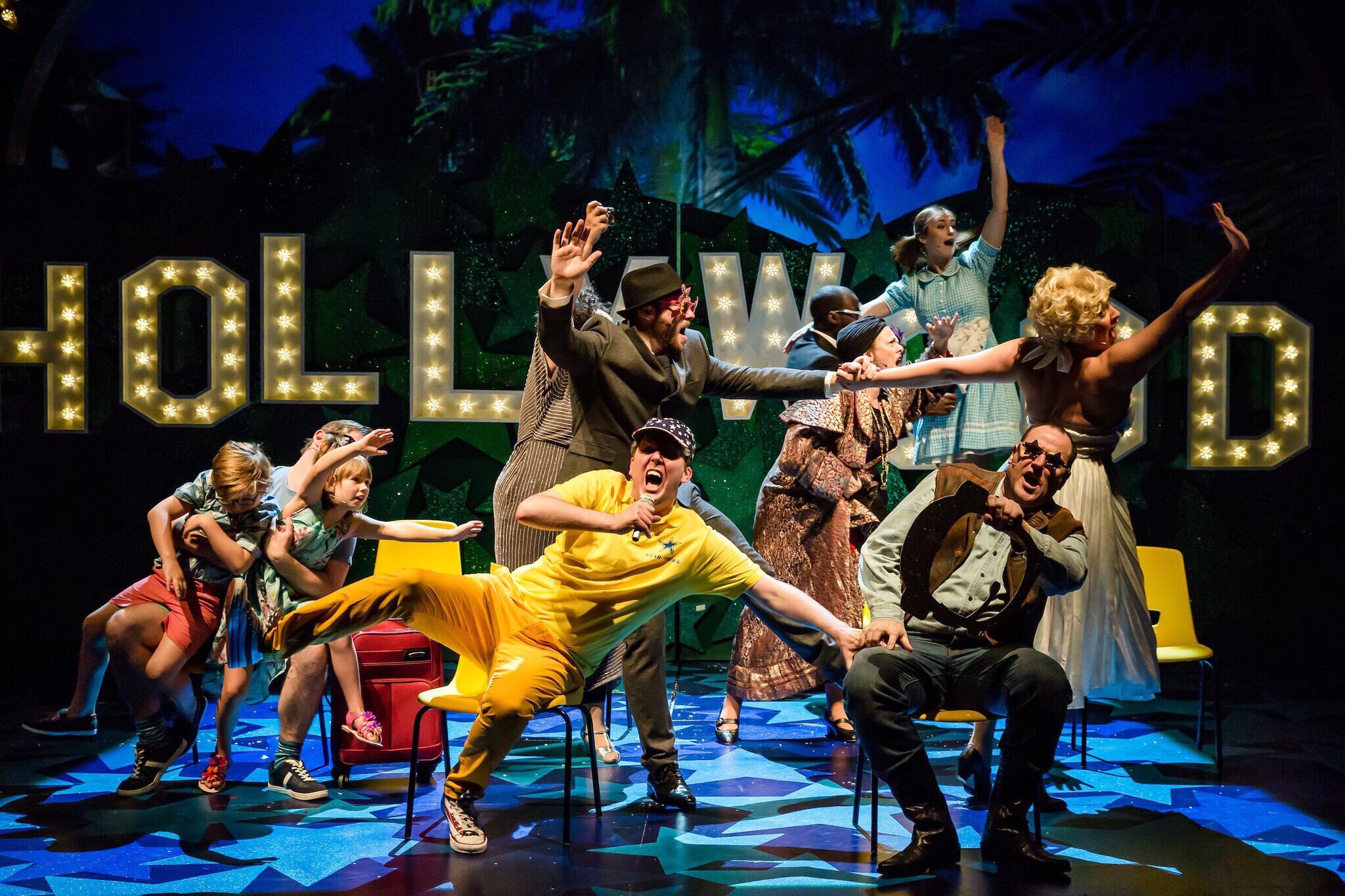 Nativity strikes the perfect balance between being a real show stopping spectacle and delivering genuinely real, relatable and honest theatre. It’s uplifting, hilariously funny and enormously entertaining. Your heart will be warmed and your funny bone well and truly tickled by this sparkly, joyful, festive treat. The standing ovations will no doubt be repeated night after night as this real gem of a production warms hearts with every performance, my only criticism would be that we only get to have it in Manchester for one week, please Nativity! The Musical, come back soon!