Set against the backdrop of 18th Century Venice and Paris, we meet passionate, adventure seeker, Casanova, a man consumed by his desire to experience life at its fullest and most satisfying without question.

Hugely respected for their narrative based work, critically acclaimed Northern Ballet breathe life and skilful artistry into this new production created by award-winning choreographer Kenneth Tindall. Together with Ian Kelly, Tindall devised the original scenario for this fresh and enthralling piece from sections of Casanova’s memoirs, revealing more of the man than just the legendary lover we are all so familiar with. We meet Casanova on a more human level and see how his priest training is thwarted due to the constant distractions of both his mind as well as his body.

Tindall’s stunning and innovative choreography captivates from start to finish, sensual and thrilling the powerful scenes featuring the corps de ballet move from contemporary to classical with ease, the two marry beautifully together. Tindall’s choreography is electrifying, the traditional pas de deux are there and are entirely fizzing with emotion and sensuality, as Casanova (Giuliano Contadini) is seduced by M.M (aristocratic nun and mistress to Cardinal de Bernis) in a staged seduction the passion between them is intense, they move as one and thrill with their skill and precision. In contrast to this as Casanova dances with his true love Henriette (Hannah Bateman) we see a new tenderness and real depth of heartfelt desire, stark contrast to the frenzied passion we have witnessed before. Giuliano Contadini is sublime as Casanova, dashingly handsome and physically perfect with just the right amount of cheeky swagger. 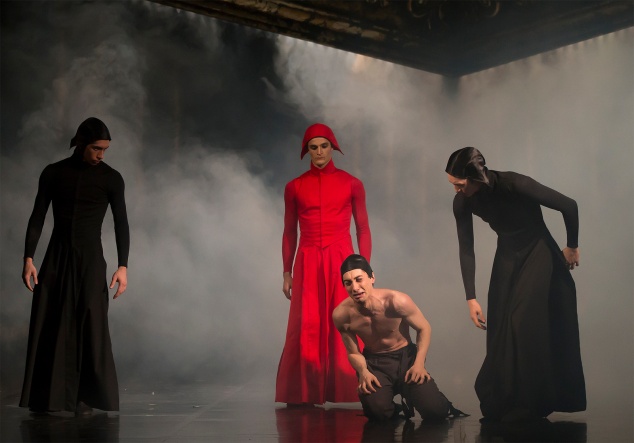 The striking set and costumes designed by Christopher Oram are partnered perfectly by Alastair West’s stunning lighting design, atmospheric and dramatic it is truly spectacular, we see shafts of light streaming through church windows breathing fresh hope of liberty, more than the strict life of the church to a young and curious Casanova. The original score by modern classical, film and television composer Kerry Muzzey, is delivered superbly Northern Ballet Sinfonia.

Special mention must go to the brilliance of the staging during the prison of the Inquisition scene; a corner of a giant gilt frame is lowered towards Father Balbi (Jeremy Curnier) as he is tortured by the Inquisition in order to force a confession naming Casanova, enormously powerful and visually absolutely magnificent. 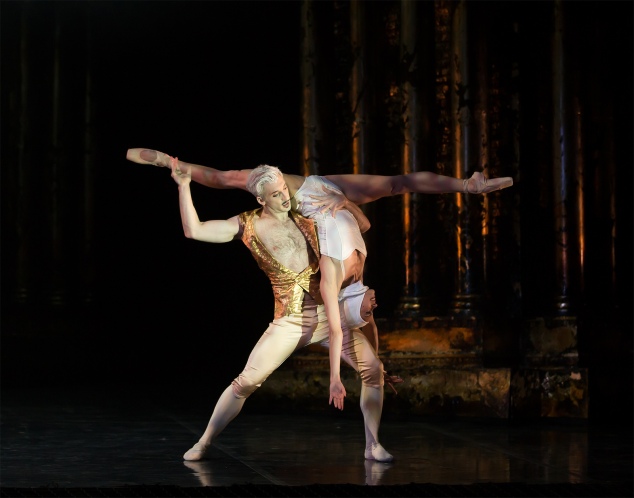 Northern Ballet once again prove just how exciting and dynamic as a company they truly are. Casanova is utterly mesmerising, the piece literally smoulders as bodies slip and slide together flawlessly. Tindall has created a perfect work, creating a ballet that pushes the boundaries and delivers dance in a wholly stunning and accessible form. As the piece draws to a close and Casanova’s life flashes before him we are able to reflect on this truly remarkable production, an absolute must see.

On at the Lowry until Saturday, tickets available here http://www.thelowry.com/events/casanova

Internationally and critically acclaimed company Northern Ballet brings the World Première tour of Casanova to the Lowry’s Lyric theatre next week, inviting audiences to unmask and be seduced by history’s greatest lover, the passionate, scandalous and oh so seductive Giacomo Casanova.

Consumed by his desires, which ultimately lead to him living a life of scandalous and hedonistic excess resulting in his imprisonment and exile, Casanova is a deliciously sensual piece which will thrill and enthral audiences in equal measure. Well known for their bold and dynamic works Northern Ballet have once again put their innovative and unique stamp on a classic story breathing life and spectacular artistry into this new piece. We are delighted to bring images from the rehearsal rooms to you today which truly illustrate the visual delight which awaits Lowry theatre goers next week. 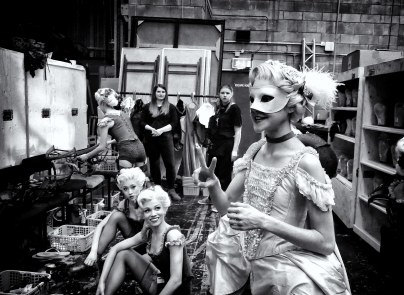 Choreographed by award-winning Kenneth Tindall, most recently nominated for Best Classical Choreography and the Emerging Artist Award at the 2015 National Dance Awards, the production will be set to an original score by modern classical, film and television composer Kerry Muzzey, played live by the superb Northern Ballet Sinfonia, whisking theatre goes to 18th century Venice, where this thrilling piece will awaken our senses and delight in its magnificence.

This sumptuous spectacle which will be performed at the Lowry from 3rd – 6th May, is the first of an unprecedented three full-length World Premières to be held by Northern Ballet in 2017 which also include the much anticipated World Premières of The Boy in the Striped Pyjamas and The Little Mermaid, further evidence of Northern Ballet’s dedication to pushing the boundaries when it comes to delivering dance in its most stunning of forms. 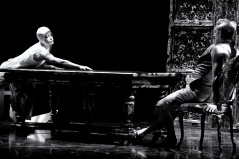 Buy your tickets now for what will be undoubtedly one of the most visually spectacular events of the year. Tickets are available via the following link; https://www.thelowry.com/events/casanova