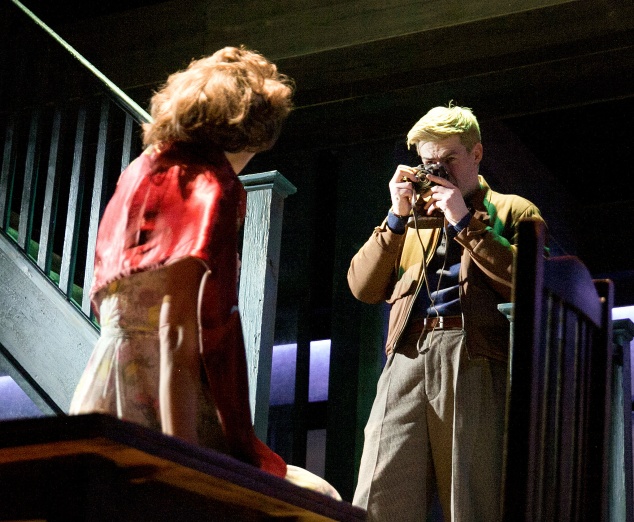 Agatha Christie is one of the most prolific writers of not just her own, but any generation, turning out over 60 books. She was also a successful playwright, having penned the theatrical titan that is The Mousetrap.  However, her flirtation with the stage didn’t stop there, as here we have Love from a Stranger, a Christie short story called Philomel Cottage which was adapted for the stage by writer/actor Frank Vosper in 1936. This isn’t just another ‘run of the mill’ Christie ‘whodunit’, but a multi-layered tale of control, manipulation with a thoroughly believable monster at the centre of it.

Having come into a substantial amount of money, Cecily (Helen Bradbury), seemingly has the perfect life: wealth, a good job, and engaged to her partner Michael (Justin Avoth). However, it is adventure that Cecily seeks, and a chance encounter with a handsome photographer, Bruce Lovell (Sam Frenchum) opens all sorts of possibilities for Cecily. The charismatic young American persuades Cecily to leave her old life behind and start afresh with him. 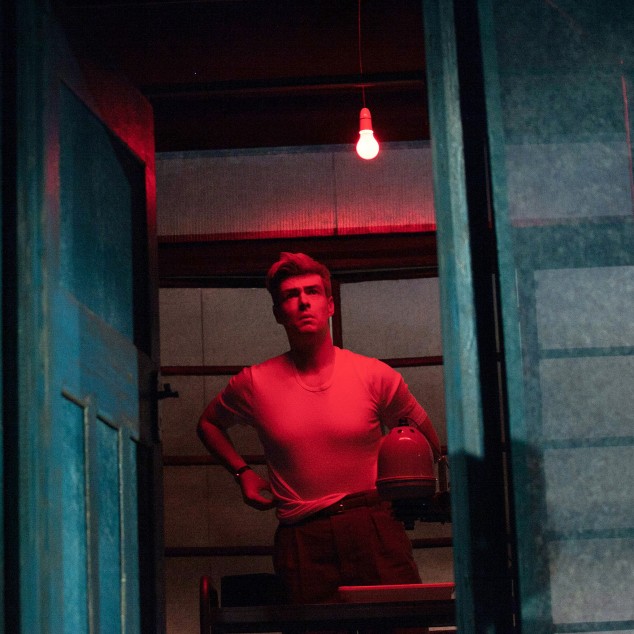 The couple move to a remote cottage in the country where at first everything seems perfect, however cracks begin to appear in the relationship, and all is not what it seems with Lovell, as he begins to control and manipulate his now wife much to the distress and concern of Cecily’s family and friends.

Director Lucy Bailey has done a fantastic job crafting a tense, captivating psychological thriller. The production’s main strength is its ability to shock. At first it seems to be run-of-the-mill, easy going fodder, perfect for a lazy Sunday night in front of the telly. There are even a few laughs in there, courtesy of Aunt Louise (Nicola Sanderson) and then later housemaid, Ethel (Molly Logan), however this is all a ruse, designed to sucker you in and leave you fully unprepared for the events that transpire in the nerve shattering finale. 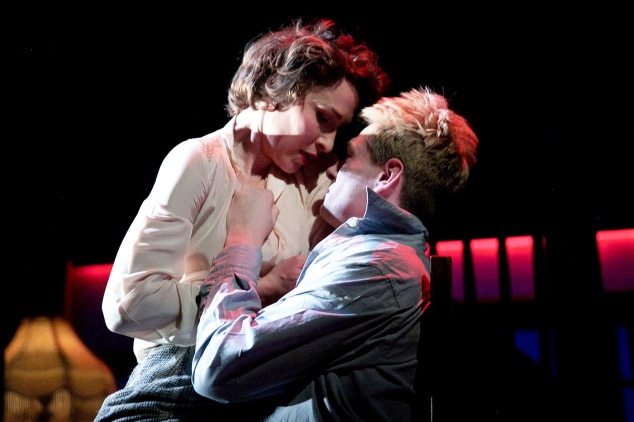 It’s not just the script that helps ratchet up the tension, Mike Britton’s unique and intricate set design, of sliding panels and see through walls add to the claustrophobia, whilst bringing an element of voyeurism to proceedings. In addition, Oliver Fenwick’s film noir lighting design comes into its own as the story unfolds adding menace and an almost seedy quality to proceedings.

The cast are on fine form: the two leads have a believable chemistry with each other: Bradbury is feisty yet naive as Cecily, whilst Frenchum is charming and menacing as the unhinged Lovell. They are supported by a superb group of actors: with special mention going to a near show stealing turn from Nicola Sanderson as Aunt Louise, who certainly brings a great deal of humour to a character that could be irritating: however, some of her lines and her stage presence had the audience in stitches. 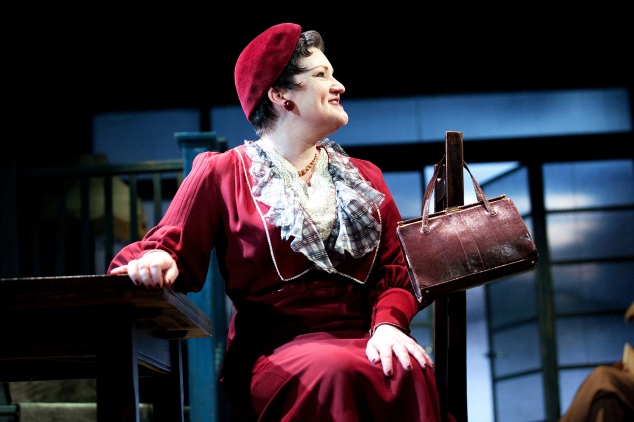 One thing which did affect this fabulous production, and which is in no way the fault of the cast or crew was various audience members leaving their mobile phones switched on throughout the performance, one noisy intervention coming at a particular tense moment in the play: it really is frustrating the amount of times this seems to happen. Switch your phones off! Embrace being at the theatre and be in the moment!

Mobile phones aside, this is a riveting, entertaining and engrossing production, that like its lead character, starts off as one thing and in the end is a different beast all together: certainly, worth a watch.

Love from a Stranger is at the Lowry until the 14th July tickets available here.