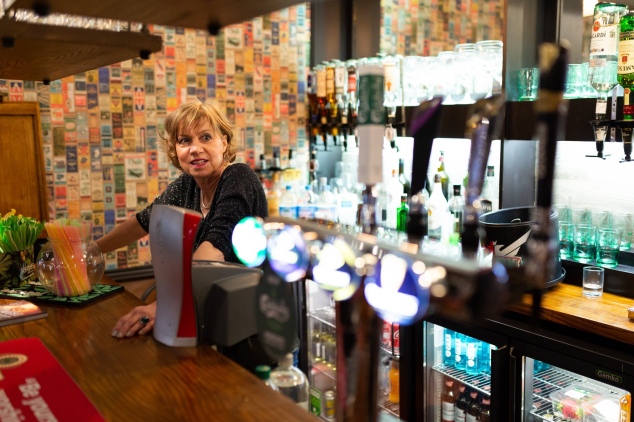 If it were your last night on earth, how would you spend it? Surely, with friends, family, neighbours maybe even complete strangers? How about with all of these whilst participating in a pub quiz? A pub quiz probably wouldn’t be your first thought when faced with your imminent doom, but The Last Quiz Night on Earth may just change your mind!

With an asteroid hurtling towards the earth, and all hope gone, landlady Kathy (Meriel Schofield), and quizmaster, Rav (Shaban Dar) decide the best way to go out is by throwing a quiz and we’re all invited. However, with the pending apocalypse, it’s inevitable that the night won’t run smoothly and the arrival of Kathy’s estranged brother, Bobby (Chris Jack), as well as of Rav’s ex-childhood sweetheart, Fran (Amy Drake) throw a spanner in the works. Will the sibling rivalry and matters of the heart get in the way of the sports round? Will we crown a quiz champion before our untimely demise and just which team will have the best name?

Writer Alison Carr and director Hannah Tyrrell-Pinder have created a fun, innovative slice of a theatre, packed full of comedic set pieces, great one liner and a pinch of high drama. In its rather unique setting the play tackles issues such as redemption, forgiveness, and tolerance. However, there is an extra dimension  to the performance, as it’s fully interactive, the quiz is real, so you’ll need a quiz team, think of a witty team name (my personal favourite this evening was Salford Analytica) and you may even be called on for a bit of audience participation, you could end up playing Paul, Kathy’s no good ex!

The cast are on fine form, Schofield is the show’s heart and soul, holding the production together, Dar injects some razzmatazz and sparkle as our quiz master general, with Drake showing  a gift for comedy and Jack adding a touch of intrigue and pathos as Bobby. All four have great chemistry and with one another, and because of the interactive nature, adlib and bounce off the audience and get them involved whilst staying tight to the script. 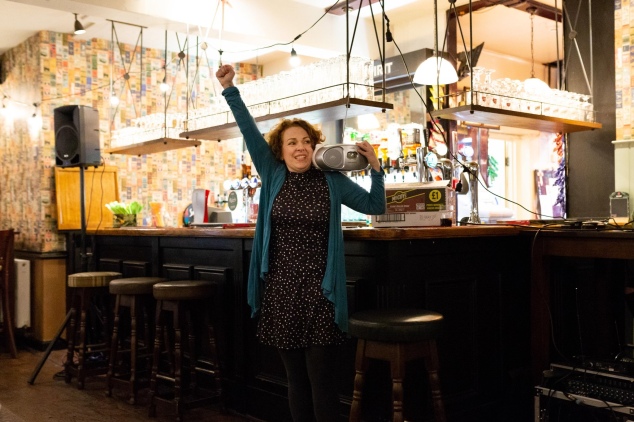 Some of the more interactive elements can prove a bit tricky, as it’s staged in a real pub, depending on where you sit it, you can miss some of what’s going on. With this being a quiz, the competitive aspect can grip some audience members and cause a distraction from the action, it does give the show an air of authenticity but can frustrate in places.

Sound designer Chris James adds depth to proceedings with an apocalyptic sound scape, that includes a War of the World inspired radio broadcast. In addition, there is a tongue-and cheek soundtrack featuring the likes of REM, Europe, and Lisa Stansfield that will raise a smile throughout. 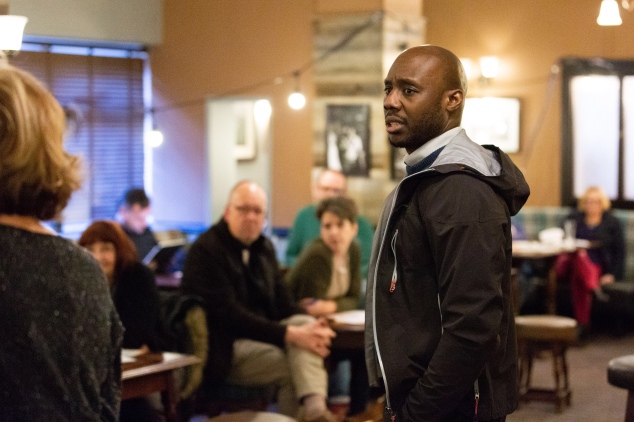 The show resembles an episode of a sitcom, more than it does a piece of theatre, which is meant as compliment, The Last Quiz Night On Earth is a fun, entertaining night out, which makes you wish you had more time with Kathy and the gang, but sadly the giant rock hurtling towards you the Earth has other plans. So, enjoy their company whilst you can! Ps Sue Pollard, if you go, you’ll know.

The Last Quiz Night on Earth is on at The Welcome Inn before touring until 11th April. Tickets available here. 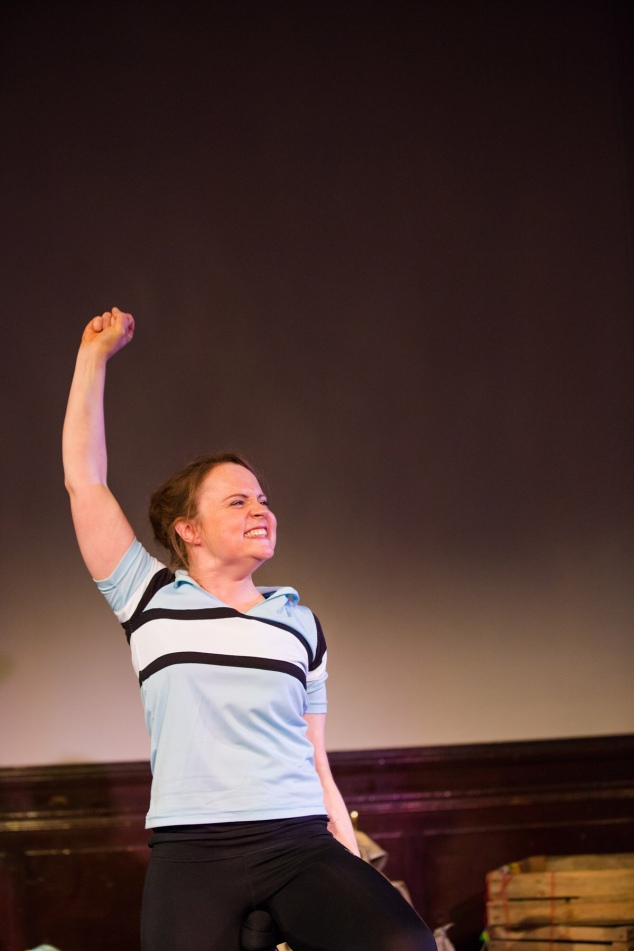 The sport of cycling is currently in the midst of a golden age here in the UK.  Through their exploits at the Olympics and the Tour du France, cyclists such as Sir Chris Hoy, Sir Bradley Wiggins, Chris Froome and Laura Kenny (was Trott) have become household names and an  inspiration to thousands of people across the land. However, way before any of these came along, Britain had Beryl Burton and Beryl was every bit a hero as these fine riders.

Beryl is the fascinating true story of a strong independent Yorkshire lass, who  refused to be beaten and did things her way. She won countless championships, set records, broke records, and managed to stay at the top of her game for 25 years. 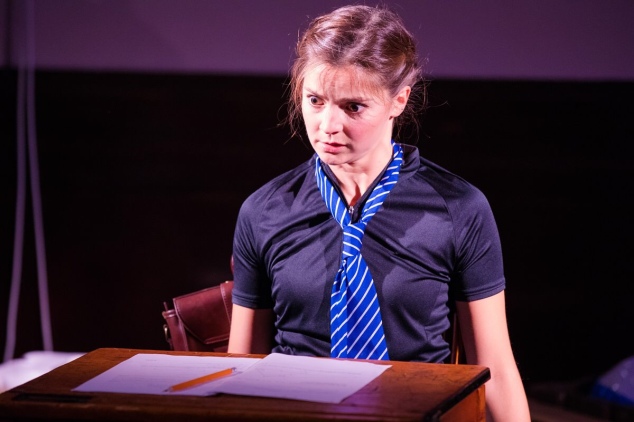 Flora Spencer-Longhurst and Vicky Binns bring Beryl to life, with Longhurst as the child Beryl who contracts St Vitus’s Dance aged 10. The illness caused a weakening of the heart and a loss of control of the limbs. The infection saw the young girl confined to hospital for nine months, as well as having a huge impact on her confidence.

When she leaves school, Beryl meets Charlie Burton (Chris Jack), a local lad with an interest in cycling. Charlie’s passion becomes Beryl’s obsession and soon she is competing in races, first at county level,  then nationally, and inevitablycompeting at the cycling world championships, all this whilst holding down a full time job and raising a family. 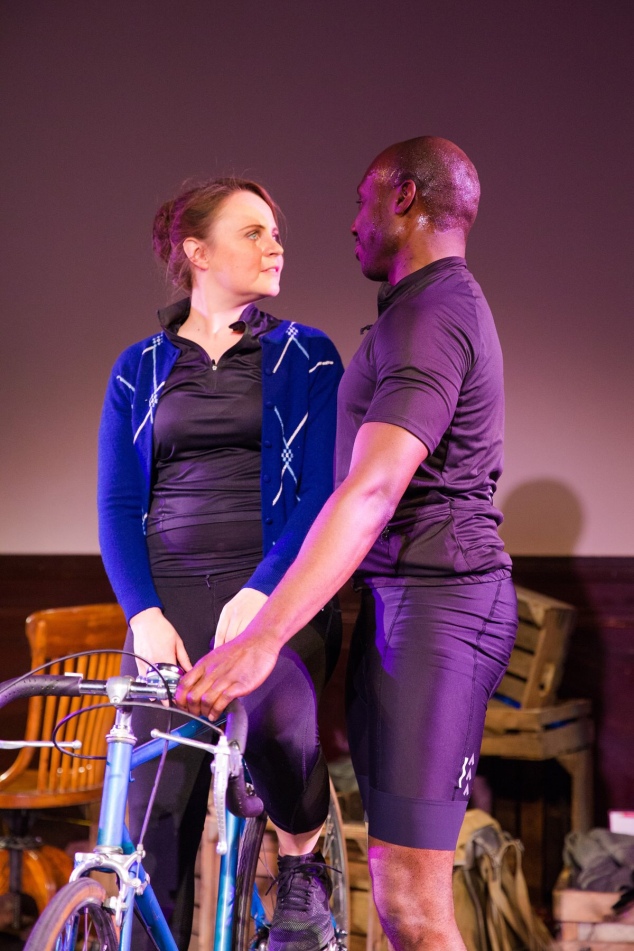 At first glance this is the classic underdog story we are so familiar with, but dig a little deeper and you couldn’t be further from the truth. This woman was always going to be a success through hard work, guts, determination and sheer bloody mindedness: success was never in doubt.  Maxine Peake’s script is a love letter to this unique, amazing lady filled with warmth, humour and plenty of charm. It ditches the usual sporting clichés in favour of celebrating its subject and having fun.

Under the excellent direction of Kimberley Sykes, the cast of four are in fine form, injecting plenty of spirit into the production and all showing a gift for comedy. Vicky Binns puts in a strong, feisty turn as the adult Beryl – she really gets to the heart of what spurs her on. 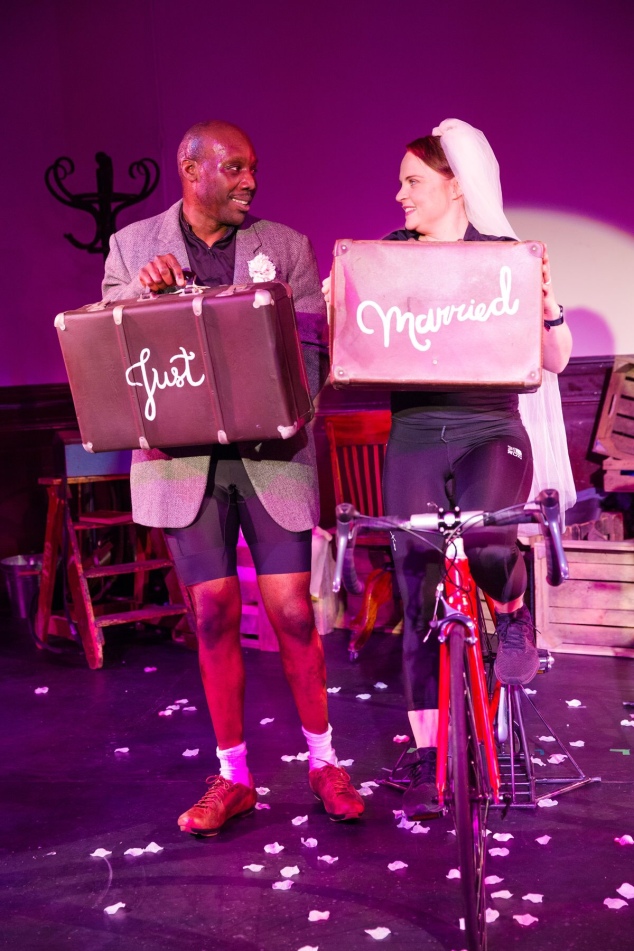 Chris Jack is equally fine as Charlie, turning in a warm, heartfelt performance as the devoted Charlie. Flora Spencer-Longhurst is clearly having fun as the young Beryl and later Beryl’s daughter Denise: her facial expressions alone are worth the price of admission. Finally, Matthew Heywood plays pretty much every other character in the play including an overzealous German fan and a rather dour Yorkshire copper. Heywood like his fellow cast members puts a great comedic performance.

All four should be commended for their work as this is a physically demanding show, with lots (and I do mean lots) of cycling, think a spin class with a plot and you’re on the right track! As each cast member dart about the theatre and hop on the strategic placed bikes around the theatre you become immersed in their world. 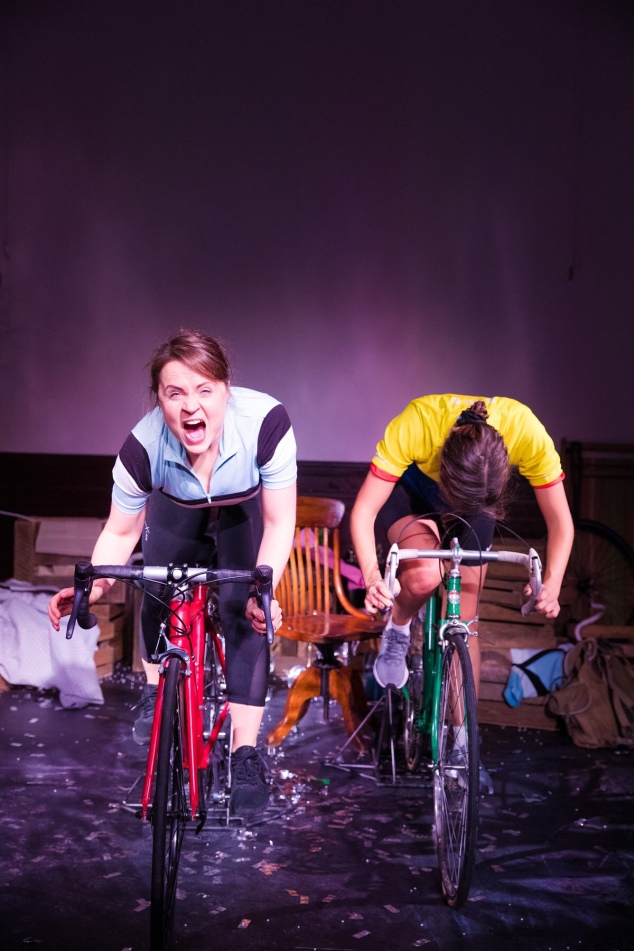 There is very much a ‘punk’ vibe to the production, cast members often break the fourth wall, coming out of character to address the audience and each other. The use of contemporary pop songs despite not being of that era, and the cast’s DIY approach to special effects creating their own inclement weather using a leather blower and some water pistols give the production a carefree, easy going charm.

This is an inspirational story delivered in a funny, touching but never sentimental fashion. Old and young alike will find something to admire about the show which will certainly leave you wanting to find out more about Beryl and her extraordinary achievements, whilst it may inspire you to dig out your Raleigh Chopper from the shed. Beryl’s story is ripe for a silver screen adaptation so catch it Bolton whilst you can.

Beryl is at the Bolton Library and Museum till the 19thOctober. Tickets available here.