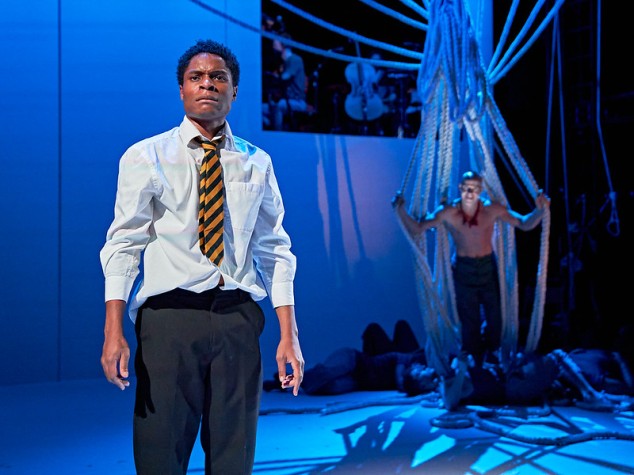 It’s not very often I’ll go into review a show cold: I’ll usually have some idea of plot, cast, etc before going into the the theatre. In the case of A Monster Calls I knew it was based on a book, and there was something in the back of mind telling me that there had been a film adaptation too. In terms of plot I knew very little, had I known I could have prepared for the tsunami of emotions that hit me.

This is the story of Conor (Ammar Duffus), a lonely 13-year-old boy with the weight of the world on his shoulders: harassment from the school’s bully, a father living on the other side of the world, his mother (Maria Omakinwa) is seriously ill. Understandably, it’s his mum’s illness that is of most concern to Conor, confused by what he is seeing and his mother’s reassurance that “everything with be fine” he has no outlet for emotions. 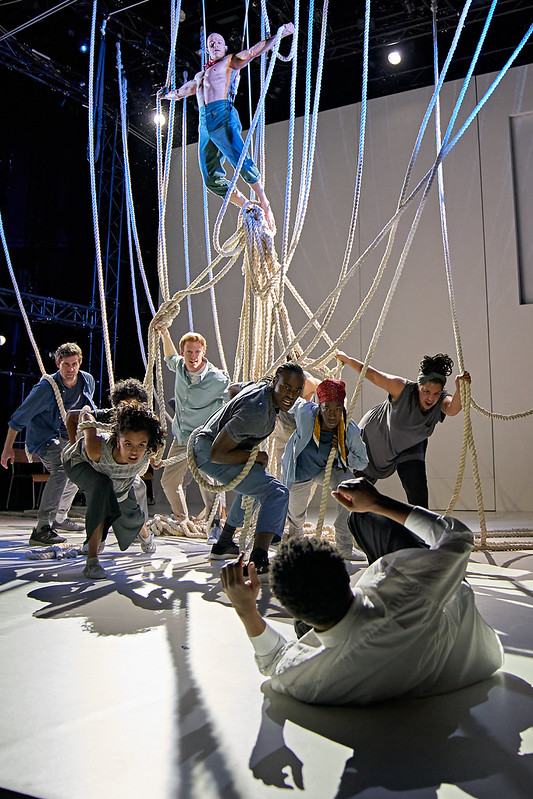 Conor’s life soon becomes even more complicated when he receives a visit from a monstrous creature. Located in his garden is a giant yew tree, which comes to life at the same time each evening. The yew tree has been on the earth for hundreds of years and informs the boy that he will tell him three tales and in exchange Conor will tell him one in return.

Each night the tree returns with a brutal fable, involving, kings, queens and apothecaries, all with a dark heart to them, there is no happy ever after with these stories. But, what do they mean and how do they help Conor?

Sally Cookson has created a powerful, visceral and devastating adaptation of Patrick Ness’ international bestseller.  This is a fairy-tale that deals with grief, anger and the importance of expressing our emotions, this is an unflinching, unsentimental view of the world through the eyes of teenager, complete with all his frustrations and heartache. 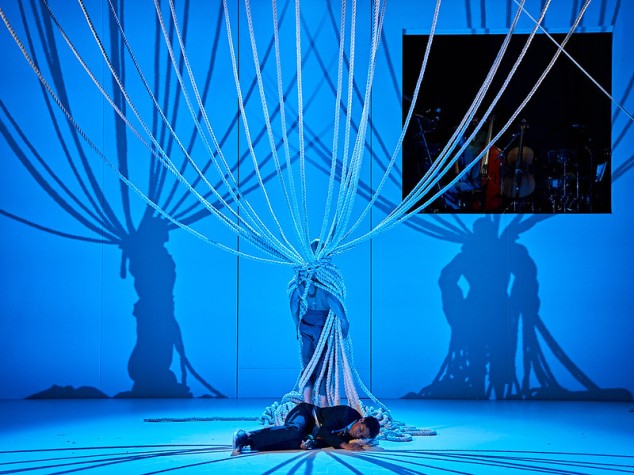 The production looks and sounds amazing. The haunting score by Benji Bower, is both beautiful and haunting, played masterfully by musicians Seamas Carey and Luke Potter. There use of electronica and voice distortion gives the production a fantasy, other worldly quality.  The staging is simple but affective, just a white floor, with a white back drop where, looking not to dissimilar to a padded cell, adding an element of claustrophobia, despite the vast openness of the stage. Visuals are projected on the wall throughout, and the ensemble cast when not playing their part will double up as visible stagehands handing out props as and when required.

However it’s the recreation of the woodland behemoth that is most impressive: using a series of  giant ropes which cascade onto the stage throughout, the ensemble cast gather them together to form the tree, this coupled with Keith Gilmore’s physical and menacing delivery as the monster, make for an impressive visual spectacle creating a truly intimidating protagonist. 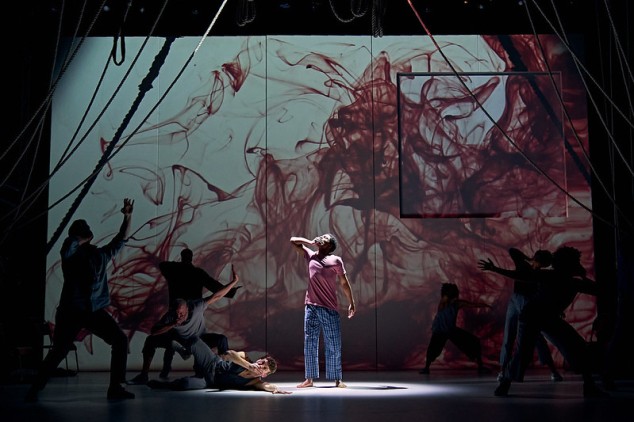 The production isn’t without it’s flaws, despite a solid showing from the cast, with strong physical and emotional performances throughout they are occasionally let down by some stilted dialogue which is a little distracting, however this is a minor quibble for what is an innovative, powerful piece of theatre.

Having quite recently lost my father, nothing could have prepared me for the emotional sucker punch the production provided during its final moments and judging by the amount of people clearing the sand from their eyes (least that’s what I think it was) at the end of the performance nor was anyone else. Powerful, intelligent and emotional, when this monster calls you had best answer as you won’t be disappointed.

A Monster Calls is on at at the Lowry until Saturday 29th February, tickets are available here.