The last time I was in Benidorm I was chatted up by a septuagenarian and managed to throw up all over myself: not the best holiday experience I’ve ever had, that was some 17 years ago, and I vowed never return. Last night I broke that promise to myself (of sorts) and I’m rather glad I did because Benidorm Live arrived in Manchester for a week-long run and it’s a fantastic, fun night out.

The show carries on where the TV series left off with The Solana Hotel facing a takeover: which could see many of the employees facing the sack. The arrival of stuck-up couple Sophie (Tricia Adele-Turner) and Ben (Bradley Clarkson) leads Hotel Manager Joyce to believe that they are undercover spies sent by the potential new owners. She orders the staff to give them the five-star treatment which of course doesn’t go quite as planned.

The live show is like an extension of the TV series with a bit more razzmatazz: packed with innuendo, stinging one-liners, and a fair few lewd jokes, swinger Jacqueline getting all the best lines: Janine Dutvitski is clearly having a ball and pretty much steals every scene she’s involved in.

There are a few song and dance numbers which look like they’ve come straight out of a jukebox musical, that is of course if said musical had been hammering the Blue WKD’s! 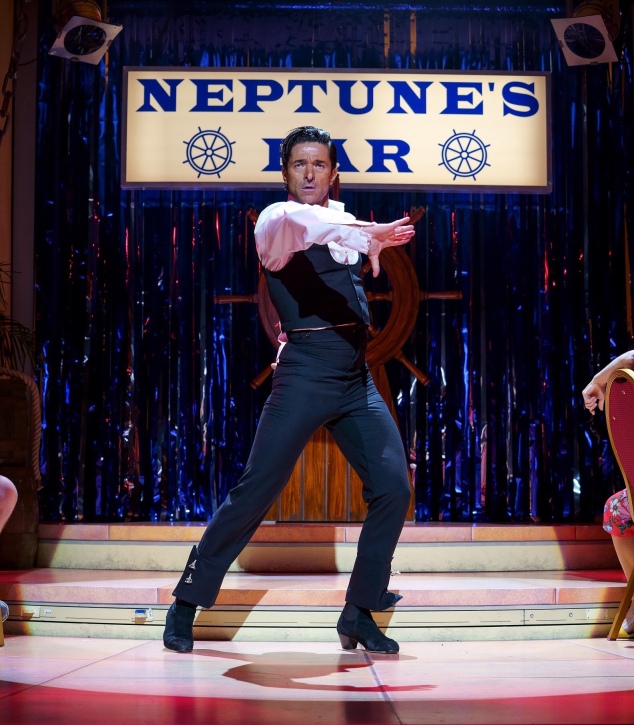 Series regular Asa Elliot demonstrates what a gifted singer he is throughout; whilst Jake Canuso get to show off his dancing skills and what a snaked -hipped performer he is: his entrance to the show is quite the snake-hipped spectacle indeed.

Following the interval, the show moves to the Neptune Bar, (which features heavily in the TV series) for a cabaret evening, providing a great opportunity for all the feature characters to get their moment in the spotlight: the highlights being a sensational singing performance from Shelley Longworth and a performance of comedy gold from Adam Gillen.

All plot strands are tied up neatly here with the entire cast uniting for a fantastic version of Y Viva Espana which is the perfect climax to the evening: camp, brash, loud and lewd just like a trip to Benidorm really. This an entertaining, fun evening out and the perfect way to fend of the winter blues!

Benidorm Live is at the Place Theatre until 1st December. Tickets available here.