Many parents with babies and toddlers will know of – and probably be exceedingly grateful to! – the nursery rhyme world of Little Baby Bum.

For the uninitiated, Little Baby Bum – or LBB as it’s known – is one of the world’s most popular educational YouTube channels.

From The Wheels on the Bus (2.1 billion views online and counting!) to Twinkle Twinkle Little Star, many a parent (this reviewer included!) can probably credit LBB for helping their little ones learn the words to the classics.

And now LBB has followed other major family brands like Teletubbies and Peppa Pig in taking to the stage – with the first tour of Little Baby Bum Live hitting the Lowry this weekend, in the large Lyric theatre no less!

I’ve often thought there was a gap in the market for a live show dedicated to nursery rhymes, so was curious to see if the LBB magic could translate to the stage.

My little reviewer (3 and a half) started bopping his head as soon as he entered the auditorium, thanks to the jolly pre-show music, which was a good sign. 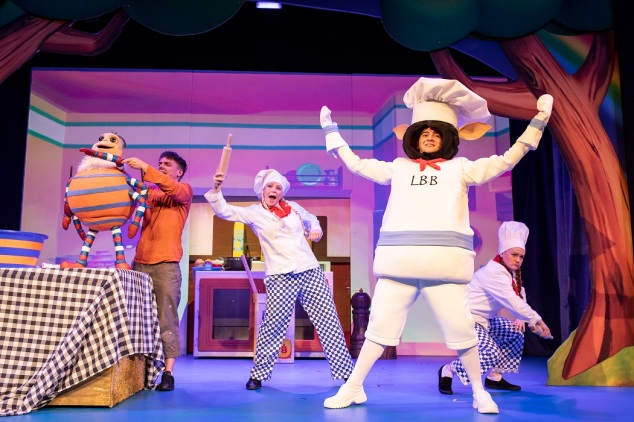 Using an effective mix of colourful projections, props and puppets, LBB favourites are performed within the framework of preparing for a parade at the end of the show.

The cast are all excellent, switching roles, costumes and puppets with ease – and are in fine voice, so those all-important nursery rhymes are done justice.

Most of our favourites were included, and we particularly loved the section of non-stop songs towards the end that included faves like Ring a Roses, Grand Old Duke of York and many more.

This finale was so fantastic that on reflection I wonder if there could have been a little less talking about the parade in the first half the show, and a little more singing! But maybe I’m just being greedy! 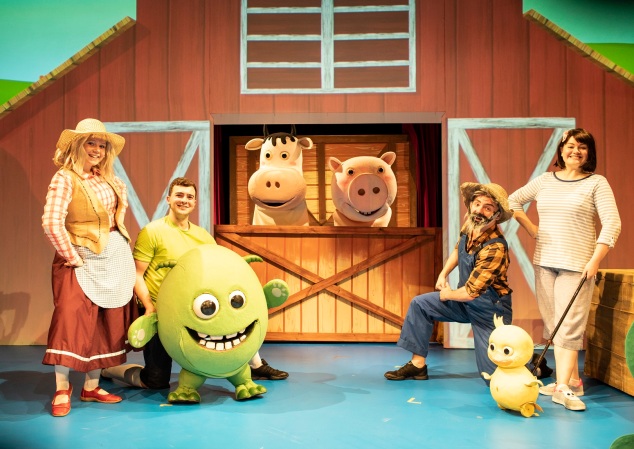 The only real negative aspect to the LBB Live experience was the impact on the show the persistent flash photography had on things – sadly many parents ignoring the explicit request at the start of the show by cast members, while photos and videos were encouraged, flashes should be turned off. Perhaps a no photography at all rule should be considered as all the screens and flashes was very distracting.

But this gripe aside, Little Baby Bum Live Was an extremely enjoyable show for pre-schoolers, especially if they are familiar of the LBB world. It effectively captures the charm and magic of singing these songs – and I’m happy to report singing and dancing along was encouraged throughout!

More information and further tour dates can be found here.