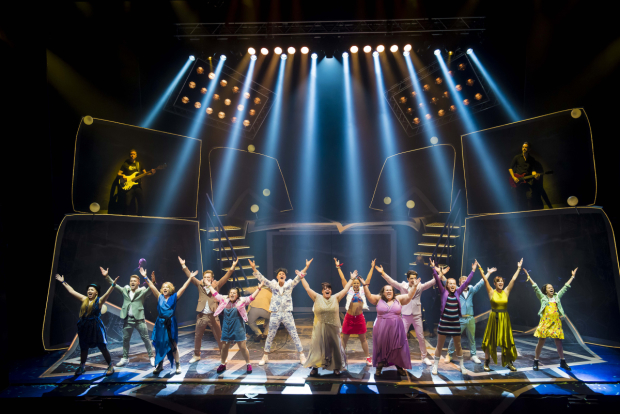 Due to overwhelming public demand, Tim Firth’s smash-hit new musical, The Band, featuring the music of Take That, will return to the North West with a stop at The Lowry from Wednesday 16th until Saturday 26th January 2018.

The show which we gave a well-deserved five stars. is produced by David Pugh & Dafydd Rogers and Gary Barlow, Howard Donald, Mark Owen, Robbie Williams takes audiences us back to 1992 when for five 16 year old friends The Band is their absolute everything, they live, breathe, eat & sleep the music. Fast forward 25 years and life is somewhat different for our ladies as they attempt one last time to meet their teenage crushes. The winning of concert tickets to Prague soon becomes a journey of self-discover as they not only attempt to reconnect with each other but remember and realise the hopes and dreams of their 16 year old selves.

With superb direction from Kim Gavin and Jack Ryder, The Band has quickly become the fastest selling touring musical of all time as the show continues to delight audiences across the country.

Ticket information can be found here.