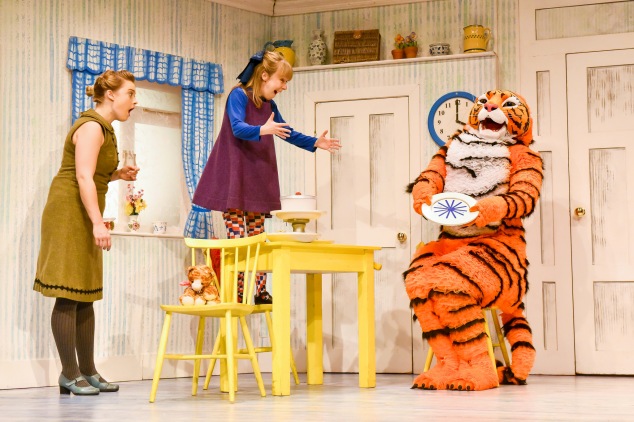 Judith Kerr’s children’s book The Tiger Who Came to Tea has been delighting youngsters since it was first published in 1968 and now the story has been brought to life on stage. Following a successful West End season the Olivier Award nominated production is on a UK tour providing a summer holiday treat for families up and down the country.

The three strong cast, who look like they have just popped out of the storybook itself, ignite the excitement of the mini theatre goers from the start by walking down the aisles past them waving and saying ‘hello’ before taking their places on stage. Children in the audience from age 3 upwards were totally mesmerised by Mummy (Ashley Tucker), Daddy (Harry Howle) and their little girl Sophie (Abby Norman) as they re-enacted the tale of The Tiger Who Came to Tea complete with a number of jolly sing-along songs.

Adapted and directed by David Wood this production doesn’t disappoint the small fans of the book, who have either read it with parents or at school, and at 55 minutes long (without interval) it’s just enough time to keep them all engaged. 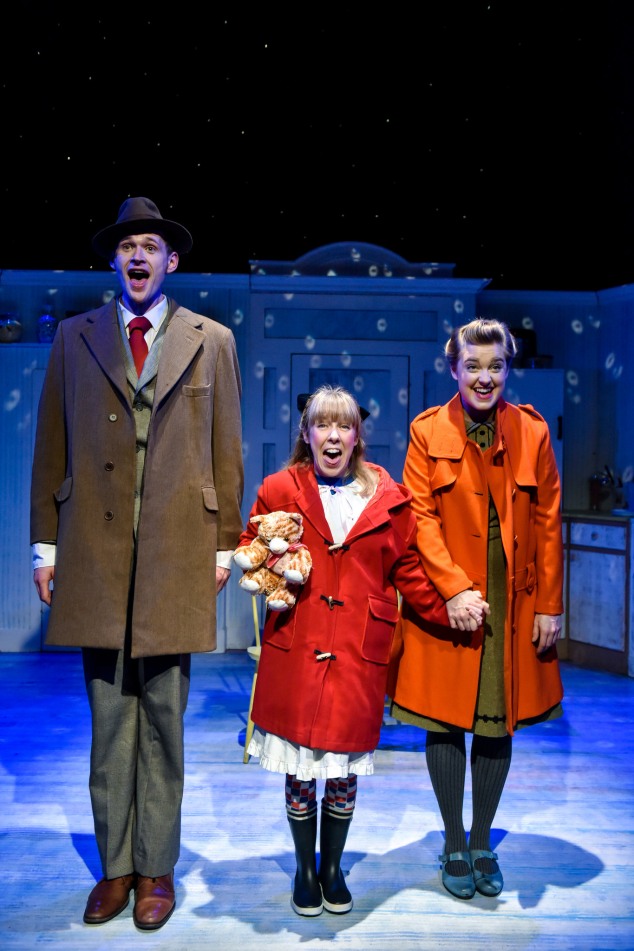 The energy levels are at a maximum from the cast and they are rewarded with squeals of glee from the youngsters for their performances. The show stealer of course has to be the Tiger (also played by Harry Howle) and the excitement definitely goes up a number of levels when he sets his paws on stage. The Tiger is naughty, funny, cuddly AND he wiggles his bum when he dances – who could not love him! 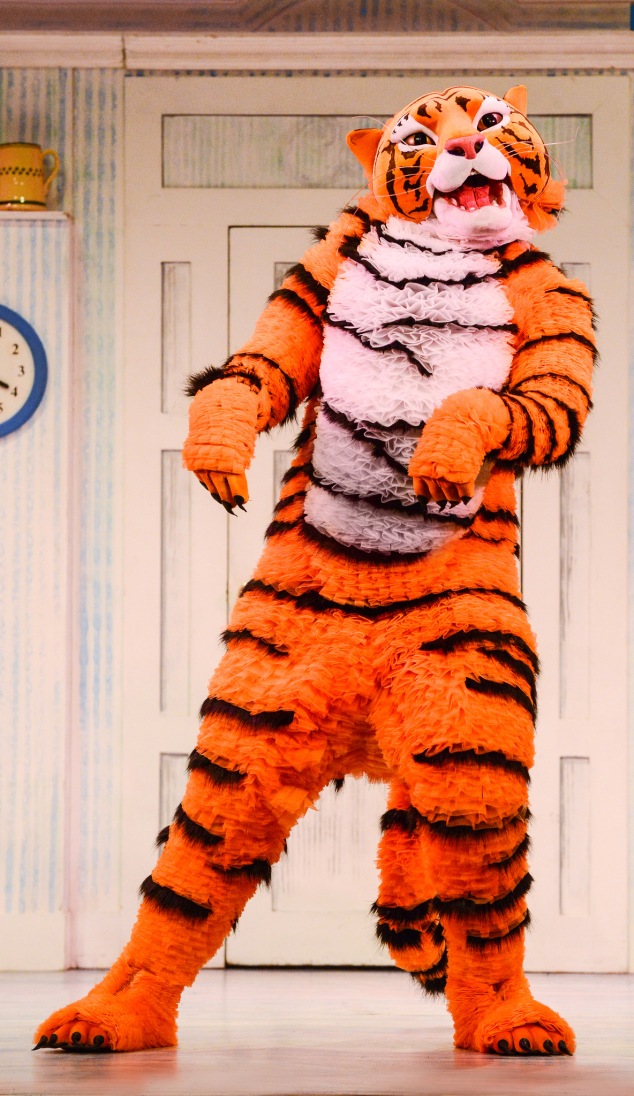 Great fun for all the family this tale of teatime mayhem is a sure fire hit with kids and adults alike. I defy you not to come out of there smiling!

Runs at The Lowry until 30TH July.

My favourite bit was when the Tiger ate all the food and my favourite song was the ‘sausage, chips and ice cream’! I would recommend the show as it was very good and so funny, all the other children loved it too. I think people aged 5 to 8 years old should watch it as it is so enjoyable to shout out and join in the action. At the end of the show I was sad because it was over but then the Tiger came back out and made me laugh again.