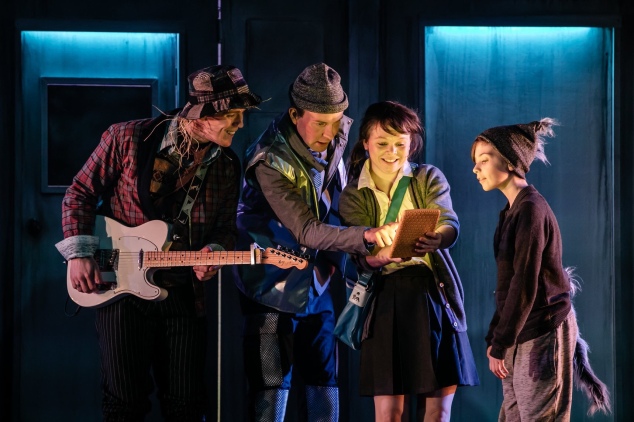 Back in 2011 the Octagon theatre commissioned a team of writers to rework L. Frank Baum’s classic tale; The Wonderful Wizard of Oz. Led by Elizabeth Newman the team created an entirely new and uniquely Bolton adaptation. Now in 2018 it’s time to treat audiences again to their distinctively Northern and delightfully brilliant version of the much-loved story.

While the Octagon undergoes its current refurb the action takes place at the impressive University of Bolton stadium, with the stage and auditorium giving off the wow factor the minute you enter. The setting may be different but the characters and familiar elements are all here in this inventive and entertaining adaptation. 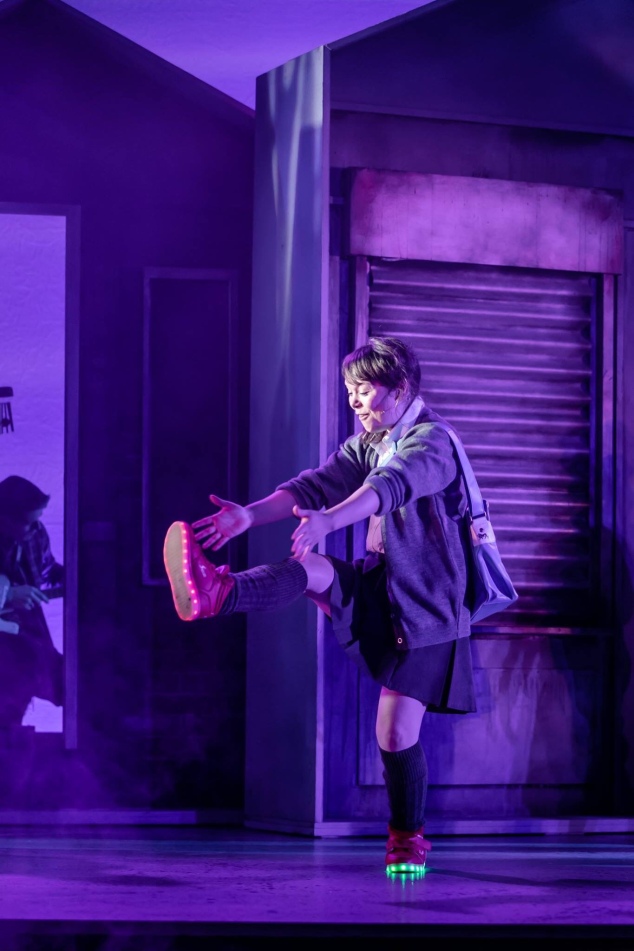 Dorothy is a streetwise and self-assured teenager who lives with her Aunt Em and Uncle Henry, life is tough when you have holes in your shoes and your family don’t realise just how important having the latest trainers is. It gets even tougher when she suddenly and unexpectedly finds herself in the mysterious land of Oz after a freak cyclone hits Bolton.

The ruby slippers in this modern adaptation become light up high-tops; the yellow brick road a hand-held sat nav and the wonderful Wizard (played brilliantly by Matthew Ganley) is a Wiganer who is homesick for a decent pie. 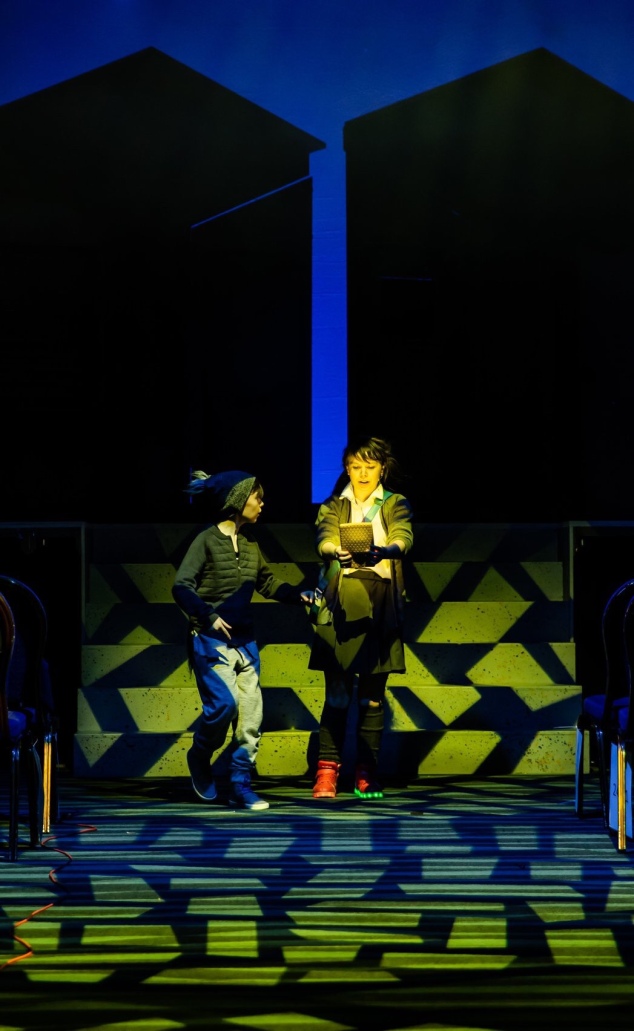 Anne O’Riordan makes for a fabulous Dorothy, determined to find her way home she is a highly skilled storyteller and a charismatic performer, she beautifully engages both young and old as we will her to succeed in her mission.

David Heywood plays the not-so-stupid Scarecrow with great style; warm and witty he jumbles his words hilariously yet somehow makes perfect sense, proving there are much more important qualities than having a high IQ.

Thom Petty is a kind and caring Tin Man, full of heart and love, while Alexander Bean’s Brummie Lion shows true bravery lies in the courage of conviction as he rallies to protect his friends in the face of danger.

The well written script complete with original score and songs from Barbara Hockaday and Rob Hiley entertains from start to finish. The modern edge bringing the story bang up to date and delivering an important message of friendship, bravery, courage and being true to yourself. 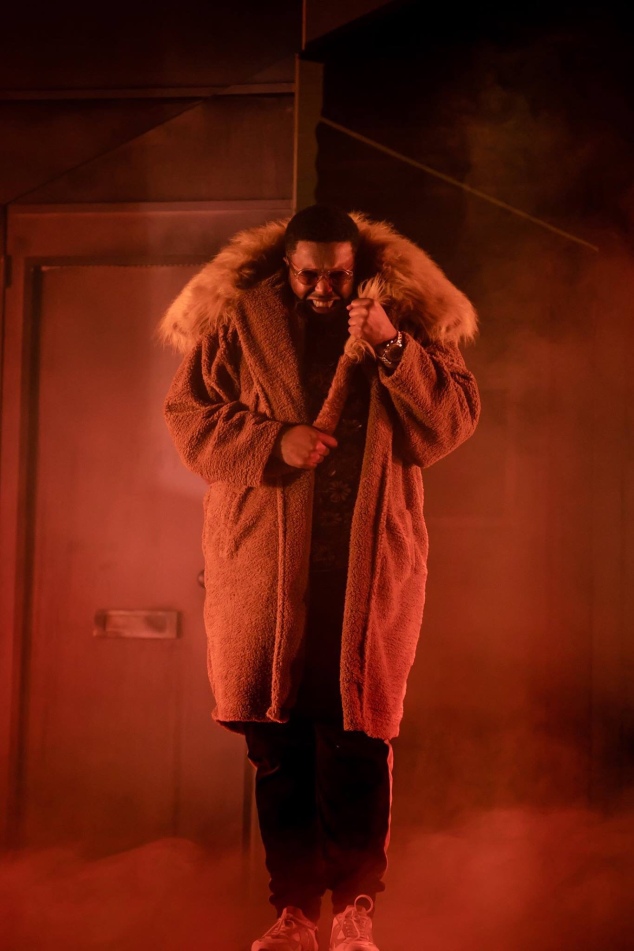 The Octagon once again succeeds in bringing great quality feel-good theatre to Bolton. Ben Occhipinti’s direction is slick and engaging, ensuring the cast make full use of the expansive stage and auditorium, much to the delight of the little ones watching who if they’re lucky might just get a high-five off the Cowardly Lion or even see the Scarecrow take a moment to sit down beside them.

The Wonderful Wizard of Oz is fabulous family entertainment, inventive, fun and perfect for the festive season.

On at the University of Bolton Stadium until December 31st tickets available here. 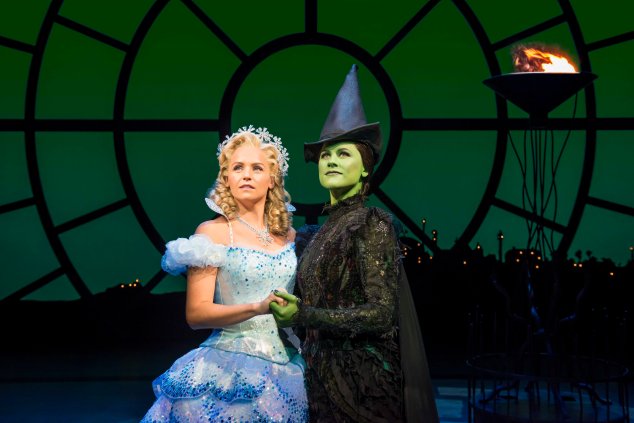 Global sensation Wicked flew into Manchester this week for the final stop on a mega UK and international tour which has travelled over 27,000 miles taking in destinations far and wide from Singapore to Switzerland. This final leg brings it back to Manchester’s Palace theatre offering audience’s one final chance to catch the smash-hit musical outside of the capital.

Based on the international best-selling novel by Gregory Maguire, Wicked has now been seen by over 60 million people worldwide with an incredible 73,000 tickets being sold here in Manchester for this current production. 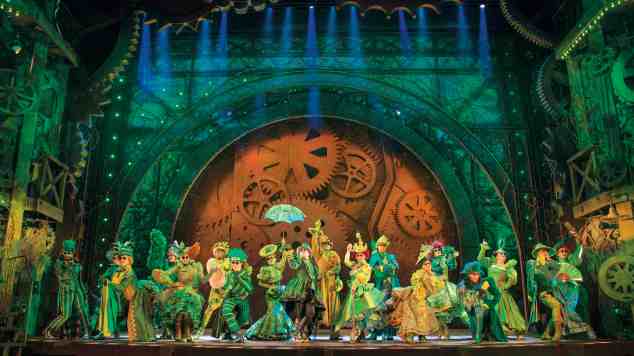 Telling the untold story of the Witches of Oz before, during and after Dorothy so rudely landed on top of one of them, Maguire turns the well-known characters created by L. Frank Baum in The Wonderful Wizard of Oz upside down as we soon begin to realise there are most definitely two sides to every story. We follow the unconventional and unexpected friendship of Elphaba and Glinda who meet on their first day of University and the journey which leads them to ultimately become the Wicked Witch of the West and Glinda The Good.

The familiar becomes unfamiliar, as everything we thought we knew about the magical land of Oz doesn’t seem quite so clean-cut anymore, even questioning the morality of Dorothy at one point, I mean seriously though who does steal a dead woman’s shoes? Amy Ross is truly magical as Elphaba, one of the best performers I’ve seen. She is mesmerising in the role giving a masterclass in stortytelling. Her delivery of the iconic Defying Gravity note perfect and packing a powerful punch, she convinces entirely, nailing every goose bump inducing moment to perfection.

Helen Woolf is superb as Glinda, she portrays the ditsy blonde with real heart and joyful conviction bringing light and sparkle to the piece. She is flamboyant, funny and totally fabulous, her strong characterisation and comic timing ensuring she perfectly embodies Glinda the Good. 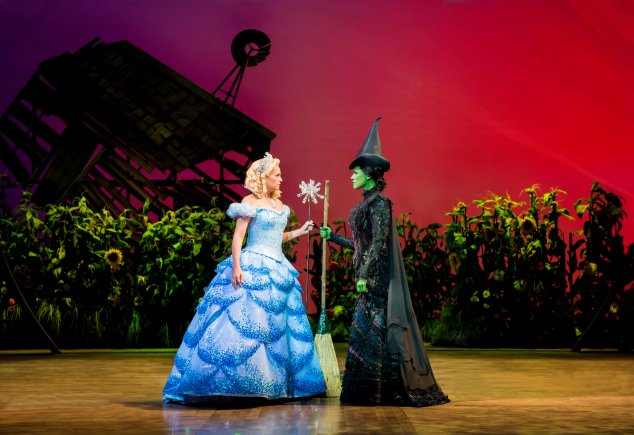 The chemistry between Ross and Woolf is a delight to watch, their friendship entirely believable. Together they are funny, fascinating and at times deeply moving, their powerful duet For Good a real stand out moment which leaves the majority of the audience reaching for the tissues. 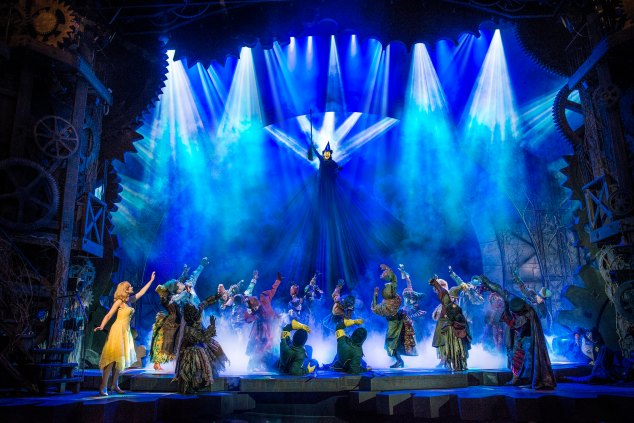 Wicked recently celebrated 15 years on Broadway and is currently one of the longest running productions on the West End and after tonight it’s easy to see why, as a show it never fails to thrill. It’s an outstanding piece of musical theatre which loses none of the wow factor of its West End counterpart. From Eugene Lee’s big, bold set to Stephen Schwartz’s sensational music and lyrics, Wicked delivers everything you could wish for from the magical land of Oz.

The standing ovations will no doubt continue night after night of the 5 week run, the pleasure this perfect production brings is difficult to rival. A spellbinding show which enchants every time.

Wicked is on at the Palace theatre until Saturday 5th January, tickets available here.