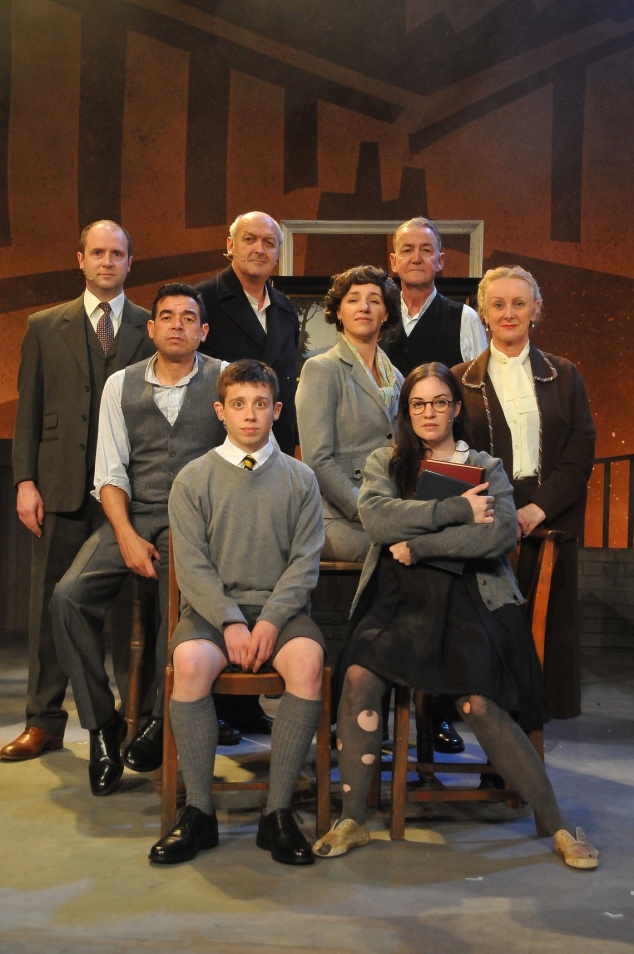 Cast of Twopence To Cross The Mersey. Photo by Dave the Pap.

Set during the time of the Great Depression Twopence to Cross The Mersey is a bleak play which highlights the poverty and squalor of the dark days of the 1930s. Adapted for the stage from Helen Forrester’s most famous novel it is a semi-autobiographical tale of a middle-class family who fall on hard times and move to Liverpool to start over again. Helen (Maria Lovelady) is just twelve years old when her father (Christopher Jordan) is made bankrupt and her plus her six siblings make their way to Merseyside with their socialite mother (Emma Dears) dragging her heels behind. As the oldest child in the family Helen is made to stay at home and look after her newborn brother whilst the others go to school and her parents look for work.

Maria Lovelady puts in a touching performance as the put upon Helen who is made to grow up fast when all she yearns for is to enjoy being young and to go to school to learn. Lovelady has played the role previously and, despite being an adult playing a child, is extremely believable making the audience root for her to get a happy ending.

There’s a plethora of characters throughout the play, portrayed by the eight strong cast, with some impressive quick costume changes from one to another. Hats off to actress Eithne Browne who takes on a massive nine roles, making each one as well-rounded as the other and stealing every scene she is in. 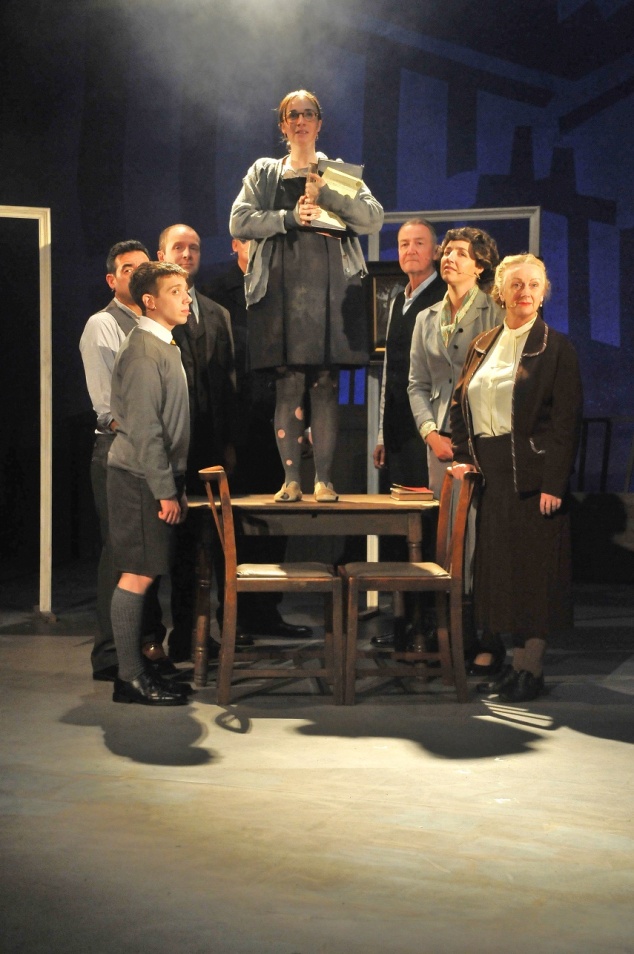 Photo by Dave the Pap.

Christopher Jordan and Emma Dears are great in the supporting roles of Helen’s Mother and Father. Dears’ facial expressions and cut glass accent had the audience simmering in disgust as she expertly displayed the self-absorbed Mother and her inability to think of her children’s welfare before her own.

With a minimal set of little more than two wooden door frames, a table and two chairs the cast had to work hard to create the image of a deprived Liverpool through their acting ,with the help of inventive sound effects and mood lighting. They pulled it off though and proved you don’t always need lavish sets for a production to work.

My only criticism would be the overuse of narration by the characters, in particular Helen, who on numerous occasion went from narrating in character to talking to others onstage which was a little confusing and took a while to get used to. There’s less narration in the second half of the play which makes for smoother viewing and less stilted action.

St. Helen’s Theatre Royal is the last stop on Twopence To Cross The Mersey’s seven venue tour across the North West and North Wales beginning back in September at Liverpool’s well-renowned Royal Court Theatre.