Described by Whats On Stage as a ⭐️⭐️⭐️⭐️⭐️ ‘perfect production’ Amélie the Musical arrives in Manchester next week after wowing audiences across the country as part of its first ever UK tour. Ahead of the shows West End transfer we caught up with Director Michael Fentiman to hear a little more about this magical musical.

How closely does Amélie The Musical resemble the film?

The film refused to behave like any film we may have recognised at the time. The approach to narrative is episodic. Favouring small vignettes, tiny films within a film, that group together to create a collage, a poetic mural that conjures a sense of loneliness and isolation in the bustling metropolis of 90s Paris.

The central character is largely passive. The first rule of script writing is usually that your protagonist is actively pursuing a change in the world they inhabit, Amélie is largely trying to avoid it.

It favours philosophical thought and ambiguity over conflict, sentimentality or explicit didact (usually the staple diet of your blockbuster filmmaker). 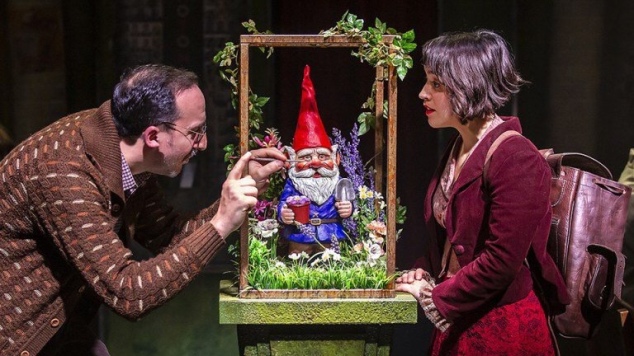 Somehow, by ignoring the rules of what constitutes enjoyable art, Amélie managed to appear in the late 90’s as a hugely enjoyable antidote to all the art that had started to believe there was a formula.

So if the film refused to behave like a film, in some respects Amélie must resist the pressure to behave like a traditional musical. It can’t be loud and brash, that would crush its fragile frame.  It can’t always yearn to please, that would fight the spirit of its aloof, Parisian routes. It can’t resort to slapstick laughs or lean on personal tragedy to illicit tears in ballads. It can’t open act 2 with a kick line or close act 1 with a burst of pyro or a tense cliff-hanger.

But what it can do is invite an audience into a simple, gentle, moving exploration of human loneliness and isolation and the earnest attempts to avoid it. 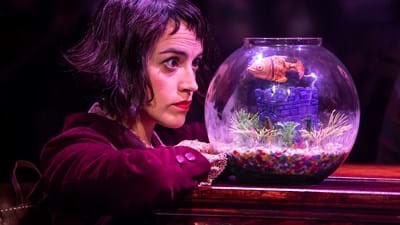 What were the main challenges in adapting it?

The challenge when adapting and staging a piece like Amélie is that the iconography of the film imprints itself so vividly in the mind of its audience, any stage production is in some respects competing with memories of the film. The music of Yann Tiersen, the cinematography of Bruno Delbonnel, Jean-Pierre Jeunet’s left of centre script and dreamlike direction. All smashing together to create something unique, oddly moving and vivid that lingers in the memory. Yet in order for it to satisfy in the theatre we must find a freedom to occupy its own space in our imaginations. It’s a tricky balance to get right.

Can you tell me a little about the music? Do what degree, if any, was it influenced by Yann Tiersen’s original soundtrack?

The music is hugely influence by the tone and feel of Yann Tiersen’s music. How could it not be? We have an amazing company of actor musicians, so we have incorporated into the score multiple violins, cello’s, accordions, pianos and flutes to create a very unique and moving sound.

How did you go about finding your Amélie? The similarities between Audrey Brisson and Audrey Tautou are striking, but we imagine there are some striking differences too…

As soon as I was asked to direct this production, Audrey was the first name I mentioned for the part. We have worked together before. Last time she played a hedgehog (obvious casting for Amélie!)  in a production of The Lion the Witch and the Wardrobe I directed a few years back. She is an extraordinary performer. A rare thing. A classical trained singer, who once toured the world with Cirque de Soleil, a superbly charismatic comic and clown and a sensitive and intelligent actress. She is also a fluent French speaker!

How have you created Paris on stage?

It was impossible to fully realise Paris onstage. So we have tried to capture a smell of Paris so that the audience can fill in the gaps. Are location for the set is one of the iconic Metro stations featured in the film, but from there we are whisked all around the city with simple props, beautiful music, brilliant acting… and a bit of imagination.

What is the enduring appeal of this story?

At a time where we are increasingly feeling at a distance from each other, and to some degree, from the world we inhabit, Amélie is a Musical that seeks connections. Kind connections, that close down distances and make us feel like we are able to look up, smile and reach out to the strange and the stranger.

Amélie is on at the Manchester Opera House from Tuesday 6th until Saturday 10th August tickets available here.