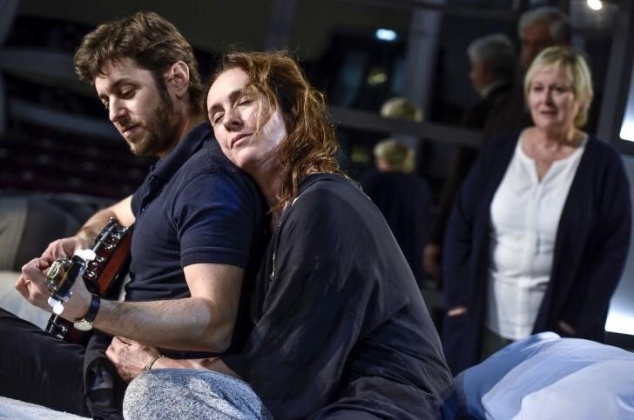 UK theatre goers have seemingly been having an affair with the works of American writer Arthur Miller for decades now. The National Theatre has staged more productions of Miller’s plays than any other writer apart from Shakespeare, which is an impressive feat indeed.

Director David Thacker during his time as the Director of the Young Vic in London staged nine Arthur Miller plays seven of which he directed himself: one of these works The Last Yankee, was a huge commercial and critical success and now 26 years later Thacker reprises his role bringing the play to the impressive Bolton Library Theatre. 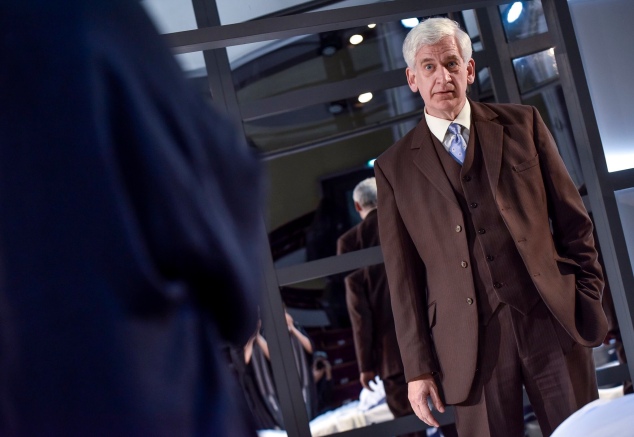 Set in an American psychiatric hospital, we are introduced to two married couples: Patty Hamilton (Juliet Aubrey) and her carpenter husband, Leroy Hamilton (David Ricardo-Pearce). We also have successful business man John Frick (Patrick Poletti) and his wife Karen (Annie Tyson). The two couples are polar opposites: the Hamilton’s have seven children and are just financially struggling to keep their heads above water. Whilst the Frick’s have no children yet a vast wealth at the disposal. Despite their differences the two couples have one thing in common, depression, anxiety and a self-loathing that threatens to not just wreck their marriages but destroy them individually as well.

Miller has crafted a near perfect fable of the chase for the American dream and how quickly it can go sour, whilst raising some important issues about mental health and its treatment. The script is measured and refreshingly low-key, the dialogue is terse and pulls no punches: there is nothing ‘showy’ or flash just an honest, gut wrenching account of a struggle that is becoming more and more prevalent in modern society with each passing day. Despite its weighty subject there is also a great deal of black humour adding a touch and of warmth and a much-needed respite from the drama. 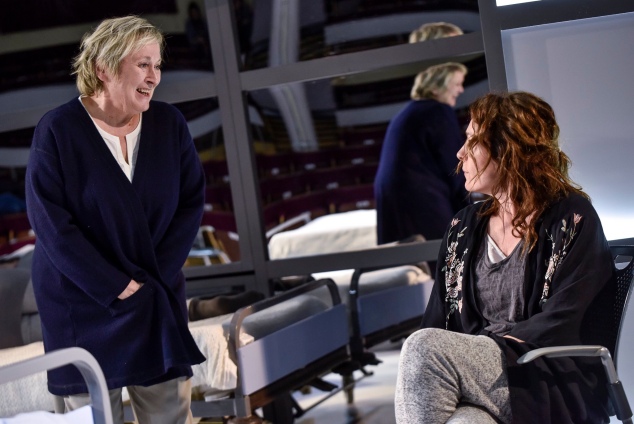 The four leads are superb, the interactions between Poletti and Ricardo-Pearce in the first act sets the tone for the production, Poletti is solid as the snobbish know-it-all, yet clueless, Frick, whilst Ricardo-Pearce gives subtle, weathered performance as the blue collar all American.

Aubrey and Tyson are equally good as Patty and Karen, who’s unlikely friendship is the heartbeat of the production. Aubrey is captivating, filled with nervous energy, that is at times unsettling, whilst Tyson cuts a tragic figure and as the loveable Karen, a performance filled with whimsy and heartbreak in equal measure.

Thacker’s simple but effective directions works beautifully with Ciaran Bagnall’s intriguing set design: throughout performance we see a patient lying motionless in hospital bed, never mentioned or referred to, the proverbial elephant in the room and a damning critique of how we treat mental illness and our attitudes to mental health. This marries perfectly with the wall of mirrors back drop, distorting both perception and reality.

This is a thought-provoking essential production that despite its weighty subject is engaging and accessible, with the time flying by. A production that is superbly acted, powerful, and certainly a relevant message for our times: everything dramatic theatre should be.