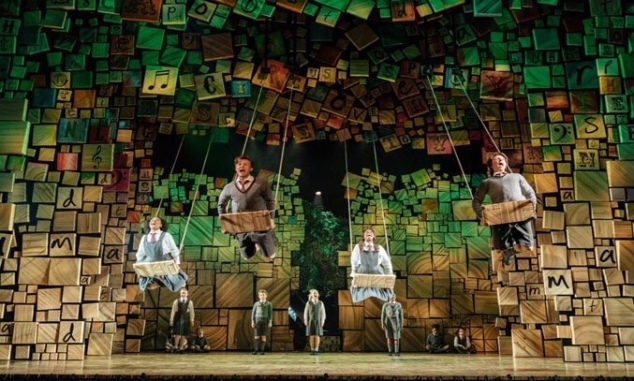 Much anticipation has surrounded the arrival of Matilda to Manchester’s Palace Theatre as part of its first ever UK tour. Based on the much-loved story by arguably the world’s greatest children’s writer, Roald Dahl, the show has been seen by over 8 million people worldwide; within minutes of the opening number starting it is abundantly clear why.

Upon entering the theatre the set immediately impresses, blocks of wooden and coloured letters with shelf after shelf of books adorn the stage as the cast burst into life with opening number Miracle. Tim Minchin’s music and lyrics are packed with witty cynicism, sharp observation and glorious mischief from first note to last as this fast paced, addictive musical draws you in. 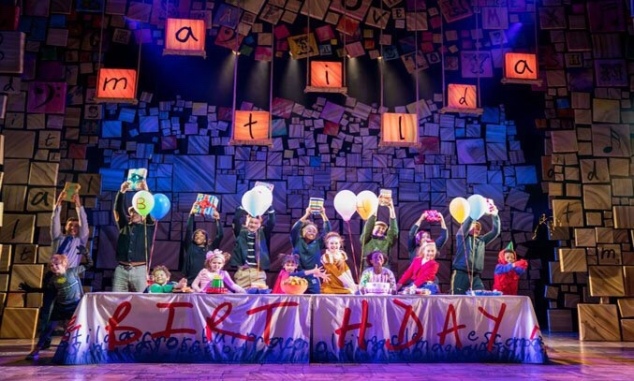 Tonight Sophie Ally takes on the role of Matilda, the unfortunate child saddled with the dimmest and least loving parents in the world. While Matilda wows with her brilliance the woeful Wormwoods are too busy scratching their stupid heads to notice. It is at school she finds her outlet as Miss Honey attempts to cultivate her clever little mind despite the fearsome Miss Trunchbull’s attempts to thwart them.

Sophie Ally makes for a magnificent Matilda, quietly confident and bursting with talent she is the perfect blend of mischief, magic and fearsome might. Her full standing ovation at the finale entirely deserved. 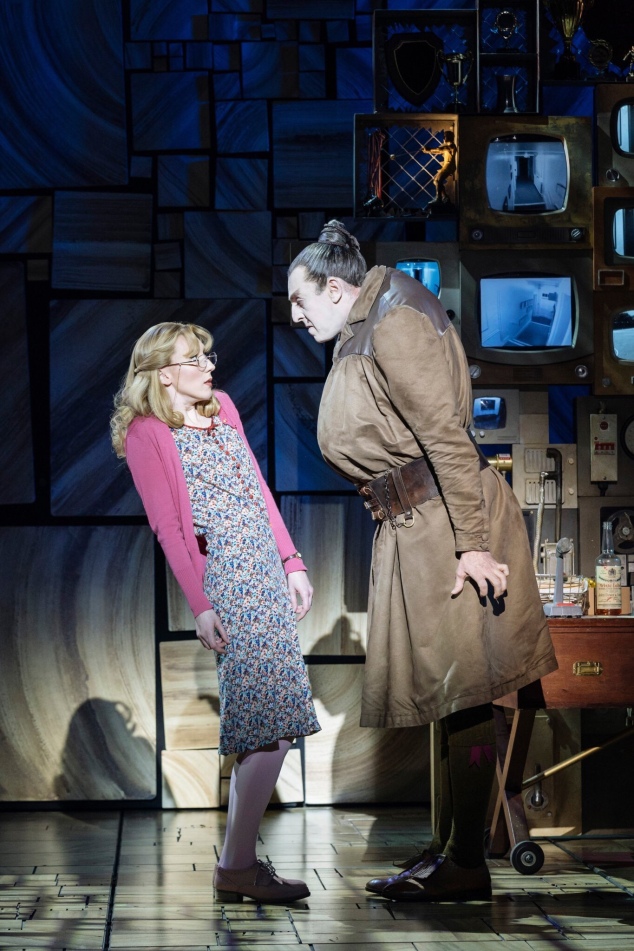 Craig Els reprises his West End role as the towering Miss Trunchbull to great comedic effect. His physical comedy is sensational, embodying the gargantuan villain entirely evoking roars of laughter as well as teeny, tiny, terrified nervous giggles from the audience as he struts menacingly round the stage. He looms large over his students, suspicious about everything and everyone, his insults stinging with hilarious outrage.

As Matilda’s parents the Wormwoods, Rebecca Thornhill and Sebastien Torkia the larger than life cartoonish characters are as grotesquely gaudy as Roald Dahl imagined them, selfish and simple but enormously entertaining they both give a star turn in demonstrating everything a parent shouldn’t be via their hilariously outlandish actions. 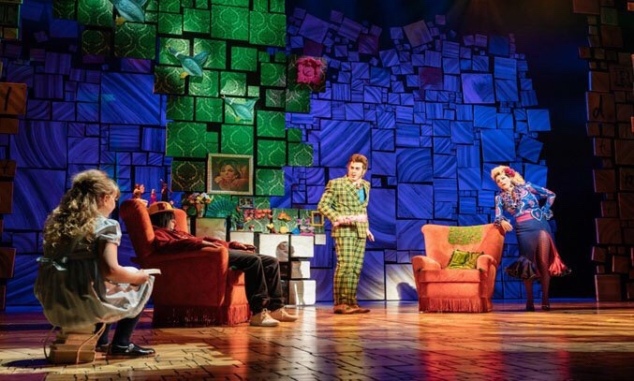 The true starts of the show are of course the ensemble of incredibly talented children who deliver Peter Darlings choreography with punchy precision. Their joyful enthusiasm is soaked up by every member of the audience, hitting a magnificent climax in the final number, the utterly addictive Revolting Children. Through scene after scene the sheer talent on stage renders you speechless, enthralled and desperate for more. The now iconic swing scene during When I Grow Up is heart-warming and beautifully effective in its childlike innocence and impressive staging. 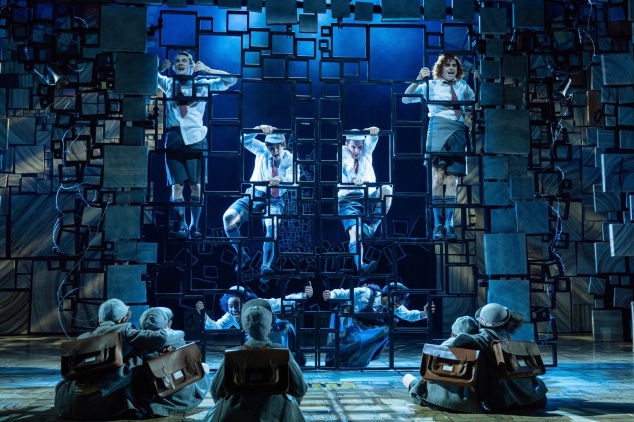 Matilda is one of those uniquely brilliant shows which don’t come around very often. Every piece of the puzzle fits perfectly together from Tim Minchin’s magnificent music and lyrics to Dennis Kelly’s razor-sharp book. Matilda captures the hope and joy in celebrating and embracing difference, being who you want to be even and standing up for what you believe in…even if that means you have to be a little bit naughty. This RSC production evokes wonderfully one of Shakespeare’s most famous quotes, ‘And though she be but little, she is fierce’.

Matilda is on at the Palace Theatre until Saturday 24th November, tickets available here.