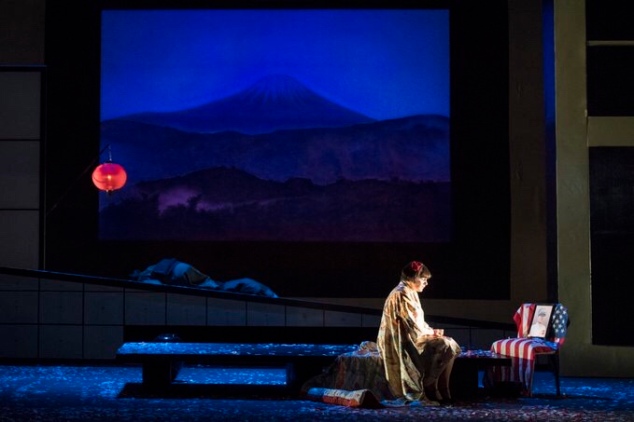 Puccini’s heart-breaking tale of passion, betrayal and ultimate devastation is brought to life beautifully at the Lowry this week as part of award-winning Opera North’s exhilarating ‘Fatal Passions’ season.

Young Japanese girl Cio-Cio-San (Anne Sophie Duprels) marries and falls deeply in love with US naval officer, Lieutenant Pinkerton (Merūnas Vitulskis) who has purchased the right to marry her and unlike his bride sees the marriage as a temporary arrangement. Cast out by her family Cio-Cio-San devotes her entire being to her American husband only to be abandoned by him when he cruelly deserts her and returns to the United States. Hopelessly devoted she remains true to her love, watching and waiting patiently for him to return with only her maid Suzuki (Ann Taylor) and the young child she had months after her husband’s departure for company.

Sung in Italian with English subtitles the narrative is wonderfully clear with the cast acting each scene beautifully. The changes Cio-Cio-San goes through are dramatic and at the same time desperately tragic. From sweet and innocent geisha with painted face and stunning kimonos to American influenced 1950’s dress complete with blunt bob as despair and obsession over the return of her missing husband overcome her.

Returning to the production are Anne Sophie Duprels, Ann Taylor and Peter Savidge, all excel in their respective roles. Anne portrays Cio-Cio-San perfectly, her exceptional acting sees her as a delicate flower in Act I who morphs into a broken and tragically desperate figure in Act II. Her voice is hauntingly beautifully and packed full of emotion.

Ann Taylor as faithful maid Suzuki is exceptional. Crushed to the core by the fate she sees befalling her mistress, her devastation feels real and powerful. Peter Savidge delivers a warm and entirely convincing performance as the upstanding and honest Sharpless, somehow knowing how this story would end before it even began.

Merūnas Vitulskis is charming as the dashing Pinkerton, his commitment to the role ensures the audience love to hate him, even receiving a pantomime like booing at the curtain call.

Hildegard Bechtler’s eye catching set it ever-changing, with sliding panels which reveal views of the outside world we never actually get to physically see, symbolic of Cio-Cio-San’s isolation. This two act opera takes place entirely in Cio-Cio-San’s home allowing the story to be the entire focus of this mesmerising production. Peter mumford’s lighting design is gently subtle, perfectly displaying Ana Jebens striking costumes. 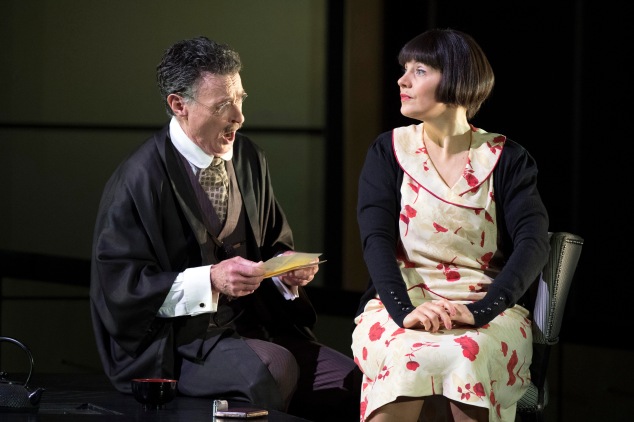 With a soaring score to match the faultless performances delivered note perfect by the orchestra of Opera North, Madama Butterfly is a gripping, impassioned and heart-breakingly beautiful production. Opera North succeed wonderfully in packing this much-loved opera full of emotion and powerful passion, with a wonderfully clear narrative which will please both those new to opera and seasoned fans alike, just don’t forget your tissues!

One more performance at The Lowry on Saturday 10th March, tickets available here.