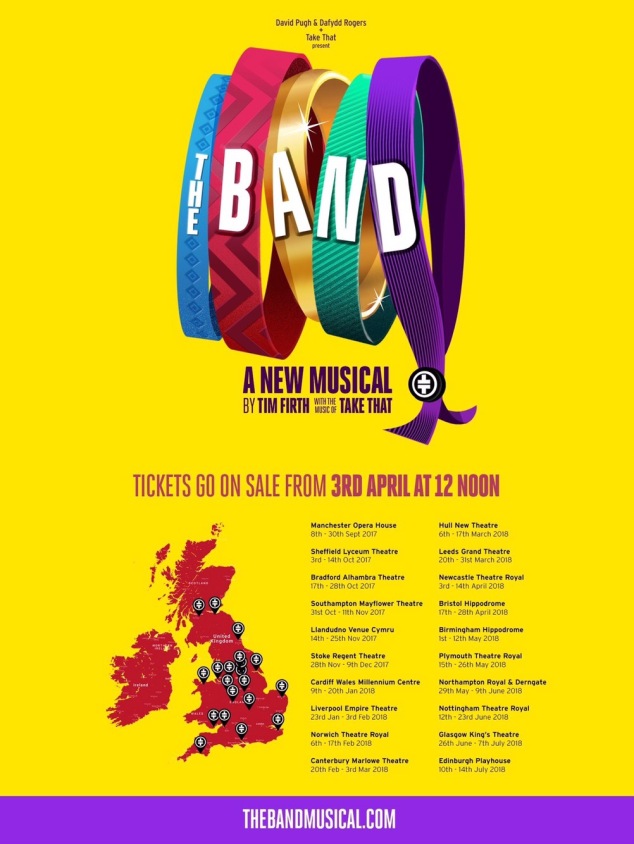 Tim Firth’s new musical, The Band, a much anticipated Take That jukebox musical, went on sale at 12 noon today and within the first two hours, the Box Office took a whopping £2 million, making it the fastest selling theatre tour ever, and crashing Box Office systems across the country, wow! Luckily dedicated fans had a little Patience and systems were soon back up and running.

We’re thrilled to hear Promises that the UK Tour will begin at Manchester’s Opera House on 8 September were true, with a national press night on Tuesday 26 September 2017. The tour will take in 20 cities including Sheffield, Cardiff, Liverpool and Edinburgh and will tour right through until July 2018, here at Opening Night we’re 100% Sure it will Reach Out to both Take That and musical theatre fans alike.

The new musical shares a story many of us can relate to as we meet five 16 year-old friends in 1992, to whom ‘the band’ is quite literally their everything. 25 years on, we are reunited with the group of friends, now 40-something women, as they try once more to find heaven and meet their heroes.

The Band will be played by AJ Bentley, Nick Carsberg, Yazdan Qafouri Isfahani, Curtis T Johns and Sario Watanabe-Soloman, who, as Five to Five, won BBC’s Let It Shine.  Playing the parts of Rachel and Young Rachel will be Rachel Lumberg and Faye Christall respectively.  Further casting is soon to be announced as producers won’t want fans Waiting Around.

The Band will be directed by Kim Gavin and Jack Ryder, designed by Jon Bausor (who recently designed the epic Bat Out Of Hell set) and choreographed by Kim Gavin, with lighting design by Patrick Woodroffe, video design by Luke Halls and sound design by Terry Jardine and Nick Lidster. 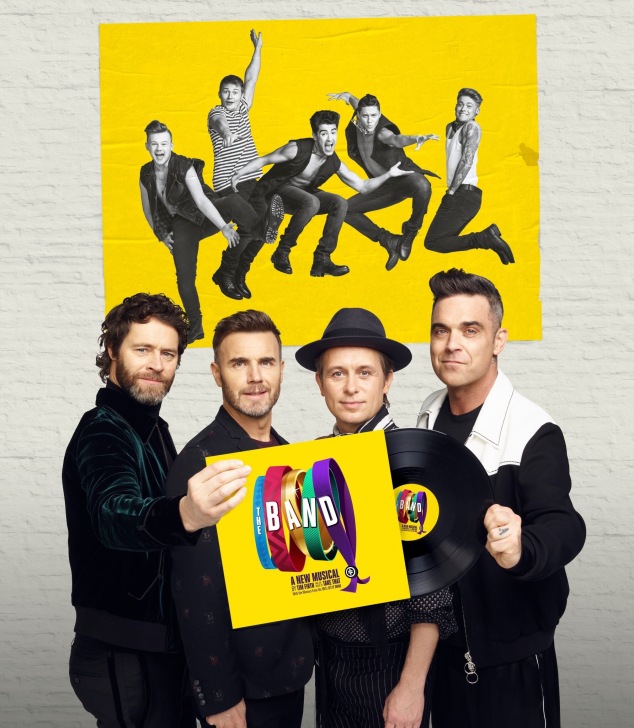 Produced by David Pugh & Dafydd Rogers and not forgetting Gary Barlow, Howard Donald, Mark Owen, Robbie Williams, The Band will no doubt relight the fires of many Take That fans proving the boys are Back For Good.