From the moment the curtain rises on Matthew Bourne’s Cinderella, you could be forgiven for thinking you were at the cinema and not at the ballet: for this is the level of detail that Bourne has pains-takingly crafted into this beautiful, dark fairy-tale that recrates the horror of a blitz battered Britain.

The Bother’s Grimm classic is given the Bourne treatment as we are transported to London, 1940: Cinderella, is still the down-trodden, skivvy to her wicked step-mother Sybil, and her loathsome step-children whilst also caring for her invalid war-hero father, Robert. However a chance meeting with Harry, an RAF pilot, whilst a welcome intervention from Cinderella’s guardian Angel, sees Cinderella off to the ball. 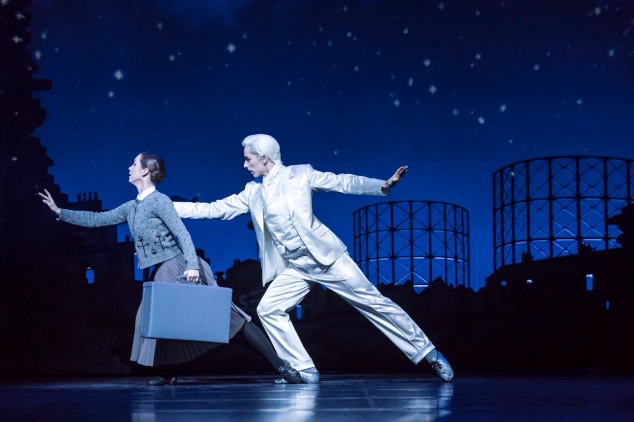 With all the perils that exists in war-time London: from rabid gangs, air-raids and not to mention you’re own step-family trying to murder you, will Harry and Cinderella share their happy ever after?

This was my first experience of the ballet and I absolutely loved it. Bourne has taken a tale we’re all enormously familiar with and made it his own: filled with a great deal of warmth, humour and a very real sense of urgency and peril, Cinderella is outstanding. Ashley Shaw is perfectly cast as Cinderella: we see her transform from shy, meek girl, to a beautiful strong woman, whilst she maintains a sense of resilience that runs through her performance from start to finish. One scene involving her dancing with both a mannequin and Harry as a mannequin dummy is full of humour and passion, and if any one scene were to encapsulate this show then this would be it. 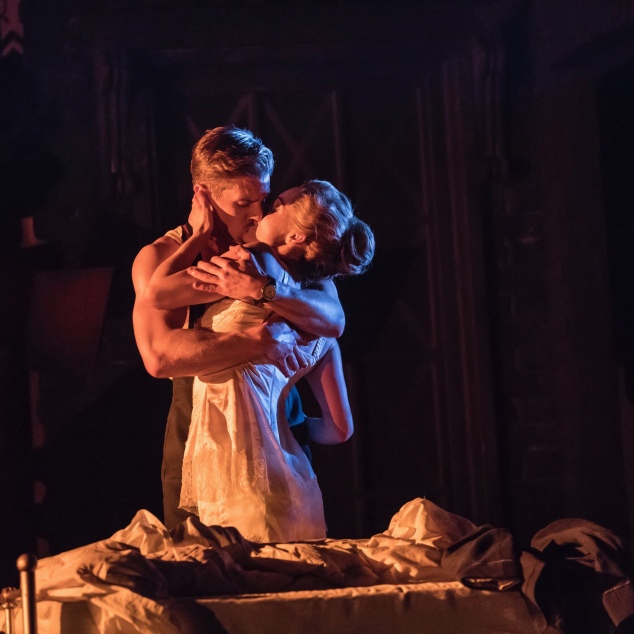 Andrew Monaghan is solid as the handsome pilot Harry: fully committed in his love for Cinderella and the feeling of desperation of having lost her. Anjali Mehra is fantastic as Sybil, the evil step-mother: suitably wicked whilst strangely alluring, clad in black throughout she certainly has fun with the role. However for me, the production is anchored by Paris Fitzpatrick who is not only Cinderella’s ‘fairy Godmother’ but also an angel of death looming over proceedings: imagine the grim-reaper only with some splendid dance moves and better threads! You’re never quite sure from his appearance if it will signify pain or pleasure.

The show would certainly warrant a second viewing as there so much going on, perfectly exemplified during The Café de Paris section, a drunken dance towards the end of the scene. In addition, there are several blink and you’ll miss them comic interludes from the salvation army and a child being admonished by his mum.

This is almost more a love letter to cinema than a ballet, with Bourne paying homage to classic films of the 1940’s, however undoubtedly there is the influence of modern day directors like Tim Burton and Guillermo del Toro. This is fully apparent in the fabulous set and costume design by Lez Brotherston: so vivid and full of life: on one hand there is the cold great nightmare that is Cinderella’s life in stark contrast to the extravagance and lavish of the ball at the Café de Paris.

Despite its 1940’s setting this production has a very modern feel to it: with some strong female characters throughout from Cinderella herself, to fighting military women, there is also a same sex relationship between a soldier and step-brother which would have of course been illegal back then.

Cinderella has something for everyone: from ballet aficionados to ballet virgins like myself you cannot help but bowled over by the fantastic choreography and the rich engaging timeless story telling.

Matthew Bourne’s Cinderella is on at the Lowry until Saturday 17th March tickets available here.